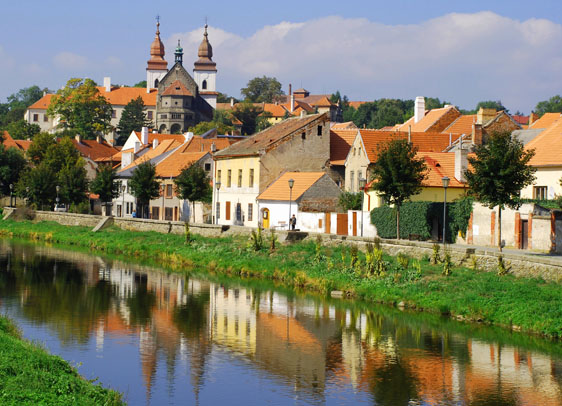 In 2007 I visited the town of Trebic, in the Czech Republic. It has the dubious honor of being the last totally intact Jewish settlement from the WWII era. It is listed on the UN World Heritage List (http://whc.unesco.org/en/list/1078/ ). The buildings stand, still, almost all vacant, just as they were during that nightmare week in the early 1940’s when first the men, then the women and children were forcibly taken from their homes and sent to concentration camps under Nazi occupation.

The genesis of the aberrant mental construct that led to this event was the subject of a new documentary directed by Justin Strawhand and produced by Peter Demas. The movie, War Against the Weak is a hard-hitting 90 minute journey through about 80 years of intellectual and public policy development in what came to be known as the science of Eugenics. This little known branch of biology can be defined as “the study and practice of selective breeding applied to humans, with the aim of improving the species.” It sounds innocent enough, right? Wrong. It was, in the worst possible sense, misguided science.

What this insightful documentary, adapted from a book by Edwin Black, does is take you through the step-by-step development of first the study of biometrics by Francis Galton in the U.S., then the application of these principles to “criminal elements.” This eventually led to funding for Charles Davenport by the Carnegie Foundation and the hiring of Harry Laughlin.

Both Davenport and Laughlin were pillars of the ill-fated Eugenics movement of the WWI and post WWI era in the U.S. and among the founders of the American Eugenics Society (AES). And, other well known figures were also either strong advocates, or complicit in what became mass forced sterilization of people who were deemed undesirable for purposes of developing a strong gene pool. An estimated 63,000 people were sterilized under laws enacted by more than 20 U.S. States.

Some of the supporters of Eugenics were: President Theodore Roosevelt, Margret Sanger (founder of Planned Parenthood), the Rockefeller Foundation, and, eventually, Adolf Hitler. Terms like “pedigree” and “moron” and “intelligence testing” came from this movement. Further, the film reveals that the explicit objective was to remove the so-called “submerged tenth” of the U.S. population from the gene pool, either by sterilization or the withholding of medical care. But as reprehensible as this was, it paled in comparison to how the concepts were taken and used by the Third Reich.

During the rise of Nazism in post WWI Germany, Dr. Otmar Freiherr von Verschuer was appointed co-director of the Rockefeller Foundation-funded Kaiser Wilhelm Eugenics Institute (KWEI) in Germany, an offshoot of the AES. The KWEI was particularly interested in the difficult intellectual problems posed by genetics and human biology and heredity. By 1937 Verschuer had taken Dr. Josef Mengele as his assistant. By 1943 Mengele was at Auschwitz, at Verschuer’s recommendation, conducting unimaginably terrifying experiments on laborers and twins at the camp. The movie notes that of the 1,500 twins that “passed through Mengele’s hands” only 200 survived.

Throughout the unfolding of the movie the filmmakers punctuate the abundant and rich historical footage they bring to bear on the subject matter with modern-age face-to-face interviews with people that would likely have been classified has misfits or “undesirable” under the rules of Eugenics. A schizophrenic woman sterilized by the Nazis, a woman that has epilepsy and suffers Gran Mal seizures, a homeless man who had been a drug addict, an inter-racial couple; all of these people show great truth and honesty in their interviews. They also show vulnerability and weakness; those attributes that would not have been desirable for reproductive purposes under either the AES or the KWEI.

This is used to tie the theme in nicely to a visual effect the viewer is left with; that of a DNA strand across the screen with the overlay of recent statistics on the abuse of human rights in the name of genetics. The implicit question is, of course, related to the modern Human Genome Project and the use to which this information will be put to.

After watching the film I reflected back on the visit I made to Trebic. I had such an eerie feeling while we were there. I had heard about the Holocaust, but never before had I walked in the footsteps of those who perished in the wake of the Eugenics tsunami. May this history be a warning to all of us.

Jane Ginn is the Managing Director of the Arizona-based consultancy SedonaCyberLink.com

Another very interesting documentary making the rounds on Eugenics is Maafa21. Have you watched it? Powerful- a must see. View Maafa21 trailer here : http://www.maafa21.com