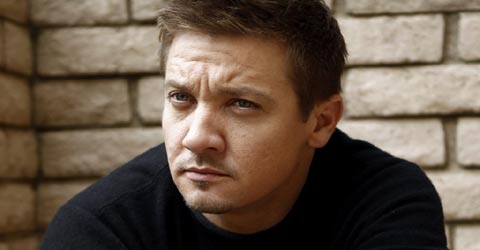 Kill The Messenger, the in-development movie based on the true story of journalist Gary Webb, has been in development for quite a long time now. The project was first set up at Unuversal eight years ago by producer Scott Stuber, however, it has wallowed in development hell ever since. But finally the film has gotten some good news that could very well put it on the fast track.

Deadline has learned that in advance of next week's Berlin Film Market Jeremy Renner has signed on to both star in and produce Kill The Messenger. Michael Cuesta, who won an Emmy last year for his work on the critically beloved Showtime series Homeland, is set to direct the film based on a script by Peter Landesman (who is currently directing the new JFK assassination drama Parkland).

For those unfamiliar with the story, Gary Webb was a reporter working for the San Jose Mercury News who wrote a three-part series about the connection between the CIA and the Contras in Nicaragua who were smuggling cocaine into the United States, which was then sold as crack in Los Angeles. Following the report the government organization began a smear campaign against the writer, leading Webb to kill himself. He was 48 years old.

Landesman based his script on two separate books, including Webb's "Dark Alliance: The CIA, The Contras, And The Crack Cocaine Explosion," and "Kill The Messenger: How The CIA’s Crack-Cocaine Controversy Destroyed Journalist Gary Webb" by Nick Schou. Production is aiming to begin this summer, though there's no official release date in place yet.