Demanding the Evidence on Abbottabad: Even the Media Establishment Is Wary - The Constantine Report
0 SHARES

Assassinations » Demanding the Evidence on Abbottabad: Even the Media Establishment Is Wary

Demanding the Evidence on Abbottabad: Even the Media Establishment Is Wary 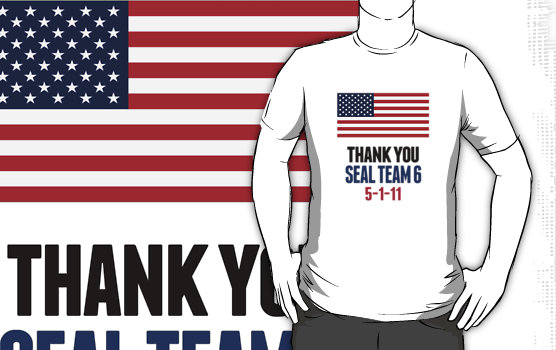 Since the Navy SEAL raid in Abbottabad, we’ve been raising questions (here and here) about the stories we were told—and what we were not told.

It seems we have company in feeling that the government is not leveling with us.

The Associated Press is the establishment, and so they tend to be quite cautious. Yet look at this, as reported by Atlanticwire:

President Obama’s decision to withhold the visual evidence of Osama bin Laden’s death has created a fundamental disagreement between the White House and one of the largest journalism organizations in the world. “This information is important for the historical record,” said Michael Oreskes, senior managing editor at The Associated Press. “That’s our view.”

It’s worth pointing out that “important for the historical record” is a tactful way of dressing up the issue. The United States is supposed to be a democracy, but for a very long time the citizens have had good reason not to trust what they are told about what is done in their name, and why. (Gulf of Tonkin, Iran Contra, Weapons of Mass Destruction, on and on—name your favorite deception.)

Last Monday, the AP filed a Freedom of Information Act request for the photographic and video evidence taken during the raid on bin Laden’s compound in Abbottabad, Pakistan.  The organization’s FOIA request included a reminder of the president’s campaign pledge and a plea to be more transparent than his predecessor. ”The Obama White House ‘pledged to be the most transparent government in U.S. history,” wrote the AP, “and to comply much more closely with the Freedom of Information Act than the Bush administration did.’”

Again, what AP presumably really meant was that there’s a staggering gap between Obama’s promise to open up government and what he has actually done. For more on this, see this recent example from the publication  Secrecy News, just one of hundreds. (In this case, a report on corruption in the Afghan Central Bank was removed from the USAID website after the agency reclassified some of its contents.)

Back to the AP story:

Two days later, the president told60 Minutes he would not release any of the footage related to the raid, including video of bin Laden’s deep sea burial and photographs of his slain corpse. Though Oreskes voices his disagreement diplomatically, there’s no way around it: The AP believes the president is wrong to maintain exclusive ownership of the evidence. ”We’re asking to see it,” said Oreskes in an interview with The Atlantic Wire. “It’s about us saying we would like to make our own news judgements about news worthy material.”

Diplomatic as ever. But the difference between what members of the corporate-funded media write and what they say in private over drinks could, well, fill a newspaper. Basically, by now, even the most clueless establishment reporter is starting to get a clear sense that something ain’t right in Washington, and that it doesn’t really matter who is president or what party he calls his own. Not when powerful international interests—and hugely valuable natural resources—are at stake.

The president insists that releasing bin Laden’s photograph violates common decency and puts U.S. troops in harm’s ways. “We don’t trot out this stuff as trophies,” he told Steve Kroft on 60 Minutes. “I think that given the graphic nature of these photos, it would create some national security risk.”

Many in the press have agreed. “To put his head on a digital spike and display his mangled head is, indeed, not the Western way,” wrote Andrew Sullivan on Wednesday.

That comment, of course, hardly backs up the claim of a national security risk. But it does underline something: the “Western way” is, increasingly, to kill by remote control, to pretend no one actually dies, to deny the human toll behind strategic and tactical decisions based on scenarios that no one can any longer properly explain. Like how Osama became such a powerhouse in the first place, what his real influence was, or why the US is still in Afghanistan.

But a journalist’s prerogative is to ask questions and find answers, said Oreskes. “It’s our job as journalists to seek this material.”

“We’re not deciding in advance to publish this material,” he pledged.  “We would like our journalists, who are working very hard, to see this material and then we’ll decide what’s publishable and what’s not publishable based on the possibility that it’s inflammatory.”

Coming from a country where shock value is increasingly the gold standard, it’s a decidedly odd notion that when a story is really big is the only time to be delicate with sensibilities.

Senator Lindsey Graham, Senator Susan Collins, Rep. Peter King and The Wall Street Journal’s Peggy Noonan have each sought the photos release at one point or another. They each maintained that bin Laden, of course, is dead and the White House’s narrative is to be believed. But photos should be released to tamp down conspiracy theories.

It’s interesting that nobody respectable will admit to private concerns about the conflicting stories we’ve been told about Osama and Al Qaeda over the years. Of course the White House’s narrative “is to be believed”, but, um, can we please see the proof anyway? Just for the heck of it?

For Oreskes, the photo is an important piece of evidence to establish what happened during the Navy SEALs raid on bin Laden’s Abbottabad compound. ”In the week since the raid there’s been a whole series of story-lines about what happened in this raid,” said Oreskes. “At this point, anything that might shed more light on what occurred is potentially quite newsworthy. So we would like this imagery to fully understand what happened during this event.”

“I can’t tell you what understanding we would get,” he prefaced. “But we would like to see it and compare it with other things we’re being told about this raid both by U.S. officials and officials in other countries.”

What he presumably means is that there’s something fundamentally wrong with the inconsistencies in the White House version of events, and if we can’t even resolve those, how can we ever trust it on more mundane matters?

The AP isn’t alone in wanting more insight on the specifics of the raid. When it eventually surfaced that bin Laden was not killed in a firefight, his wife wasn’t used as a human shield, there was no live footage of the event and the “mansion” where he lived was only worth between $250,000 and $480,000, many became skeptical of the White House’s narrative. Other organizations that have filed FOIAs include Politico, Fox News, Judicial Watch and Citizens United. Oreskes sympathizes with the president. “This is obviously one of his most difficult decisions and we understand that.”

Actually, we don’t even really know that it was one of his most difficult decisions. And we don’t even know that it is really his to make. The real story of how decisions are “made” by the temporary occupants of the White House has a lot more to do with permanent constituencies and power centers inside and outside government that have been shaping events globally for decades. Those who read accounts of former insiders, from Fletcher Prouty (former chief of special operations for the Pentagon) to Col. Lawrence Wilkerson (former chief of staff to Secretary of State Colin Powell) to investigative reporters (sorry—personal plug—yours truly), know that there’s far more intrigue in this process than even the president himself may know.

At best, presidents, who lack personal knowledge of the complex details, hidden agendas, and cooked intelligence, are dependent on how the options are presented to them and framed by unseen others. The truth is too sensitive to share with mere mortals like Obama, who at worst will be out of the way in a few short years. Meanwhile, every president has a stake in hiding how little real power he actually has.

This is a well-written and FAIR analysis of the current standing of secrecy and information flow from our government. Aside from the number of lies given to justify wars, incursions, interventions, etc., we can add the lack of critical information regarding 9/11, such as a true model reenactment of the collapse of the World Trades towers, and what actually struck the Pentagon. In both cases, evidence could be proffered by the government to squelch all conspiracy theories and be done with it. The choice to NOT release photos, to NOT have realistic modeling, shows me that they are alright with the existence of “conspiracy theory”, as it allows monitoring of opposition, allows separation of “wheat” from “chaff”, true believers from skeptics, and the listing, tracking, and monitoring of same.