Also see: "The Crucifixion of Dan Mitrione: CIA Torturer of Innocents was Tortured to Death by the Tupamaros in Retaliation" 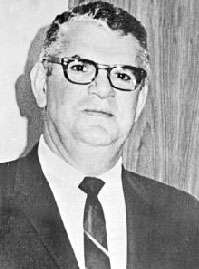 (UKPA) - Long-secret diplomatic documents revealed US President Richard Nixon wanted Uruguay's government to threaten to kill leftist prisoners to try to save the life of a kidnapped American agent 40 years ago this week.

The highly classified State Department papers suggest the US government knew about and encouraged the use of paramilitary death squads to crack down on leftist insurgencies in 1970.  That was even before military dictatorships ousted democracies across much of South America in the years that followed, according to the National Security Archive, which published the documents.  The cables focus on the kidnapping of Dan Mitrione, a former Indiana police officer and FBI agent who was advising Latin American governments, including Uruguay's, on techniques for interrogating subversives. http://www.google.com/hostednews/ukpress/article/ALeqM5hD0EiXlLiBajsBqmk0dhpIJBO7xw

by Our Foreign Desk | 13 August 2010 Long-Secret diplomatic cables released earlier this week show that former US president Richard Nixon wanted the Uruguayan government to threaten to kill leftist prisoners to end the kidnapping of a US agent 40 years ago.

The National Security Archive, which published the papers on Wednesday, said that State Department cables suggested that the US government knew about death squads which attacked leftist insurgencies even before military dictatorships ousted democracies across much of south America. The cables focus on the kidnapping of Dan Mitrione, an FBI agent who had been advising Uruguay on interrogation techniques. Mitrione's captivity and eventual murder were part of a wave of kidnappings of foreign officials by the Tupamaros who hoped to use them in a prisoner exchange and eventually topple the government. Instead, it prompted an intense police and military response that resulted in the arrest of Tupamaro leader Raul Sendic and hundreds of other guerillas and set the stage for Uruguay's dictatorship in 1973. The documents show that, while publicly calling for amnesty and offering ransoms, the Nixon administration was very different behind the scenes. "We have assumed that the government of Uruguay has considered use of threat to kill Sendic and other key MLN prisoners if Mitrione is killed. "If this has not been considered, you should raise it with GOU at once," former secretary of state William Rogers cabled to then US ambassador Charles Adair. Mr Adair replied saying he had met top Uruguayan officials who intended to take "severe measures." But, despite US pressure, the Uruguayan government treated Tupamaro Mr Sendic in a military hospital for wounds suffered during his arrest. He, like other jailed Tupamaros, was sentenced to prison. Another jailed Tupamaro, Jose Mujica, also served a lengthy prison term, then entered politics and became Uruguay's president this year. "The documents reveal the US went to the edge of ethics," said archive director Carlos Osorio. http://www.morningstaronline.co.uk/index.php/news/content/view/full/94012