Columbia University Defends Its Ties to Nazi Germany: "Everyone Was Doing It" - The Constantine Report
0 SHARES

Nazis On Campus » Columbia University Defends Its Ties to Nazi Germany: "Everyone Was Doing It"

Columbia University Defends Its Ties to Nazi Germany: "Everyone Was Doing It" 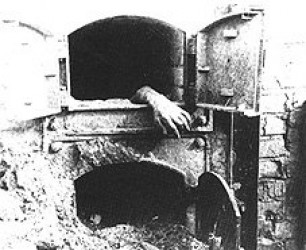 NEW YORK — Columbia University is coming under increasing criticism over revelations that it built friendly relations with Nazi Germany in the 1930's. Now Columbia's provost is firing back – but he may have shot himself in the foot.

The controversy began last month when the David S. Wyman Institute for Holocaust Studies publicized research by one of its scholars, Professor Stephen Norwood of the University of Oklahoma, revealing a series of steps taken by Columbia president Nicholas Murray Butler during 1933-1937 to forge ties with the Hitler regime.

After first trying to avoid the issue, Columbia officials are now defending Butler's actions on the grounds that many other prominent individuals behaved similarly ...

Nazi-Style Medical Experimentation w/ Child Subjects in the US