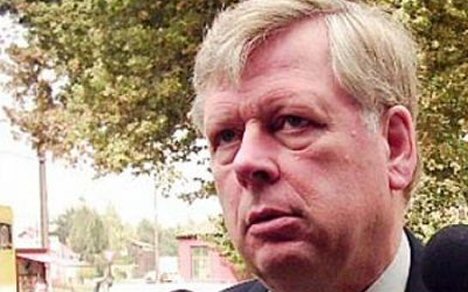 Jorge Zepeda, minister of jurisdiction at the Court of Appeals in Santiago, Chile has closed his investigation of Dr. Hartmut Hopp Miottel,  charged with conspiracy and human rights violations at Colonia Dignidad, the notorious German compound in the foothils of Chile’s Maule region that once enjoyed the protection of the government under military dictator Augusto Pinochet.

Dr. Hopp fled to Germany via Argentina and Paraguay. The fugitive arrived in Germany on May 15, according to travel documents obtained by Interpol, a week after he fled Chile.

He is believed by authorities to have been the stronghold’s second-in-command under founder Paul Schaefer, who died in prison in 2010 at the age of 88 while serving a 20-year sentence for human rights violations and child molestation.

In 1987, the Washington Post reported “chilling declarations from the few who have fled from behind the colony’s double barbed-wire fences tell of forced labor, sexual abuse, mind-altering drugs, corporal punishment and the segregation of men from women and parents from children.”

Some 250 adults and 100 children lived at the settlement.

Zepeda’s decision was issued on October 26, after the German government denied a request for Hopp’s extradition. The request, based on stipulations of the Havana Convention, was filed over a year ago, on August 12, 2011.

In the course of Minister Zepeda’s investigation of Hartmut Hopp, plaintiffs’ attorney Isabel Schlagenhauf Petra, representing victims of Colonia Dignidad, criticized the Chilean court system for its sluggish handing of human rights violations at the compound.

“The culprits are still living there,” Schlagenhauf said. She described the legal process as having “crept along for many years … about two decades,” with no clear resolution in sight. Schlagenhauf said that “Colonia Dignidad is stigmatized in Chilean public opinion because it is known that Paul Schafer was a child molester who committed atrocious violations of human rights.”

Colonia Dignidad was founded as an agricultural community in 1961 by Nazi Schaefer. Hundreds of Germans relocated to the colony in Parrrel, and were subjected to severe rules of discipline. Local authorities charged that Scheafer molested several children living at Colonia Dignidad, then operating under the protection of Pinochet (1973-1990), and that the compound was used by Chilean secret police to detain and torture political opponents of the regime.

Today, the colony is known as Villa Bavaria, a tourist hotel. 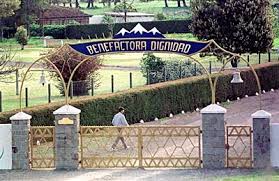 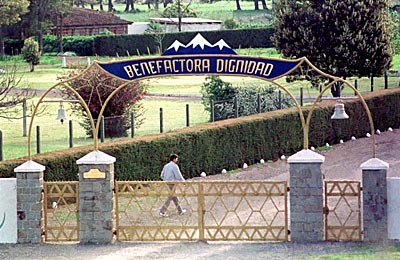