Re The Ground Truth: The Untold Story of America Under Attack on 9/11, by John Farmer 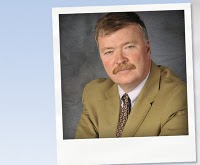 Farmer is not hostile to the 9/11 Truth Movement, exactly - he saw and reported the insidious machinations driving and subverting the 9/11 Commission - but believes that conspiracy is a false conclusion ... despite having observed conspiracies first-hand ... it looks to be a limited hang-out:

"I was shocked at how different the truth was from the way it was described," John Farmer, a former New Jersey attorney general who led the staff inquiry into events on Sept. 11, said in a recent interview. "The tapes told a radically different story from what had been told to us and the public for two years. ... This is not spin. This is not true." http://www.washingtonpost

FARMER: “At some level of government, at some point in time, a decision was made not to tell the truth about the national response to the attacks on the morning of 9/11. We owe the truth to the families of the victims of 9/11. We owe it to the American public as well, because only by understanding what has gone wrong in the past can we assure our nation’s safety in the future.”
http://www.examiner.com/x-10438-Human-Rights-Examiner~y2009m9d26-Dupre-HR-Headlines-911-Commission-rejects-its-report-Almost-entirely-untrue

("Despite the many public statements by 9/11 Commissioners and staff members acknowledging they were repeatedly lied to, not a single person has ever been charged, tried, or even reprimanded for lying to the 9/11 Commission."
http://911lies.org/former_gov_officials_speak_openly_911-7.html)

New book by 9/11 commission co-chairman - NORAD FAA DOD Pentagon LIED "The fact that they would continue and perpetuate the lie, suggests that we need a FULL investigation of what is going on and what is demonstrably an incompetent and what is worse,a deceitful Federal Government." - Lou Dobbs CNN

Also see: 9/11 Commission Rejects Own Report As Based On Government Lies, by Gordon Duff Salem-News.com, September 28, 2009.

John Farmer served as Senior Counsel to the 9/11 Commission from 2003 to 2004 and assisted in writing The 9/11 Commission Report. Cleared to Top Secret/SC1 level, his areas of responsibility included assessing the national response to the terrorist attacks on September 11, 2001, evaluating the current state of national preparedness, and assessing the current state of private sector preparedness for terrorist attacks.

As Attorney General for the State of New Jersey from 1999 to 2002, he supervised nearly 10,000 employees (including more than 700 lawyers and nearly 3,000 state troopers) in ten divisions in the Department of Law and Public Safety, including the Divisions of Law, Criminal Justice, Civil Rights, Consumer Affairs, Gaming Enforcement, Highway Traffic Safety, Juvenile Justice, State Police, Elections, and Alcoholic Beverage Control.

Farmer also supervised the state’s Office of Emergency Management and oversaw New Jersey’s response to Hurricane Floyd in 1999; worked to anticipate the Y2K and potential emergency impact of the millennium; and coordinated the State’s response to both the 9/11 attacks and the anthrax attacks later that same year.

Farmer has also served as chief counsel to New Jersey Governor Christine Todd Whitman, as a federal prosecutor, and as a security expert to the special envoy for Middle East regional security.

Over the past six years, Farmer has lectured and written extensively on post-9/11 safety and security issues, and published safety and security-related pieces in the Washington Post, New York Times, USA Today, Newark Star Ledger, the New Jersey Lawyer, and other publications. He has also spoken on panels at Harvard Law School, the University of Southern California, Williamette Law School, and John Hopkins University’s Paul Nitze school of International Relations.

FEMA-certified in all-hazards disaster planning and mitigation, Farmer has consulted with a wide range of institutions and officials on everything from port security issues to private sector preparedness. In July 2009, he left the New Jersey law firm in which he was a founding partner in order to accept an appointment as Dean of Rutgers School of Law in Newark, where he had previously taught national security law.

John Farmer served as Senior Counsel to the 9/11 Commission from 2003 to 2004 and assisted in writing The 9/11 Commission Report. Cleared to Top Secret/SC1 level, his areas of responsibility included assessing the national response to the terrorist attacks on September 11, 2001, evaluating the current state of national preparedness, and assessing the current state of private sector preparedness for terrorist attacks.
------
Mr. Farmer is floating an alternative, non-conspiracy "theory" - that 9/11 was the result of a series of hopeless bureaucratic and military mishaps and that these explain the lies and cover-ups. The focus thus remains Al Qaeda ... and none of it rings true, is negated by numerous cover-up strategies, torture-coerced confessions, spun stories planted in the media, mountains of unexplained evidence ...

The Ground Truth: The Untold Story of America Under Attack on 9/11 (Hardcover)
By John Farmer

Hang onto your hats:

John Farmer, Dean of the Law School at Rutgers University and former Attorney General of New Jersey, was legal counsel to the 9/11 Commission, and in charge of drafting its report.

And now, having read through lots of further evidence, he's come to the conclusion that the official version of the story is almost entirely untrue, based on false testimony by the WhiteHouse, CIA, FBI and NORAD.

His new book, The Ground Truth: The Story Behind America's Defense on 9/11, makes this case with loads of documentary evidence--and his colleagues on the commission are on board, as the article below makes clear.

So are John Farmer and those other members of that very commission all "conspiracy theorists"? ...

Here's the press release re: Farmer's book from Rutgers University:

The Ground Truth narrates the government’s growing awareness of and reaction to the al Qaeda terrorist threat in units of time as it was lived – from years down to the final minutes and seconds to intervene and respond, vividly portraying key moments. The final section considers the nature of government in crisis. Dean Farmer offers seven lessons to be learned from the responses to 9/11 and Hurricane Katrina, with perhaps the most important: “A government reshaped by the lessons of its prior experiences requires candor.”

And the “ground truth”? It’s that the fault for failing to detect or interdict the attacks lay in the nature of modern government itself. “Unless we change government, unless we plan to respond to crises the way we now know they are experienced,” says Dean Farmer, “we will fail to protect ourselves, with horrifying consequences.”

***
This is not a book in suppport of 9/11 theorists because it doesn't propose an alternative conspiracy theory; but rather it makes the bold and accurate claim that the so-called 9/11 Commission was a Whitewash meant to conceal rather than reveal the truth.

But when avenues of investigation are intentionally ignored, we are left speculating as to what the truth really is. Farmer, former legal counsel of the 9/11 Commission, offers some startling theories and information that is a truthful alternative to the Comission's politically positioned "findings."

"In revisiting the tragedy of the 9/11 attacks that still haunt America, John Farmer provides a devastating account of how what government and military officials told Congress, the 9/11 Commission on which he served, the media, and the public 'was almost entirely, and inexplicably, untrue.' The result is a major, carefully documented and deeply disturbing book, one that deserves the most serious attention of every American concerned about our future."
--Haynes Johnson, Pulitzer Prize winner and best-selling author.

"Physics teaches us that waves of the same frequency amplify each other. That's what brought down the Tacoma Narrows Bridge. The Ground Truth reveals 9/11 as a manifestation of that same phenomenon, with waves of history cresting together. It does so with perfect clarity, thanks to the brilliance of finding, in the examples of two "minor" national security agencies, the dysfunctionality that plagued the mightiest-seeming arms of the government. I made the mistake of not writing down the first two or three times I felt goosebumps. The Ground Truth is superbly conceived and carried out. What a great book."
--Jim Dwyer, author of 102 Minutes: The Untold Story of the Fight to Survive Inside the Twin Towers

And Farmer concludes that a government that conceals the truth puts the nation at great risk.

While it won't please the diehard conspiracy theorists, this is an enormously important refutation of the 9/11 Commission from its legal counsel! That's stunning!

Whenever the federal government wants to hide the truth, rather than reveal it, they set up a politically appointed and guided "commission."

Such was the case, as many of us speculated, with the betrayal of the "9/11 Commission."

It's a worthwhile read to have it confirmed in such a bold book by the Dean of Rutgers University School of Law and former Attorney General of New Jersey.

This is an elite insider who was supposed to keep his mouth shut, but who decided to expose the deceit of the "9/11 Commission" instead.