" ... The lawsuit suggests Chiquita's involvement with FARC may have been more pro-active than simply paying protection money. The suit alleges that the company created dummy corporations and falsified its payroll records to hide payments to FARC, and used its network of local transportation contractors to funnel weapons to the group. ... " 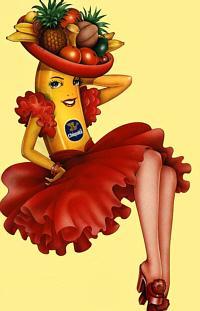 Three US citizens who survived a five-year hostage ordeal at the hands of Colombia's notorious FARC paramilitary group, along with the family of a fourth man who was killed by FARC rebels, say Chiquita owes them damages because it paid hundreds of thousands of dollars to FARC for a decade beginning in 1989.

Chiquita "knew that FARC was a terrorist organization and that it kidnapped, killed and terrorized thousands of people in Colombia," the complaint (PDF) states, "but [they] ignored these risks in order to further their own narrow business interests in growing and exporting bananas in Colombia."

The complaint goes on to say that Chiquita "knowingly provided currency or monetary instruments, weapons (including arms and ammunition), and other forms of material support and resources and transport of munitions" to FARC.

Marc Gosalves, Thomas Howes, and Keith Stansell, employees of defense contractor Northrop Grumman, were traveling by plane in Colombia in 2003 when they were shot down by FARC rebels, who immediately killed the plane's pilot, Thomas Janis, and a Colombian guide accompanying them.

Gosalves, Howes and Stansell spent five years as FARC hostages before being released in 2008. All three are parties to the lawsuit, as are five members of Janis' family.

Chiquita was fined $25 million in 2007 for having paid $1.7 million to AUC, a right-wing paramilitary group at odds with FARC. This would suggest that Chiquita played both sides of the long-running military conflict in Colombia.

Chiquita Brands says it was "an extortion victim in Colombia, paying left- and right-wing groups to protect its employees, not to promote violence," reports the Business Courier in Cincinnati, Ohio, where Chiquita Brands is headquartered.

But the lawsuit suggests Chiquita's involvement with FARC may have been more pro-active than simply paying protection money. The suit alleges that the company created dummy corporations and falsified its payroll records to hide payments to FARC, and used its network of local transportation contractors to funnel weapons to the group.

Chiquita has a long and sordid history in Colombia. The most notorious incident took place in 1928, when the company was still known as United Fruit Company. Colombian troops massacred an unknown number of UFC workers -- believed to be in the thousands -- during a protest over bad work conditions on the company's plantations. 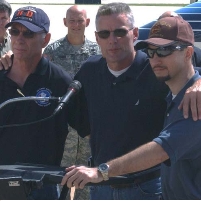 Three employees of defense contractor Northrop Grumman are suing Chiquita Brands International for supporting a terrorist group in Colombia that held them hostage for five years. Keith Stansell, Marc Gonsalves and Thomas Howes were conducting a civilian counternarcotics surveillance mission for their company in 2003 when their plane was shot down by FARC (Fuerzas Armadas Revolucionarias de Colombia) guerillas. Two other men accompanying them were immediately killed by FARC, which held Stansell, Gonsalves and Howes hostage for five years, until they were rescued in 2008.

The plaintiffs claim Chiquita gave the terrorists weapons and millions of dollars in “protection payments,” and in the process violated the U.S. Anti-Terrorism Act. The corporation previously settled out of court in a 2007 case to funding the Autodefensas Unidas de Colombia, a right-wing, anti-labor death squad, and other terrorist groups to protect its interests in the Latin American country, according to the plaintiffs of the current lawsuit. Chiquita is also being sued by the relatives of U.S. missionaries who were murdered by terrorists in 1996.