Chavez Accuses US of Military Rebellion 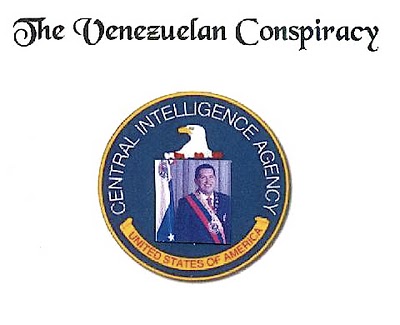 CARACAS, Venezuela (AP) — President Hugo Chavez accused the U.S. on Wednesday of trying to spur a military rebellion, saying the CIA is behind the distribution of leaflets inside army barracks calling for his ouster.

Speaking to dozens of army officers at Venezuela’s largest military base, Chavez urged soldiers to resist calls for a coup from “oligarchs and their imperialist masters,” a reference to the United States.

“They will always try to divide us and confuse us to weaken us, and thereby dominate us,” said Chavez, who weathered a short-lived coup in 2002.

Noting that leaflets calling for a rebellion have been circulating in army barracks recently, he said: “That’s why they have the CIA.”

State Department spokesman Kurtis Cooper declined to comment on Chavez’s statements. The Venezuelan leader has accused opposition leaders and U.S. officials of involvement in coup-related plots many times before, and both have repeatedly denied them.

Government opponents argue Chavez uses repeated warnings of alleged uprisings to divert public attention from domestic problems such as soaring crime or his proposed constitutional reforms that would abolish limits on re-election.

There have been no signs of discontent within Venezuela’s military since the 2002 coup, which was led by dissident generals who accused Chavez of ordering soldiers to shoot anti-government protesters. Chavez denies the accusations.

Chavez himself led a botched coup as an army lieutenant colonel in 1992, arguing that widespread corruption warranted ousting then-President Carlos Andres Perez. More than 80 civilians and 17 soldiers were killed before troops loyal to Perez quelled the short-lived putsch.