" ... In spite of all the harsh actions that the state and its supporters will take to suppress dissidents, their numbers and power should continually increase and the state will eventually accept the message ... " 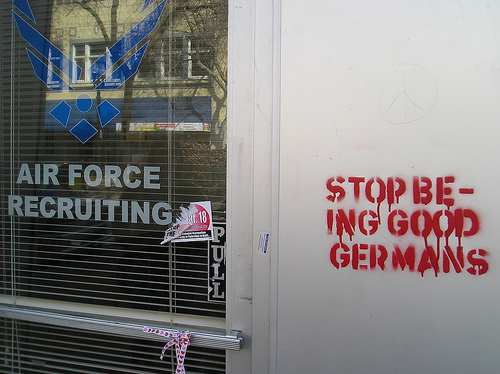 How could a modern civilized country sink to the barbaric depths that could produce the horrors of Nazi Germany? What could account for the approval or acquiescence of the German citizens to such evil rulers? It was indeed difficult to understand how such a phenomenon could take place.

When the Nazis bombed innocent civilians in numerous cities -- Guernica, Rotterdam, Coventry, and London -- those actions were denounced. But the subsequent allied bombings of innocent enemy civilians were much more devastating. Not only were the atomic bombings of Hiroshima and Nagasaki unnecessarily despicable but the fire bombings of Tokyo and Dresden were even more horrible. General Curtis LeMay admitted that if the allies had lost the war he would have been tried as a war criminal for his Tokyo firebombing. Yet those actions were applauded by their citizens.

Over the years the US has been complicit in criminal activities throughout the world - usually covering its tracks by the clandestine tactics of the CIA. All sorts of illegal and unconscionable activities -- short of operating death camps -- have been engaged in. Millions of innocent men, women, and children have been killed, tortured, and wounded. Trillions of dollars worth of property were damaged or destroyed. The environment has been despoiled. And lawful governments have been overthrown.

With this background and a policy of continual war being adopted with the consent and approval of most Americans, it is apparent that the phenomenon of the "Good German" is not unique. What can account for it?

I have been giving this some thought and think it's several interrelated conditions -- all properly orchestrated by the state or for the state.

A lifetime indoctrination of loyalty to the state -- pledges of allegiance, singing the national anthem, rooting for the home teams, etc. -- creates a supportive backdrop for improper actions by governments. All governments seek that indoctrination and, in varying degrees, obtain it.

An embroidered historical background is taught that glorifies the accomplishments of the state, suppresses its deficiencies, gives pride to its citizens; and elevates the country as superior to all other nations. The schools, the churches, the media, and prominent and respectable model citizens already indoctrinated reinforce the chauvinistic precept.

A media that completely distorts current news is a necessary next step. The truth is covered up. Justifications are provided.

Joseph Goebbels, Hitler's media czar, maintained complete control over the news to which the Germans were exposed. Repetition of the lies eventually caused most to believe what they were being told.

The Bush administration's lies were accepted whole-heartedly by the major media although ample contradictory evidence was available.

Fear is an extremely powerful emotion that will permit extraordinary liberties to be taken of the frightened masses so that they will be secure from the potential threats. The 9/11 attacks so frightened the public that they willingly accepted unlimited war and accompanying restrictions.

Sympathy for the innocent victims provoked anger and a desire for vengeance against the guilty culprits. That Afghans and Iraqis, just as innocent of wrongdoing as the 9/11 victims, would be targeted and would suffer was not considered.

Logical arguments are made to justify taking hostile action without thoroughly exploring the implications of the action. Opinions of a contrary or alternate point of view are suppressed.

The various arguments justifying all out war do not entertain the thought that 9/11 was similar to the Oklahoma bombing which was treated as a crime with prosecution of the perpetrator; nor is there consideration of the motives that prompted the 9/11 bombings and addressing those causes.

Prominent pundits, commentators and columnists will express approval of the questionable actions to overcome the doubts that may arise among some thoughtful individuals. After all, if these fine ethical people overwhelmingly support the government, it must be O.K. 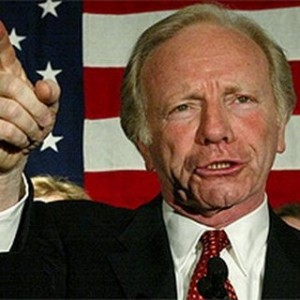 "To get along you have to go along." It is difficult to take a position that is in opposition to one that virtually no one else is taking. Harsh punishment may be taken against the dissident. Small groups of protesters in Germany certainly suffered for their opposition. But even against the Nazis, a strong organized group of German women who protested the arrest of their Jewish husbands were successful at saving them.

The enemy is depicted as an immoral creature. Horror stories of their dastardly acts (usually completely false) will often provide the spark to set off the war. Gulf War I had Iraqis throwing babies on the hospital floor, WWI Germans cut off the hands of Belgian nurses, etc. Pictures of Japanese with fanged teeth were displayed on posters during WWII.

What is the antidote?

To change the public's strong support or acquiescence those factors must be broken down. How?

Get the truth out and show that opposition forces exist in sufficient numbers for one to join without being alone in opposition.

Strong committed groups must take up the fight and continue until the tide is turned. At present there are numerous forces throughout the country that are doing just that.

In spite of all the harsh actions that the state and its supporters will take to suppress dissidents, their numbers and power should continually increase and the state will eventually accept the message!

I am the victim of MK ultra- what can you do