Do Taxpayers Need to Give Oil Companies $41 Billion a Year? 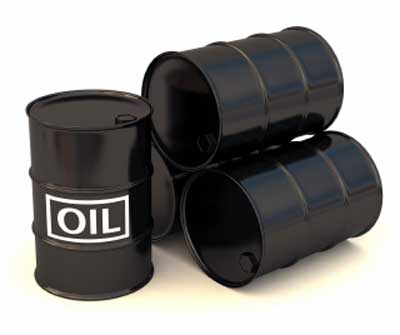 Desperately seeking fiscal savings, Congress and President Obama are scrambling to find anything in the federal budget that can be thrown overboard, from child nutrition aid to funding for military bands. But the American people might be on to something. In a poll conducted for NBC and the Wall Street Journal, three-quarters of respondents favored “eliminating tax credits for the oil and gas industries.” Specifically, 47 percent said they found such cuts “totally acceptable” and 27 percent said they found it “mostly acceptable.” To some budget hawks cutting subsidies to mature and profitable energy industries is an inevitable part of any budget deficit solution. “Clearly most of the attention has been focused on non-security discretionary budget,” says Steve Ellis, vice president of Taxpayers for Common Sense in Washington. “But even if we eliminated every dime of that, we would still have a trillion-dollar deficit. So these issues like subsidies for the oil and gas industry – and the tax code – are going to have to be tackled.” Finding and tallying federal energy subsidies, however, can be fiendishly difficult. Doug Koplow of the energy-consulting firm Earth Track in Cambridge, Mass., is considered one of the nation’s leading experts on the topic.  He estimates that the US spent between $49 billion and $100 billion on energy subsidies in 2007 – numbers Mr. Koplow says are still accurate if adjusted for inflation. The handouts cover a broad range of activities, from federal loan guarantees and funding for energy research and development to special tax exemptions. Here is how the subsidies break down by category, adjusted for inflation, according to Koplow. 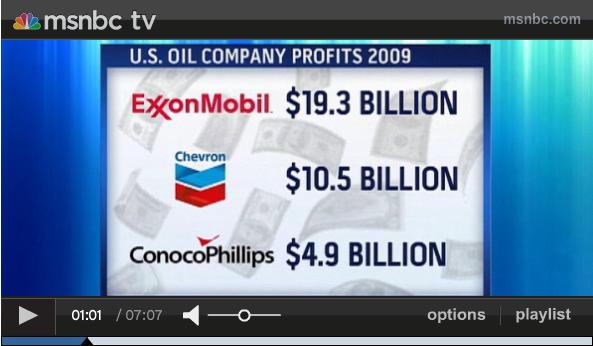 President Obama wants Congress to chop $3.6 billion in 2012 oil and gas tax breaks for a total of $46.2 billion over the next decade. Among Mr. Obama’s targets: a nearly century-old oil and gas industry tax deduction for the costs of preparing drill sites and a manufacturer’s tax break granted the oil industry in 2004. The number is significant, but still little more than one-tenth of the federal subsidies that oil and gas companies might receive over 10 years. Adjusted for inflation, they currently receive about $41 billion in annual subsidies annually. That amounts to more than half – 52 percent – of total benefits distributed to energy sectors by the federal government.

In second place among fossil fuels, the US coal industry reaps about $8 billion in subsidies annually – or about 10 percent of total federal largess. This includes tax breaks, as well as hundreds of millions of dollars on research into carbon capture and storage. Those figures mean that subsidies to industries involved in fossil fuels total about $52 billion when adjusted for inflation – about two-thirds all federal energy subsidies.

Even though it’s been decades since a new nuclear power plant began construction, nuclear power in the US gets about $9 billion annually in federal subsidies. This money is embedded in federal decommissioning and waste management policies, as well as research and development at the nation’s national laboratories. The Wall Street Journal survey showed that 57 percent of Americans favor chopping federal subsidies to build new nuclear power plants, a result that surprised many. Obama’s 2012 budget would let the Department of Energy triple to $58 billion the amount of loan guarantees it can grant to support the construction of nuclear power plants, nuclear watchdogs say. Taxpayers would pick up the tab for that $58 billion only if those guaranteed loans were defaulted on. But the Government Accountability Office and Congressional Budget Office have warned that is quite likely. In a report last week entitled “Nuclear Power Still Not Viable Without Subsidies,” the Union of Concerned Scientist identified more than 30 government subsidies to the nuclear industry during the past five decades.

About $6 billion in tax credits and other favorable policies flow annually to support the ethanol industry. The amount has grown as ethanol use has increased. Credits for “advanced” cellulosic biofuels have not really kicked in yet.

The bulk of $6 billion in federal subsidies blow into the wind power industry, the leading renewable energy industry. Solar, biomass, geothermal and others are playing catch up. “I suspect that the relative share of subsidies to renewables has increased more quickly in recent years than subsidies to fossil,” Koplow writes in an e-mail. http://www.csmonitor.com/USA/Politics/2011/0309/Budget-hawks-Does-US-need-to-give-gas-and-oil-companies-41-billion-a-year