Book Review The Price of Inequality, by Joseph Stiglitz 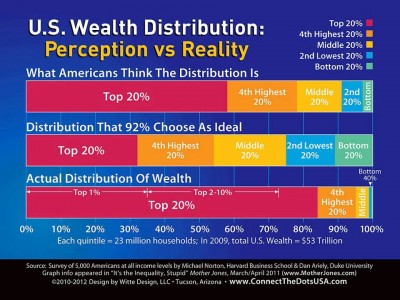 The rhetoric of free markets and smaller government is at the forefront of American political debate and has sunk deeply into the consciousness of most American citizens, this even after the 2008 financial crisis which could be argued as the greatest failure of markets since the Great Depression. In his new book, The Price of Inequality: How Today’s Divided Society Endangers Our Future

, Joseph Stiglitz addresses the interplay of market failure, an ambivalent government and how they interact to create an ever worsening state if Inequality in the U.S. The Price of Inequality is a forceful exposition that exposes the existence of widening inequality, the causes of the inequality, the consequences of inequality, and, finally, how we can attempt to correct harmful inequality.

The last 25 years or so have given rise to an immense increase in income and wealth inequality in the U.S. Stiglitz presents numerous statistics which portray exactly how much inequality has increased and how it compares in relation to other countries with similar economies and norms as the U.S. Among the highlights:

The figures and anecdotes also show a decline in living standards and a rise in poverty for most as inequality increases. Everything from security, housing, healthcare, and education is being adversely affected for nearly every citizen not in the top echelons of the wealthy.

Where The Price of Inequality really excels is when Stiglitz delves into the causes of the widening inequality of the last quarter of a century. The Nobel Prize winner speaks authoritatively on the economic issues of rent seeking and market failures. A major theme of Stiglitz’s is that inequality is as much due to political forces as economic forces and that these political forces are designed to benefit the few over the societal good. Rent seeking is a large issue in American economics and politics, and also a large cause of the widening inequality crisis. Rent seeking can be thought of as extracting gifts from the public or as income received not by creating wealth but by seizing it. Stiglitz explains quite clearly that rent seeking takes several forms, some not as visible as others. Yet, whether it be monopoly rents, the redistribution of public goods to those at the top, or quotas, the problem persists and creates an almost impenetrable hold on our political processes that birthed them.

In addition to rent seeking, Stiglitz identifies market failures and the government’s shaping of the market as the other primary source of rising inequality. Stiglitz contends that other countries with similar economies (technology and per capita income) to the U.S. differ greatly in the inequality trends of the recent past. This, he argues, would not be the case if the market were the sole determining force. Instead the market is shaped by our political process which creates the laws, regulations and institutions; which in turn all have distributive consequences. Stiglitz has an extremely enlightening take on globalization and also addresses the issues of opportunity, discrimination, and corporate governance. It’s at this point that Stiglitz makes another crucial point in his book: the rising inequality creates a vicious circle which gives rise to even more inequality. As a consequence of inequality, more opportunities and education are lost, making it harder and harder to climb out of the lower rungs. The Horatio Alger tale is now quickly becoming an illusion if it hasn’t already. Also, higher inequality has macroeconomic effects as well, creating a less productive and efficient economy as a whole. Stiglitz goes as far as to say that our national identity and sense of fair play is being eroded as a consequence of inequality.

The evisceration of our political process and system is perhaps the most damning consequence of rising inequality. The political institutions set the “rules of the game” and as such if they are failing they should be voted out in a democracy. Why is this not occurring? Stiglitz explains that the political playing field is slanted towards the 1% and that public perception has been warped to believe that their interests are the same as the 1%. The power of big money to influence our government and our political institutions is no secret and gives rise to disillusioned citizens who feel powerless to affect change. Stiglitz’s chapter “1984 is Upon Us” is a must read for any person curious as to how people’s perceptions are so easily molded by framing and persuasions. Primary to the heart of the chapter is this passage:

The powerful try to frame the discussion in a way that benefits their interests, realizing that, in a democracy, they cannot simply impose their rule on others. In one way or another, they have to “co-opt” the rest of society to advance their agenda.

In all major economic issues of today there is an ideological war being waged to shape people’s beliefs and perceptions on the world out there. Individual’s interests can easily be subverted with proper ideological tactics.

Stiglitz ends The Price of Inequality

with an upbeat chapter full of prescriptions on how to correct the devastating rise of inequality in the U.S. He includes both an economic reform agenda as well as a political one. However, for real change to occur there must be a realization among the wealthiest of society “that their fate is bound up with how the other 99 percent live.” As a society these issues matter going forward and are crucial in determining what type of world we want to live in. Stiglitz appeals to the historical and moral claim that the U.S. is:

where there is a sense of shared destiny, a common commitment to opportunity and fairness, where the words “liberty and justice for all” actually mean what they seem to mean, where we take seriously the Universal Declaration of Human Rights, which emphasizes the importance not just of civil rights but of economic rights, and not just the rights of property but the economic rights of ordinary citizens. In this vision, we have an increasingly vibrant political system far different from the one in which 80 percent of the young are so alienated that they don’t even bother to vote.

Part of the great appeal of Stiglitz and “The Price of Inequality” is the rejection of economics as abstracted from our politics and societal norms, and his willingness to make the normative judgments that are warranted. The Price of Inequality: How Today’s Divided Society Endangers Our Future

is dense with information and economic analysis, but the appeal to an optimistic America and a more progressive society is never lost. Stiglitz’s most important claim is that it does not have to be this way. There are no fundamental economic laws to the universe that prescribe this type of inequality, and it’s is by design that we have the immense inequality. However, we can strive for a more equitable society which benefits more than just 1% of the nation and doing so should be our imperative.