Nazi Science vs. the Science of Liberty (Book Review) 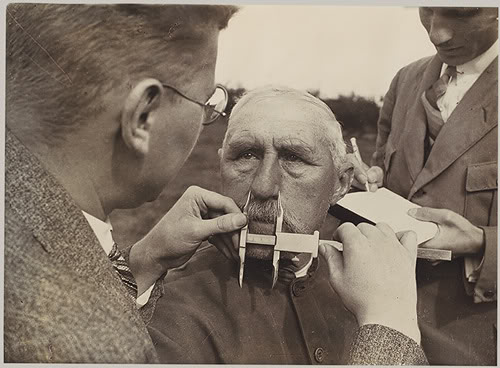 " ... It's true that some science can exist without democracy, but what kind? Ferris precedes his analysis of Nazi science by recalling the brief period of "liberal and progressive reform" that marked Germany before World War I, when Max Planck founded quantum physics, Wilhelm Roentgen discovered X-rays and Einstein published his general theory of relativity. Then Hitler took power after the war, and real science was murdered along with all the victims of the Holocaust. ... "

The Science of Liberty

The Science of Liberty, Democracy, Reason, and the Laws of Nature
by Timothy Ferris
(Harper; 368 pages; $26.99)

To Timothy Ferris, friend and colleague of the late Carl Sagan and one of America's most skillful communicators about science, the answer to both questions is a clear and decisive no.

Most Americans may agree with him - instinctively, perhaps, but without quite knowing why.

Ferris will tell you the why and the how in this lively dissertation, and he shows himself a fascinating historian too, proving his case by interweaving stories of science and governments from the Renaissance and the Reformation through modern times. They all buttress his central argument, stated in his very first pages:

"that the democratic revolution was sparked - caused is perhaps not too strong a word - by the scientific revolution, and that science continues to empower political freedom today."

Liberal democracy itself, of course, is an ongoing experiment, and the political thrust and parry of partisan politics - with more shouting and invective than most scientists will admit to - shows just how uncertain the experiment of democracy's outcome is, especially when science issues strike at political interests.

Which is why Ferris considers the science and politics of climate change right now, and he provides a clear and perceptive account of the evidence. Global warming is seriously alarming to some, and alarmist nonsense to others, but climatologists, after decades analyzing and debating the trends of greenhouse gas emissions, are agreed that the climate is indeed changing for the worse. But in the institutions of our liberal democracy - from Congress to the blogosphere - the political debate continues, just as it should, although hopefully through rational discourse, which it doesn't always seem to use.

Science alone, of course, is not the end in a democracy; it is the engine of technology that sustains and increases both the national wealth and the national power, Ferris says. Yet without scientific freedom - the freedom to experiment, to argue, and to experiment again and again, no technological advance is possible.

It's true that some science can exist without democracy, but what kind? Ferris precedes his analysis of Nazi science by recalling the brief period of "liberal and progressive reform" that marked Germany before World War I, when Max Planck founded quantum physics, Wilhelm Roentgen discovered X-rays and Einstein published his general theory of relativity. 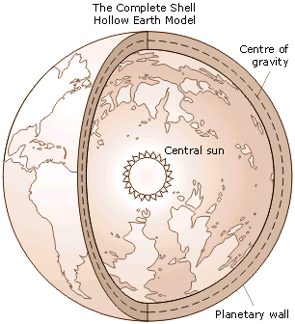 Then Hitler took power after the war, and real science was murdered along with all the victims of the Holocaust. The Führer encouraged his "scientific" view of the cosmos, in which stars were made of ice, Ferris tells us; nuclear weapons were "Jewish science"; and teaching science in schools was "last in importance."

Jewish scientists were murdered by the Gestapo or died in the camps, and ultimately there began the great exodus from the entire totalitarian world: Max Born, Erwin Schrödinger, James Franck, Leo Szilard, Edward Teller, Enrico Fermi - all left for freedom, and what a list it was.

Nor does Ferris forget the Soviet Union in his history. More than 100 members of the Soviet Academy of Sciences were sent to labor camps or otherwise imprisoned. Lev Landau, who later won the Nobel Prize in physics, nearly died in prison until his colleague Pyotr Kapitsa threatened to stop his own research unless Landau was freed; he was, and Kapitsa, too, later won the Nobel.

And then there was Trofim Lysenko, a Soviet agronomist, whose bizarre theories that virtually denied genetics became the undisputed ruler of Soviet agricultural policy and indeed of all biology. He promised to double crop production by his methods and policies, and although grain yields fell year after year and fruit trees withered, he remained in power as the farm leader of "socialist science." One brave biologist who opposed him publicly was sentenced to death in 1940, and died in prison.

(An aside: In 1975, during an international conference on recombinant DNA at Asilomar, near Monterey, three Soviet biologists there, glancing behind their backs, told this reporter: "There is still no molecular genetics in our country since Lysenko's socialist science.")

Ferris is an engaging narrator with clear insights into the workings of science and democratic societies. This is an important and extremely readable book; he has a powerful message, too: Science can support a free society only if science itself is free, and no society can remain free and viable without science to continually nourish it.