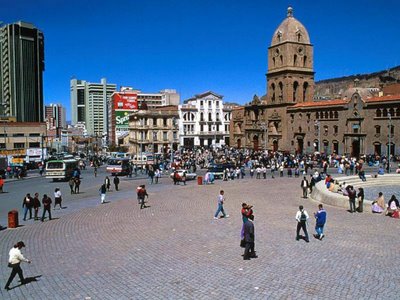 This time, Morales says a midlevel military official and Bolivian police officers are in contact with the U.S. spy agency.

Morales made the allegations on Saturday, but offered no details or proof.

He said he is personally investigating the matter because "selling information to foreign agents is treason."

Morales spoke just days after ordering a U.S. diplomat to leave Bolivia. He accused the diplomat of conspiring with the opposition and "coordinating contacts" with a former police captain accused of infiltrating the state energy company on behalf of the CIA.

The U.S. has called the allegation about CIA infiltration baseless.