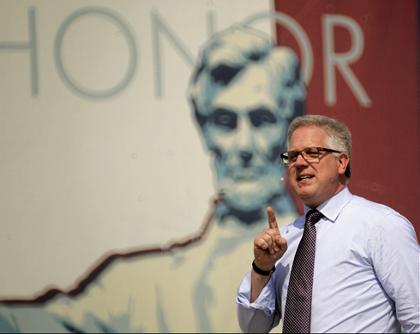 David Koch, billionaire backer of the Tea Party movement, says he's never been to a Tea Party event. So, what do you call the conference full of Tea Partiers he just convened?

WASHINGTON, D.C. -- In a darkened hotel ballroom, on the eve of Glenn Beck's burlesque of self-righteousness at the Lincoln Memorial, some 2,500 activists listened politely to the tall, impeccably dressed elder at the podium as he stumbled through his introduction of the evening's guest of honor, the conservative columnist George Will. The speaker was introduced simply as chairman of the board of the Americans For Prosperity Foundation, the organization that sponsored the event.

Few among the rank-and-file recognized the billionaire David Koch -- heir to the fortunes of Koch Industries -- or knew him as the man who bankrolls their activism, whose largess subsidized many of their trips to the nation's capital to take part in AFPF's organizing conference, and the Beck rally the following day. 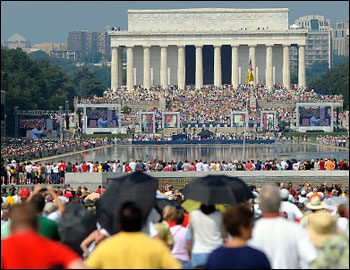 Beck, you'll recall, is in the employ of the billionaire Rupert Murdoch, whose News Corporation (the parent company of Fox News and the Wall Street Journal) has been in cahoots, as AlterNet reported, with Kochs' AFPF since the inception of the Tea Party movement. Koch's halting public speaking style befits his usual reluctance in recent years to interact with the public. He prefers to be known as the philanthropic presence behind the great institutions of New York: the Metropolitan Museum of Art, the American Museum of Natural History and the New York City Ballet. Indeed, he made his entrance to the stage at the AFPF banquet to the strains of "New York, New York," which seemed a bit out of place in a room filled with the sounds of Southern drawls and Midwestern twangs.

But over the course of the past year, Koch has earned a new reputation, one he's not keen to have: the Daddy Warbucks of the Tea Party movement.

As AlterNet first reported last year, the two main astroturf groups responsible for organizing Tea Party supporters into a national movement were both founded by Koch: Americans For Prosperity, presided over by Tim Phillips, the former business partner of Ralph Reed; and FreedomWorks, which is chaired by former House Majority Leader Dick Armey.

Last spring, on the eve of the April 15 Tax Day Tea Party protests, Koch Industries spokesperson Melissa Cohlmia sent an unsolicited statement to reporters and bloggers, asserting that "Koch companies, the Koch foundations, Charles Koch and David Koch have no ties to and have never given money to FreedomWorks. In addition, no funding has been provided by Koch companies, the Koch foundations, Charles Koch or David Koch specifically to support the tea parties. Thanks for your consideration."

“I’ve never been to a Tea Party event," David Koch told New York magazine's Andrew Goldman earlier this year. "No one representing the Tea Party has ever even approached me."