“… The Tea Party still lacks ‘an intellectual foundation.’ … What’s remarkable is the extent to which a potentially mainstream movement (or set of movements) can bring up ideas that would have been much more on the fringe even a few years ago. …” 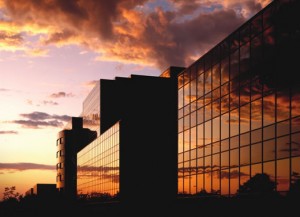 WASHINGTON – Koch Industries, the oil and gas giant credited with fueling both the Tea Party and efforts to discredit global warming, figures to enjoy plenty of influence with Republicans in the 112th Congress.

Campaign donations from the Wichita, Kan., firm to the party’s candidates in the midterm elections ran wide and deep, according to records of the Federal Election Commission and the Center for Responsive Politics, a nonpartisan research group. In all, the company spent close to $1.7 million to influence this year’s congressional elections. The breakdown:

– More than $1.2 million spread among 169 congressional candidates. Of that, 88 percent, or $1.05 million went to went to 142 Republican candidates, plus Republican Party committees. At least two dozen of its targets were considered Tea Party candidates. – $439,750 distributed among 65 leadership political action committees, 52 of them belonging to Republicans. In addition, Americans for Prosperity, a group linked to Koch and the Tea Party, spent $1.32 million trying to influence congressional races through expenditures on advertising and other election-related communications. The company’s generosity to GOP members starts at the top in both chambers.

Rep. John Boehner of Ohio, the soon-to-be speaker of the House; Rep. Eric Cantor of Virginia, the soon-to-be House majority leader; and Rep. Pete Sessions of Texas, who wants another term as chairman of the National Republican Congressional Committee, received $20,000 apiece. In the Senate, Koch contributions have included $63,550 to Minority Leader Mitch McConnell of Kentucky and $62,000 to Republican Jim DeMint of South Carolina, who emerged as a patron saint for Tea Party candidates nationwide. The Kansas-based company also gave $44,400 to Sen. John Cornyn of Texas, the chairman of the National Republican Senatorial Committee. The totals reflect contributions from Koch employees and the company’s political action committee, KochPAC. They also include donations to leadership political action committees, the separate funds House and Senate members maintain to gain influence by giving to other campaigns.

Koch, the country’s second-largest privately held firm, is a conglomerate with revenues of more than $100 billion annually and 70,000 employees worldwide. In addition to petroleum refining and distribution, it produces everything from beef to formaldehyde and paper towels. And Koch led all oil and gas companies in giving to congressional races in 2010, according to the Center for Responsive Politics. Koch saw its profile raised considerably this year by interest group and news media reports on its support of the Tea Party movement and its attempts to knock down the science behind global warming. Most notable was an investigative piece in The New Yorker magazine in August that alleged the two brothers who run the company, Charles and David Koch, use front groups to advance their libertarian beliefs about minimizing the role of the federal government, especially its regulatory authority. The New Yorker, as well as The New York Times and The Washington Post, pointed to Americans for Prosperity, an Arlington, Va., nonprofit, as one such group.

Meanwhile, the environmental organization Greenpeace issued its own report this year alleging that from 2005-2008 provided Koch provided nearly $25 million to more than three dozen conservative and libertarian think tanks and other organizations that challenge the need for climate-change legislation. Environmentalists also said the firm worked behind the scenes to pass Proposition 23 in California, which would have undone the state’s law calling for reductions in greenhouse gases. “In some ways they are our No. 1 enemy on climate change,” John Coequyt of the Sierra Club said in an interview. Koch, on its website – www.kochind.com – says of the climate controversy:

“Koch companies believe in the efficient use of all resources and are absolutely committed to maintaining a clean and healthy environment. But we also believe there should be open and honest debate about climate change and the likely effects of proposed climate policies on the energy that drives the productivity of our society.”

As for the firm’s alleged backing of the Tea Party, Koch spokesman Melissa Cohlmia denied that Koch provided funding. “Until recently, we had never been approached by a Tea Party group for funding.‪ ‪We would not be opposed to providing funds if a suitable proposal comes our way,” she said in a statement. As for Americans for Prosperity, the Koch spokesman added:

“We have publicly supported Americans for Prosperity Foundation since 1984 and Americans for Prosperity since 2004. We have never considered these institutions to be Tea Party organizations. Whether or not they are considered to be Tea Party organizations will not affect our support of them. We believe the tea party movement is a response to the growing frustration of many Americans to government overspending. We share these concerns and encourage citizens to express their opinions in a respectful and civil manner.”

However, The New Yorker article, among others, went to great lengths to describe the involvement of Americans for Prosperity with the Tea Party.

Democrats got some Koch money as well, including $15,500 to Rep. Mike Ross of Arkansas, an Energy and Commerce member; $13,500 to Rep. Dan Boren of Oklahoma; and $24,000 to Sen. Blanche Lincoln of Arkansas, who lost her re-election bid. The company gave $5,000 to Rep. Chet Edwards of Texas, another Democrat who lost. Koch’s activity in state politics this year included giving $50,000 to Texas Gov. Rick Perry, considered a possible 2012 GOP presidential candidate Meanwhile, Koch-funded politicians also sit on the National Commission on Fiscal Responsibility and Reform, the panel that President Obama appointed to address debt and deficit issues. A report is due by Dec. 1. The Koch-backed members are Republican Reps. Jeb Hensarling of Texas, Dave Camp of Michigan and Ryan, along with Crapo and Coburn from the Senate.

The Koch brothers’ belief in minimal taxation and limited government spending and regulation dovetails nicely with the views of most House and Senate Republicans, said Jack Pitney, political analyst at Claremont McKenna College in California. But Pitney also said, “They would have those views whether the Koch family existed or not.” Further, Burdett Loomis, political scientist at the University of Kansas, said that while the Koch brothers have nurtured the Tea Party, it probably “would have gotten off the ground with or without Koch Industries.” The Tea Party still lacks “an intellectual foundation,” the University of Kansas professor said. “What’s remarkable is the extent to which a potentially mainstream movement (or set of movements) can bring up ideas that would have been much more on the fringe even a few years ago … That said, we’ll see if in a couple years if the term ‘Tea Party’ has any substantial meaning — or was it just a way to express lots of frustration.” http://www.capitolnewsconnection.org/news/koch-industries-money-assures-influence-112th-congress

Previous Article
1) US Review Finds Five Warnings of Headley’s Militant Links, 2) US Says India is Lying, 3) In India, Obama Explains What the U.S. Knew About Mumbai Plotter
Next Article
IG Farben and the Holocaust

IG Farben and the Holocaust
Nov 11