Big Oil Spends $69.5m on Ads to get the Congress it Wants - The Constantine Report
0 SHARES

GOP Watch » Big Oil Spends $69.5m on Ads to get the Congress it Wants

Big Oil Spends $69.5m on Ads to get the Congress it Wants 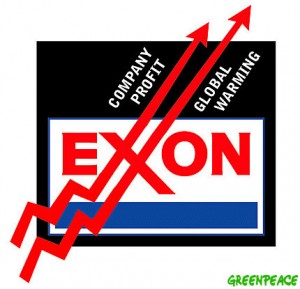 The next Congress is expected to throw up a whole new set of roadblocks to Barack Obama's environmental agenda - from time-consuming investigations to budget cuts.

So how much was the fossil fuel industries willing to pay to help cast out White House allies on energy and climate change? A lot, it turns out. Oil and coal lobby groups have spent $69.5 million on television ads specifically targetted against Obama clean energy policies in these mid-term elections, according to data compiled by the Center for American Progress Action Fund.

Most of the Tea Party favourites deny the existence of man-made climate change, and some Democrats, like Joe Manchin who is running for the Senate from West Virginia, are doing all they can to distance themselves from Democratic environmental policies. Manchin, in his television ads, fired a round into a target labelled cap-and-trade.

The only bright spot could be California, where a coalition led by the outgoing Republican governor, Arnold Schwarzenegger, Silicon Valley and Venture Capital, have raised $30 million to defend the state's climate law from Texas oil refiners.

Two Texas oil refiners, Valero and Tesoro, as well as a subsidiary owned by the billionaire Koch brothers mustered $10 million to block California's milestone climate change law, which mandates 25% cuts in emissions by 2020.

The mid-term election ad buys were an expensive finish to what has been a big PR year overall for oil and coal.

The energy industry spent $247.5 million on advertising this year, according to data compiled by the Alliance for Climate Protection, the campaigning group started by Al Gore.

Much of that was dedicated to damage control. BP spent $125 million on its "We'll make this right" television ads after the catastrophic spill in the Gulf of Mexico.

Massey Energy, owner of a West Virginia mine where 29 were killed in an explosion last April, spent $965,000 on advertising.