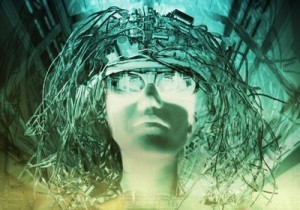 There has been much discussion of “Microwave Hearing” phenomenon on the net. I was intrigued by this and have done some research. It turns out that microwave hearing does indeed exist. There is a fair sized body of research available on the subject. This is one of the more complete reviews of the subject. The entire article is long, and I am not going to post it all. But I will review it.

The name of the article is: “Auditory Perception of radio-frequency Electromagnetic Fields”

It was written by: Chung-Kwang Chou and Arthur W. Guy

The above authors were Phd Researchers at the University of Washington as of the publication date of this article. This research was funded by Office of Naval Intellegence, National Institute of Handicapped Research, and Department of Education with a special thanks to Richard M. White of University of California, Berkeley.

Pulsed microwaves have been heard as sound by radar operators since radar was invented during World War II. …

The earliest report we have found on the auditory perception of pulsed microwave appeared in 1956 as an advertisement of the Airborne Instruments Lab in Proceedings of the IRE. The advertisement described observations made in 1947 on the hearing of sounds that occurred at the repetion rate of a radar while the listener stood close to a horn antenna. When the observers first told their coworkers in the Lab of their hearing experiences, they encountered skepticism and RATHER POINTED QUESTIONS ABOUT THEIR MENTAL HEALTH. (emphasis this author) …

At very low frequency range (< 1MHz), a human-size biological object absorbs very little radio-frequency energy; however, the absorption can be appreciable at the resonant frequency near 70-80 MHz (where the long dimension of the body is approximately 0.4 wavelengths) (Durney etal. 1978). For a human head, the resonant frequency is near 600 Mhz….Although there is universal agreement on the thermal effects of the highlevel (> 100 milliWatts/centimeter(squared)) radio-frequency electromagnetic radiation, there is considerable debate on the biological effects of low-level (< 100mWatts/cm2) electromagnetic radiation. …

The thresholds (for hearing ed) of average power density of fields at the head were determined to be 0.4 and 2mW/cm2, respectively for the two transmitters. …

In another experiment they used a 2450MHz pulse generator with pulses in the 0.5 to 32 microsecond width. The generator produced peak power of 10kW. Calculations indicated that the maximum amount of absorbed energy was 16 microJOULES/gram (They are talking microjoules per gram now instead of milliwatts per cm squared. They use microjoules when they talk of absorbed energy and milliwatts when talking about radiated wattage. The two are related of course, but the energy absorbed depends on the makeup of the human head, whereas the energy radiated is dependent on the transmission power). (ED) …

In another experiment thay used  5 to 15 microsecond pulses at 3 Ghz frequency.

The microwave-induced auditory phenomenon is an example of a microwave-biological interaction that has been WELL QUANTIFIED and has been WIDELY ACCEPTED (emphasis this author) as a bonafide “weak-field” effect. Although originally the hypothesis of a dirct nervous system stimulation was proposed, the evidence is now strongly convincing that the hearing phenomenon is related thermoelastically induced mechanical vibration. The same type of vibration can be produced by other means, e.g. by a laser pulse, or by activating a piezoelectric crystal in contact with the skull …

The paper ends with about a page of references to other works, one of which is Frey’s paper published in 1963.

“An Observation on the Detection by the Ear of Microwave Signals”