Police said that they were holding a man in his 60s on suspicion of sexual  offenses, but did not release his name, AFP  reports. Several media outlets, including  the BBC, have confirmed that the man in custody was Travis — who went by the  nicknames the Hairy Cornflake and DLT — most famous for his show on BBC Radio 1  during the 1970s and 1980s.

It has not been specified whether Travis will face any accusations of  pedophilia, but AFP adds that in recent weeks two women have alleged that Travis  groped them in the 1970s. Travis has denied such allegations. (In an odd  twist, AFP also reported that Burmese pro-democracy icon Aung San Suu Kyi  had recently praised the radio host, noting that his shows, distributed through  the BBC World Service, helped her get through more than two decades under house  arrest. Suu Kyi met with Travis in June.)

The arrests come as part of an ongoing investigation into Savile, who died in  October of 2011, and allegations that he’d used his fame to prey on hundreds of  young girls. The broadcaster itself has come  under fire, with many questioning how much BBC executives knew about  Savile’s alleged activities, and when. This week police also revealed that the  number of victims relating to the Savile probe has risen to 450 from the initial  300 they had estimated last month. 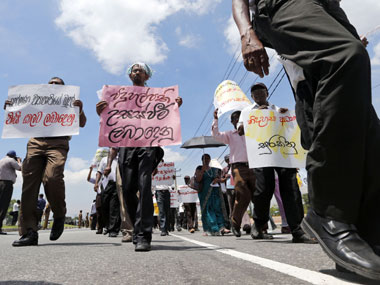