BBC Historian Uncovers Nazi Past of His Own Grandfather 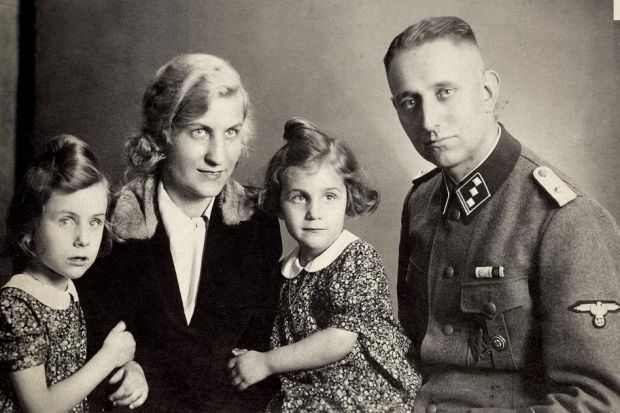 While growing up in Edinburgh, Martin Davidson always knew something dark lurked in his family history.

A “crackle of forbidden knowledge” radiated from his German grandfather, Bruno Langbehn, who on visits to Scotland drunkenly dropped hints about his war-time activities to his impressionable grandson. Langbehn died in 1992 leaving his story untold.

As the BBC’s commissioning editor for history, one of Davidson’s shows is the hit genealogy programme Who Do You Think You Are? At the Edinburgh International Book Festival this week he will reveal some uncomfortable branches of his own family tree.

Following Langbehn’s death, Davidson made a discovery that hit his family “like a lightening bolt”: his grandfather had been one of the first members of the Nazi party, a high-ranking SS officer, and colleague of the architects of the Holocaust.

“All I can say is that it was devastating,” he said. “It was a revelation, while being completely consistent with what I knew about the guy.”

Davidson was born in Edinburgh in 1960. His German mother arrived in Scotland two years earlier to learn English, fell in love with a Scotsman and stayed. She was only seven when the Germans surrendered in 1945. She knew her father had been in the SS but refused to pry any further. “It was a formula she was happy to carry on with,” said Davidson. “For me it was insufferable. I’m not good with just knowing a bit, I need to know everything.”

Through a forensic trawl of public records and private documents he discovered that his grandfather had been an enthusiastic Nazi careerist. He joined the party aged 19 before advancing to became a high-ranking SS officer. His boss was Reinhard Heydrich, one of the principal ideologues for the Holocaust. Langbehn was one of the vital, faceless senior management cogs that kept the Nazi machine running.

“His were crimes of conscience. He happily embraced everything Nazism stood for,” Davidson added.

The Perfect Nazi, published on Thursday, was, said Davidson, a riposte to a man whom he found “self assured, pompous, arrogant, imperious, intriguing” in life, but had come to see as “a monster”.

“The man has never been remotely repentant,” he said. “He has gone to his grave, dying quietly in his bed aged 85, not a bad way to go. A lot better than most people who rubbed up against the Nazi experience.”

The irony of his involvement with Who Do You Think You Are?, where celebrities find stories of ancient relations overcoming adversity, is not lost on Davidson.

“I don’t get any of that,” he said. “My lot were the ones who created the adversity.”