Family and friends of Sean Kealiher have long pointed to Christopher Knipe as being involved in the 2019 homicide. 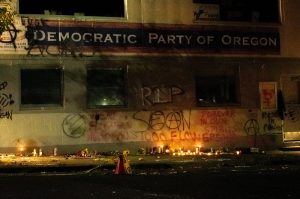 A Multnomah County judge has denied bail to the man accused of running over and killing prominent Portland anti-fascist Sean Kealiher in 2019, ensuring Christopher Knipe will remain in jail until his trial, which is scheduled for October 2023.

Knipe was arrested in August, more than two years after anti-fascist activists and Kealiher’s mother identified him as the likely culprit.

Knipe’s vehicle was left at the scene of the Oct. 12, 2019 killing. He had told police at the time his car was stolen that night and that he was at home during the incident.

It’s a lie that appears to have confounded police, who didn’t arrest Knipe until two and a half years after the alleged murder, despite having multiple videos debunking Knipe’s statement that he was not downtown that evening. Knipe, and the two other people he was with, left the car at the scene and “nonchalantly” walked away after running over Kealiher, according to prosecutors. 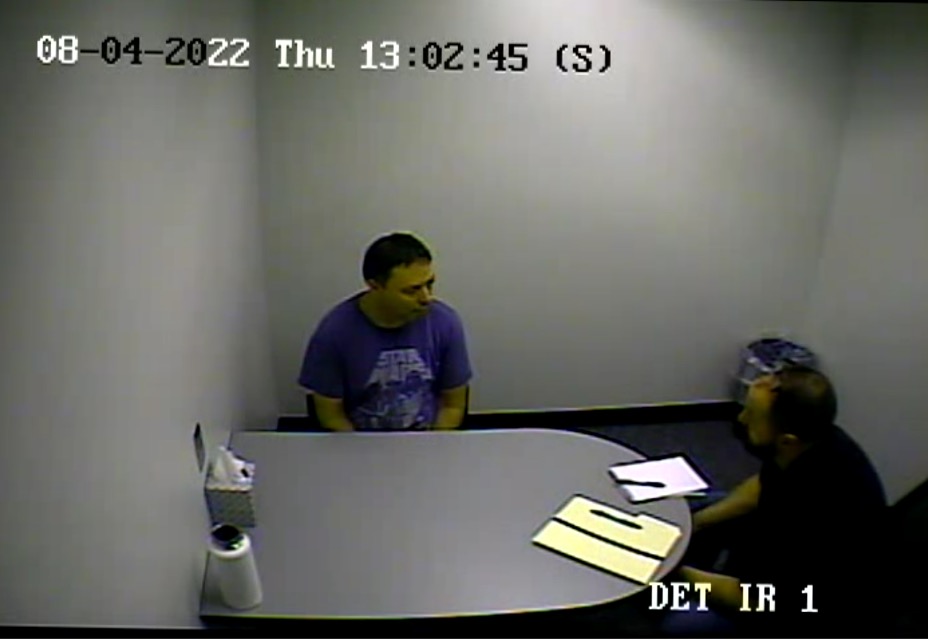 In a bail hearing Friday, prosecutors presented some of the extensive evidence pointing to Knipe, including crime scene photos of his crashed Ford SUV on the sidewalk in front of the Democratic Party headquarters in Northeast Portland, several surveillance videos showing Knipe at a nearby bar the night of the killing, and cellphone location data placing his phone in the area that night. Prosecutors also played audio of his eventual confession that he was driving the vehicle that killed Kealiher.

Despite well-corroborated speculation around the evidence in the case, for the first time on Friday, the public saw the handful of video recordings that police and prosecutors have had since the days after Kealiher was killed. Those videos show Knipe and three other people arriving at the Bossanova Ballroom, a music venue in Southeast Portland near where the hit-and-run took place.

A separate video from a security camera near where Kealiher was killed, shows what appears to be a verbal altercation between three people and the occupants of a Ford Explorer. That video shows Kealiher and his two friends appearing to yell at a person as he gets into the Explorer and drive away.

A third shows Knipe’s Ford Explorer make a three-point turn and accelerate back toward Kealiher and his two friends, hitting Kealiher.

Amid substantial legal pressure from news outlets, including OPB, to release information about the case through public records requests, Portland police Det. Scott Broughton interviewed Knipe again earlier this year. In the August 2022 interview played in court Friday, Knipe again repeats his story that he came home from work the night Kealiher was killed, drank some beers, went to a store around 8 P.M., came home and woke up to find his car missing the next day. He then reported it stolen to police.

“Based on that, I believe that you were in the area of this when this crime happened,” Broughton said. “I know you were down there and I can show you some pictures if you like…I wonder if you could illuminate me on why that is.”

After a pause, Knipe said, “There’s not much I can say.”

After being confronted with evidence, Knipe stuck to parts of his lie, saying Scott Duncan was not with him the night Kealiher was killed. Duncan, and a third person, Noah Caudle, are seen on multiple videos with Knipe at the Bossanova Ballroom. 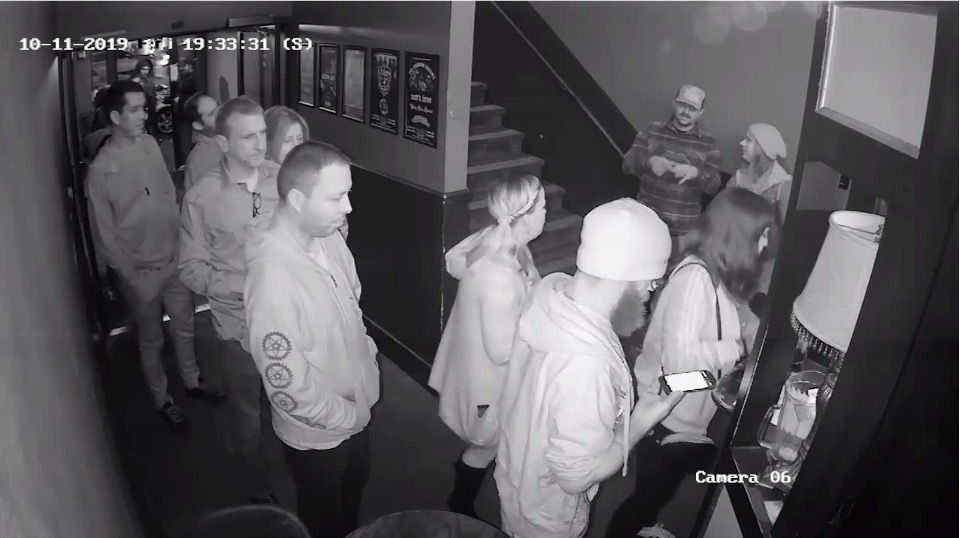 Presented with photos, Knipe tells detectives that some of them look like him but says he doesn’t recognize the two people he’s with, one of whom is Duncan. The two lived in the same apartment complex, according to property records.

“The evidence that I found during this investigation is not consistent with what you’re telling me,” Broughton told Knipe. “We always offer people a chance to tell their side of the story and so that’s what we’re here for.”

Knipe proceeds to once again tell a version of events that doesn’t match the evidence. He told detectives he was walking with another person after seeing a show when they were approached by three or four people, one of whom punched the man walking with Knipe. He claimed he then ran away, jumped in his car and started driving when someone beat on his window.

“I freaked out, kinda ducked down, and I must have stomped on the gas,” he said. “Everything got really loud and I was crashed into a building. I sat there for a long time, with my head down, scared, waiting for somebody to come kill me.”

Video of the incident presented in court shows Knipe drive away, make a three-point turn, and accelerate toward Kealiher.

“What we have are a variety of actions that show, by clear and convincing evidence, that there was intent,” Multnomah County Circuit Court Judge Adrian Brown said Friday. 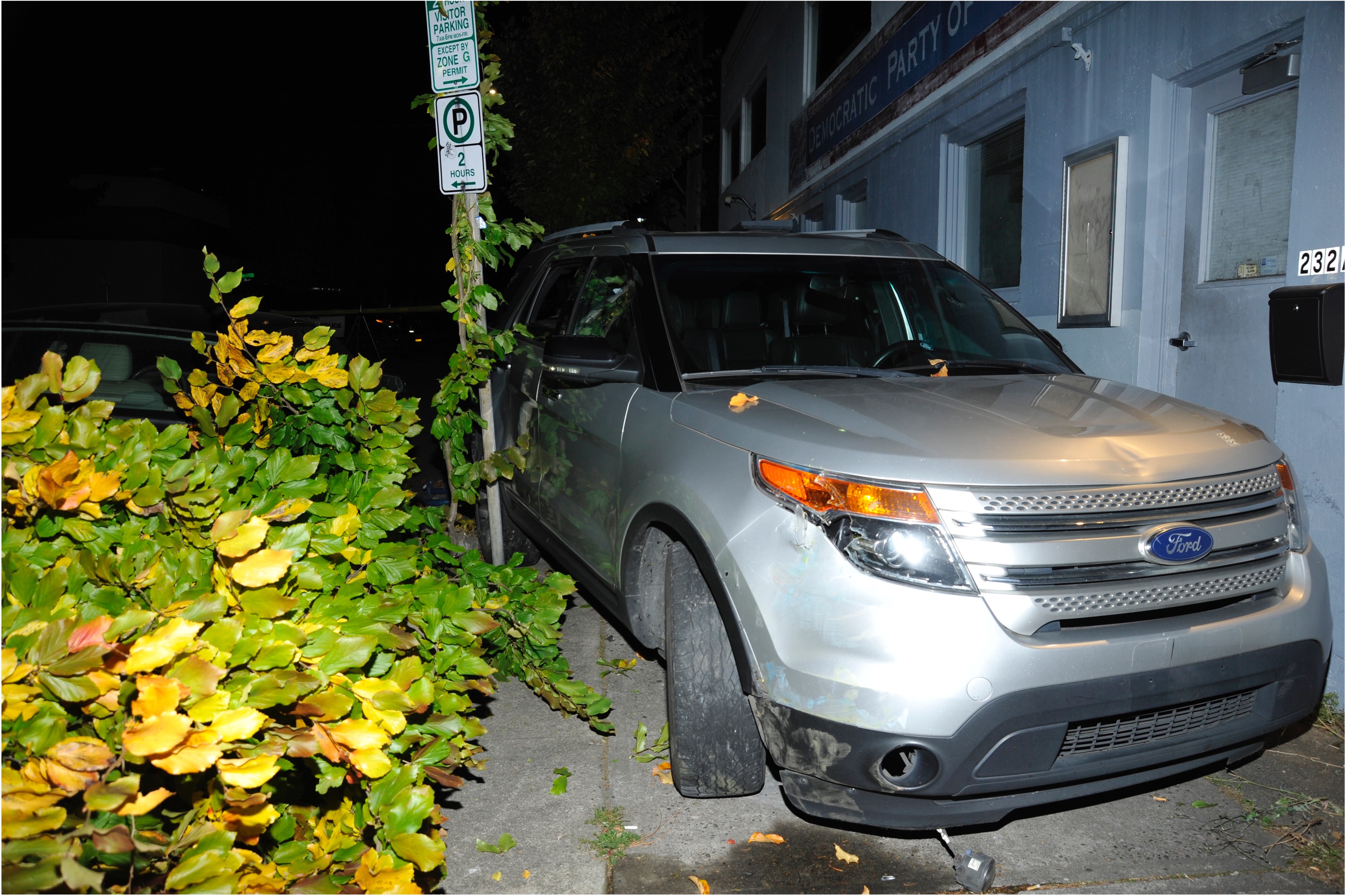 A crime scene photograph shows Christopher Knipe's Ford Explorer left at the scene where he hit and killed Sean Kealiher on Oct. 12, 2022 in Northeast Portland. Knipe, who confessed to driving the car and hitting Kealiher, originally claimed his car was stolen and denied being in the area. - Multnomah County District Attorney / OPB

Brown said the video of the three-point turn undermines Knipe’s claim he blacked out and suggests to her intentionality.

“The three-point turn indeed involved a lot of intentional movements,” she said. “The aiming of the wheel creates that strong presumption…shows that the defendant intended to not only go up on the sidewalk but intended to hit and injure, if not indeed end the life intentionally, of any of those three individuals.”

Knipe’s defense attorney, Russell Barnett, told OPB that his client being held without bail should not be seen as predicting “the outcome of the case for either the defense or the state.”

“This hearing was not the trial, but rather a preliminary proceeding,” Barnett said.

Brown said Knipe’s constantly evolving story, self-serving actions and the circumstantial evidence strongly point to his involvement in the killing.