(CN) – The Army and CIA satisfied their obligations under the FOIA by releasing thousands of pages about a Nazi general turned U.S. spy, the D.C. Circuit ruled.

“Removing the cloak from the cloak-and-dagger business of spying can be a lengthy and arduous process,” wrote U.S. Circuit Judge Patricia Ann Miller at the beginning of a 38-page opinion.

Beginning in the 1970s, journalist Carl Oglesby “relentlessly pursued” the story of Gen. Reinhard Gehlen, Hitler’s senior military intelligence officer on the Eastern Front, who became a double agent for the U.S.

The Eastern Front in World War II was the theater of conflict between the Axis powers and the Soviet Union. The battles that took place there between June 1941 and May 1945, are widely considered elements of the largest military conflict in history.

At the same time, Gehlen secretly served as chief of the Gehlen Organization, a Nazi spy ring during World War II, which the U.S. allowed to continue after the war despite denazification programs.

The group was reportedly reconstituted as a functioning espionage network under U.S. command after secret meetings took place at Fort Hunt in Virginia, a military interrogation center during the World War. 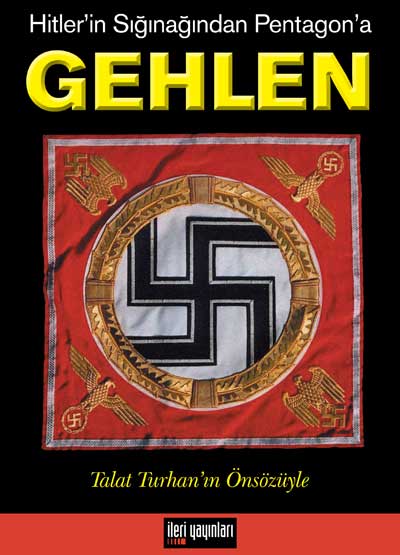 Oglesby claimed that control of the organization shifted back to the West German Federal Republic after 10 years of American control. Gehlen died in Starnberg, Germany on June 8, 1979.

Oglesby sued the federal government in 1987 to challenge several agencies’ responses to his Freedom of Information Act requests submitted in August 1985.

After Oglesby died in 2011, Aron DiBacco and Barbara Webster, the domestic partner and daughter of the journalist, replaced him in the case.

These litigation efforts forced the Army and CIA to release more than ten thousand pages of documents related to Gehlen.

In addition, the Nazi War Crimes Disclosure Act passed by Congress in 1998 resulted in the disclosure of millions of pages of government records from the World War II era, some of which were responsive to DiBacco’s request.

A federal judge concluded in 2013 that these responses satisfied the government’s duty under the FOIA, and the D.C. Circuit largely agreed Friday.

“DiBacco levels five challenges to the Army’s search, which did not produce certain materials she believes exist and had hoped to find. But FOIA is not a wishing well; it only requires a reasonable search for records an agency actually has,” Millett said, writing for the three-judge panel.

The Army’s FOIA search did not yield a single document regarding the purported secret meetings held at Fort Hunt in the summer of 1945 between Gehlen and high-ranking U.S. officials, including George Strong and Allen Dulles.
DiBacco believes documents from these meetings must exist, but her belief is merely speculative, the court said, and does not undermine the adequacy of the Army’s search.

Further, DiBacco’s argument that the Army transferred documents to the National Archive to avoid responding to her FOIA request “beggars belief.”

“The Army’s transfer of documents to the National Archives was done for a proper and eminently sensible reason: to fulfill the Army’s obligations under the Disclosure Act to disclose all relevant materials and ‘make them available to the public at the National Archives[.]’ That is the antithesis of a suspect motive; following the law is exactly what agencies are supposed to do,” Millett said.

The court upheld the CIA’s redaction of protected national security information from approximately 475 pages of its disclosure.