Photo: Observers have suggested that Canada’s actions are related to potential competition to its tar sands. Photograph: Orjan F Ellingvag/Corbis

The Canadian government agency that allegedly hacked into the Brazilian mining and energy ministry has participated in secret meetings in Ottawa where Canadian security agencies briefed energy corporations, it has emerged.

Claims of spying on the ministry by Communications Security Establishment Canada (CSEC) come amid the Canadian government’s increasingly aggressive promotion of resource corporations at home and abroad, including unprecedented surveillance and intelligence sharing with companies.

According to freedom of information documents obtained by the Guardian, the meetings – conducted twice a year since 2005 – involved federal ministries, spy and police agencies, and representatives from scores of companies who obtained high-level security clearance. Meetings were officially billed to discuss “threats” to energy infrastructure but also covered “challenges to energy projects from environmental groups”, “cyber security initiatives” and “economic and corporate espionage”.

The documents – heavily redacted agendas – do not indicate that any international espionage was shared by CSEC officials, but the meetings were an opportunity for government agencies and companies to develop “ongoing trusting relations” that would help them exchange information “off the record”, wrote an official from the Natural Resources ministry in 2010.

At the most recent meeting in May 2013, which focused on “security of energy resources development”, meals were sponsored by Enbridge, a Canadian oil company trying to win approval for controversial tar sands pipelines.

Keith Stewart, an energy policy analyst with Greenpeace Canada, said: “There seems to be no limit to what the Harper government will do to help their friends in the oil and mining industries. They’ve muzzled scientists, gutted environmental laws, reneged on our international climate commitments, labelled environmental critics as criminals and traitors, and have now been caught engaging in economic espionage in a friendly country. Canadians, and our allies, have a right to ask who exactly is receiving the gathered intelligence and whose interests are being served.”

Observers have suggested that Canadian spying on Brazil is related to the country’s auctioning of massive offshore oil finds, potential competition to Canada’s tar sands, and Canada’s desire to gain competitive advantage for more than 40 Canadian companies involved in Brazil’s mining sector.

“There is very substantial evidence that the spying Canada was doing for economic reasons aimed at Brazil is far from an aberration,” Guardian columnist Glenn Greenwald told Canadian media on Tuesday. Greenwald hinted that he will be publishing further documents on CSEC.

“We’ve already seen how Canadian embassies around the world essentially act as agents for Canadian companies – even when they’re implicated in serious human rights abuses,” said Jamie Kneen of MiningWatch Canada, an NGO watchdog. “We just had no idea how far they were willing to go.” 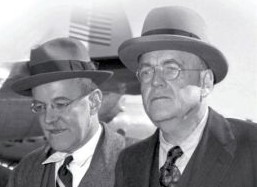