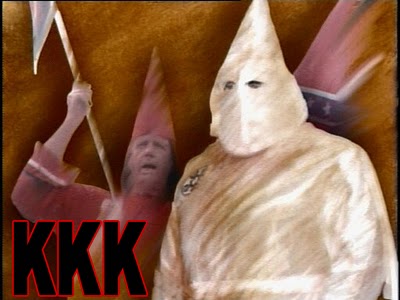 After pulling over a vehicle Monday, an officer located a Ku Klux Klan hood and a weapon inside the vehicle, according to Fort Smith police.

Officer Eric Fairless stated in his report that he was on patrol in the area of North 41st Street on Monday afternoon when he noticed a brown Mazda 626 with expired paper tags.

He said he pulled the vehicle over at Jet Away Convenient Store, 4101 Kelley Hwy., and spoke with the driver, 30-year-old Christifer Sherman, and the passenger, 42-year-old Lewis Pittman, according to the report.

Fairless states that upon receiving permission to search the vehicle, he located a pair of metal knuckles wrapped in a white cloth inside the center console of the vehicle.

Eye holes and a nose hole, Fairless said, had been cut out of the white fabric, and “KKK” was written on the front of the hood in green writing, the report states.

Fairless reported that he also located a white paper sack containing 10 hypodermic needles still wrapped in a packages. He said both suspects told him they did not need the needles for any medical reason, the report states. 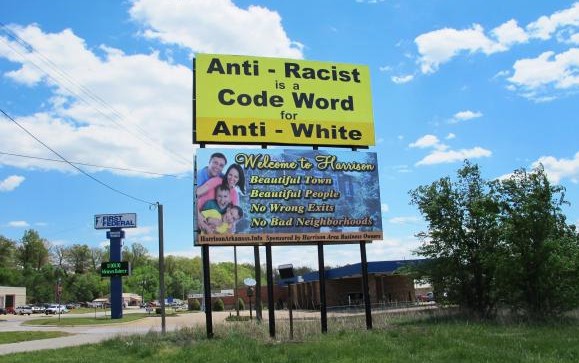 Tale Of Two Billboards: An Ozark Town’s Struggle To Unseat Hate
May 17