Roger J. Stone Jr., the political consultant who agreed to stop working for the State Senate Republicans after being accused of leaving a nasty message for Gov. Eliot Spitzer’s father, has a long history in bare-knuckle politics.

City Room took a brief look at the career of Mr. Stone, who is 55. Although mostly known for his work for Republicans, Mr. Stone has had an eclectic mix of clients, including Edward I. Koch and Al Sharpton.

His earliest political allegiance, dating to his teenage years, was to Richard M. Nixon — Maureen Dowd has called Mr. Stone a “keeper of the Nixon flame” — and he has even complained that a movie depiction of Nixon showed him drinking bourbon.

“First of all, Nixon drank martinis, not bourbon,” Mr. Stone told The Times in 1995. “They can’t even get that right.”

Perhaps the most detailed, if negative, account of Mr. Stone’s early years is “State-of-the-Art Sleazebag,” a Dec. 9, 1985, profile in The New Republic by Jacob Weisberg, now the editor of Slate. The profile reports:

He says he became a Republican at age 12, after a neighbor in Norwalk, Conn., gave him a copy of Barry Goldwater”s “Conscience of a Conservative.” Stone was devastated by Goldwater’s defeat, but remained fully devoted to the party, rising through the ranks of youth groups like Teenage Republicans, College Republicans, Young Republicans, and the Young Americans for Freedom. As a 19-year-old student at George Washington University, Stone was the youngest Watergate dirty trickster. On orders from Creep boss Bart Porter, Stone hired Michael McMinoway — known as “Sedan Chair II” — to infiltrate the McGovern campaign and report back. Using the pseudonym “Jason Rainier,” Stone made contributions to the New Hampshire McCloskey campaign in the name of supposed left-wing groups like Young Socialist Alliance. He then sent the receipts along with an anonymous letter to The Manchester Union-Leader. He also recommended that Creep hire a fellow student named Theodore Brill, who was subsequently paid $130 a week to spy on “radical groups.” Stone says the ideas for this “kid stuff” — none of which was actually illegal at the time — emanated from Charles Colson, and that if he had refused to do it, Creep would have fired him and gotten someone else.

At the time of the profile, Mr. Stone was something of a Republican wunderkind. He had managed President Ronald Reagan’s Northeast operations in 1980 and 1984, was credited with Thomas H. Kean’s election as governor of New Jersey in 1981, and was advising Jack F. Kemp, the New York congressman, on his 1988 presidential run. (He had also helped Mr. Koch with his successful run for a second term as New York City mayor, in 1981.) Mr. Stone had built what The New Republic called a profitable lobbying business, with clients like Salomon Brothers, Johnson & Johnson, Rupert Murdoch’s News Group (now the News Corporation) and the Tobacco Institute.

Some pointed the finger at him as having a role in the scandal over forged documents related to George W. Bush that were the undoing of Dan Rather. But Mr. Stone denied any involvement.

Mr. Stone’s own take on himself can be found at his Web site. 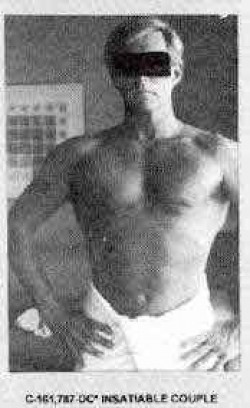 Longtime political operative and no stranger to dirty tricks. Worked for Chuck Colson in 1972 at the Committee to Re-Elect the President (i.e. Nixon). Helped strategize for the Reagan presidential campaign and Arlen Specter's Senate campaign. Worked on Bob Dole and Donald Trump's unsuccessful presidential campaigns. Also appears to have been helping Al Sharpton's 2004 presidential campaign, for some reason.

In 1996, Roger and his wife Nydia purportedly placed an ad in Swing Fever magazine looking for single men and couples to join them in group sex. According to reporting in the National Enquirer and the Star, the copy proclaimed: 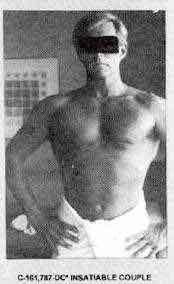 We are hot, athletic and very fit. We are seeking similar couples or exceptional muscular, well hung, single men. She's 40DD-24-36 and bi. She loves to fuck hard and deep. He's 195 lbs., trim, muscular and 8" +. She prefers jocks, miliary men, and body builders. No fat people or smokers need respond. Send photo and phone. No photo, no response! We are interested in DC, VA, MD, NYC, Miami, and LA.

"This is a message for Bernard Spitzer: You will be subpoenaed to testify before the Senate committee on investigations on your shady campaign loans. You will be compelled by the Senate sergeant at arms. If you resist this subpoena, you will be arrested and brought to Albany. And there's not a goddamn thing your phony, psycho, piece-of-shit son can do about it. Bernie, your phony loans are about to catch up with you. You will be forced to tell the truth and the fact that your son's a pathological liar will be known to all.

This despite the fact that according to caller ID logs, the call was placed from a phone number registered to Stone's apartment. Stone added: "Putting together a voice tape that sounds like me wouldn't be hard to do." (And how would he know that?)