The Latest Hoax Book on the John Kennedy Murder

WND.COM Books blurb on yet another fake investigation of the Kennedy assassination – this one manages to smear the Kennedys and deceive the reader at the same time. A bio of conservative political fundraiser and “author” Brad O’Leary follows:

Triangle of Death, by Brad O’Leary and Edward Lee

• President John F. Kennedy supported the coup d’état that resulted in the assassination of Diem

Forty-eight hours after JFK’s murder, the FBI deported a French assassin — a fact that was not reported at the time, even to the Warren Commission. This deportation order came from the office of the attorney general, Robert F. Kennedy.

Bradley O’Leary and Edward Lee present a convincing argument that implicates not Lee Harvey Oswald, but rather a conglomerate of conspirators, in the death of beloved President Kennedy. Using actual CIA documents, interviews and evidence, “Triangle of Death” will alter everything you thought you knew about John F. Kennedy’s death. 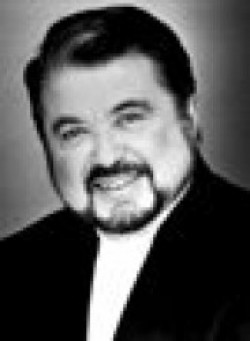 … Brad O’Leary is the former president of the American Association of Political Consultants. During his ten-year career as a talk show host on NBC/Westwood One he had two million listeners a day. He was also a cover and feature writer for USA Today Weekend Magazine, with 100 million weekly readers.

He is the author of eleven books, including Presidential Follies, which Human Events called “as one-sided and impertinent as all get-out, and yet it’s also acute, knowing and percipient, not to mention wonderfully readable.” Mr. O’Leary is also the author of Are You a Conservative or a Liberal? and Triangle of Death.

He currently serves as president of ATI-News, and he is Chairman of the Board of PM Direct Marketing. According to former U.S. Senator Phil Gramm, “Brad O’Leary is one of the most creative and experienced observers on the contemporary political scene.”

Sep 23, 2008 … GLENN: Well, Brad O’Leary has got a book out, The Audacity of Deceit. And he’s got an interesting section in here on the Barack Obama test …
www.glennbeck.com/content/articles/article/196/15558/

EGO Magazine called it: “A gloriously comprehensive collection of the most memorable events in Reagan’s life and presidency…a must have for any serious fan of the Gipper.”
http://www.endoffreespeech.com/author.cfm