For background on Murdoch's CIA heroin-importing past in Australia, see: http://aconstantineblacklist.blogspot.com/2007/09/media-mafia-part-six-ciamafias-rupert.html - Scroll down to the Murdoch section.
•••••• 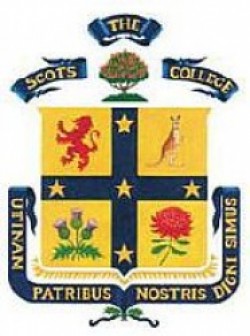 " ... Somervaille served with an army "cloak and dagger" reconnaissance unit. ... He also acted for a young Rupert Murdoch, who was then expanding his newspaper empire from Adelaide, and became a director of News Limited. ... In 1968, shortly before Murdoch launched his takeover bid for Britain's News Of The World ... Murdoch asked him to look after his West Australian bauxite deposits, through the company Alwest. ... "

BOB SOMERVAILLE was, as he put it himself, "more at home with a bloke in a pub than a bloke in a club". He was as much at home with the nation's political leaders — he worked with both sides of politics — and business leaders as with the man in the street. He liked trying to see how people clicked.

Somervaille's combination of "hail fellow, well met" with intelligence and experience took him to the top as a lawyer, businessman and head of such organisations as Telecom and the ABC. The historian Ken Inglis wrote of his chairmanship of the ABC, while David Hill was managing director, that he dealt with Hill "as a shrewd uncle might handle an able and unruly nephew".

Somervaille, who has died at 86, was born in Strathfield in Sydney, the second son of Robert Davidson Somervaille and his wife, formerly Myee Duncan, both of Scottish descent. He went to South Strathfield Primary School, then Scots College, until the AMP sent his father to Melbourne, where his sons attended Scotch College. The younger son excelled at the humanities, particularly Latin, loved words and poetry, played cricket in the First XI and captained the Victorian schoolboys' rugby team; he later played for the Gordon club in Sydney.

He intended to study law when World War II intervened. His brother James, known as Slim, fought in New Guinea, while Somervaille served with an army "cloak and dagger" reconnaissance unit.

He met Ina Hayman at a dance while on leave, and they married in 1946.

Somervaille enrolled in part-time law at Sydney University, while working with AMP. He then worked as an articled clerk at Dawson Waldron Edwards and Nicholls, graduated with first class honours in law and became a partner in Dawson Waldron in 1954. He focused on the commercial practice, expanding it into underwriting and public share issues. The mining boom of the late 1960s had arrived.

Somervaille told later how business had boomed after he had met, at the office urinal, a senior partner of the stockbroking firm JBWere, who worked in the same building and asked: "Ever done a public share issue?" Somervaille said he'd like to learn, to which the Were man replied: "Well, come down when you finish shaking that thing and we'll talk about it."

He acted on the establishment of Hill Samuel Australia, becoming an inaugural director of the fledgling merchant bank, with three employees. It is is now Macquarie Group. He also acted for a young Rupert Murdoch, who was then expanding his newspaper empire from Adelaide, and became a director of News Limited.

In 1968, shortly before Murdoch launched his takeover bid for Britain's News Of The World, which Somervaille called "Screws of the World" because of its high sex content, Murdoch asked him to look after his West Australian bauxite deposits, through the company Alwest.

The Whitlam government later rejected an Alwest plan due to its large foreign interest. Although Murdoch's papers were turning against Whitlam, the prime minister asked Somervaille to oversee the formation of Telecom, following the splitting of the Post Office into Australia Post and the Overseas Telecommunications Commission. Somervaille finally chaired both statutory authorities.

In 1984, the NSW government appointed him chairman of the Government Insurance Office. For someone thought to be ignorant of anything mechanical or technical, he quickly appreciated the importance of information technology and communications. After the Hawke government made him chairman of the Australian Space Board in 1986, he said that the Cape York spaceport proposal, being pushed by the Queensland premier, Joh Bjelke-Petersen, would raise Australia's space research profile.

The Somervaille-Hill team lifted Australian drama content at the ABC — and ran into their own political dramas. When Four Corners ran a profile of Sir Peter Abeles, he complained to Bob Hawke, who spoke to Somervaille, who said that the ABC's current affairs programs could not be influenced by what politicians might think. The ABC chief said later that he had been under no pressure from the prime minister. However, Keith Jackson, a senior ABC manager, wrote that Hawke had launched an "intemperate attack on Four Corners as a nest of vipers".

ABC Television's coverage of the Gulf War in 1991 brought more vigorous exchanges with the Hawke government, which considered the coverage anti-Western. Somervaille also fought against threats to ABC funding. In 1988, he threatened to quit if the ABC could only broadcast programs that the commercial stations would not run.

Somervaille was the inaugural solicitor member of the NSW Judicial Commission in 1987. He chaired FAI Life and the French Australian Industrial Roundtable. He helped raise funds for the National Trust and the Australian Opera and was an elder of Scots Church. His family company, Macarthur Park, ran cattle outside Blayney.

In 1992, he became an officer of the Order of Australia (AO), and he was an Officier in the Legion d'Honneur.

Somervaille's health declined after his wife Ina died in 2001. He is survived by his children, David, Pamela, Catherine and Jeremy and their families.