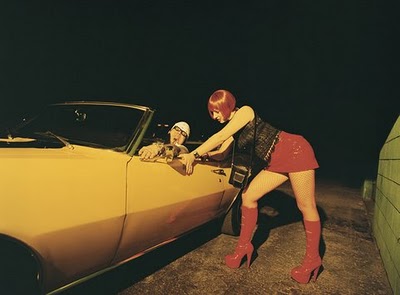 A legal secretary at Akin Gump has been suspended after she told her bosses she also worked at night for the escort service run by the so-called D.C. Madam, Jeane Palfrey. Here’s the report from ABC News.

In an interview to be broadcast Friday on 20/20, the woman will tell ABC News she both serviced clients and helped run the business from time-to-time. The mighty D.C. firm said it would not make her name public. “We had no inkling until she informed us this Monday morning,” said Akin Gump chairman Bruce McLean to ABC, who said that firm policy prohibits full-time employees from holding other jobs.

Palfrey has been charged by federal prosecutors with running a call-girl ring. She has pleaded not guilty, arguing that her serive provided nothing more than “legal, fantasy sex.” Palfrey said the Akin Gump secretary was described by Palfrey as an “absolutely lovely gal,” who was working for her “to go back to school and get her education, to finish her college degree.”

ABC News says the woman is represented by Athan Tsimpedes, who appears to be a sole practitioner in Rockville, Md. He told ABC his client “does not want the publicity that Ms. Palfrey desperately seeks.”

The Lexington Comair Crash, Part 36: Idiot Wind – The Company's Sopranos ... Where are They Today?