The “D.C. Madam” took a prostitution rap, then took her own life. But her alleged johns—including sanctimonious U.S. senator David Vitter—walked away uncensured and unscathed. 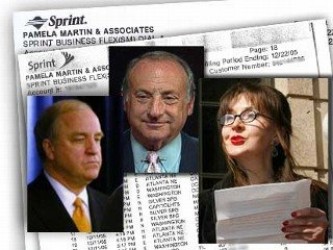 Louisiana Republican Sen. David Vitter strolled about his business under the snow-white U.S. Capitol dome on May 1, 2008—a routine, even mundane day for the staunch social conservative. He mostly slogged through negotiations about an expansion of the National Flood Insurance Program.

That isn’t the kind of red-meat issue that fueled Vitter’s meteoric ascent into the Senate in 2004. Vitter campaigned as a man who best represents “mainstream Louisiana values.” Verging on holier-than-thou, Vitter is one of the most moralistic “pro-family” elected officials walking the Capitol’s polished hallways. 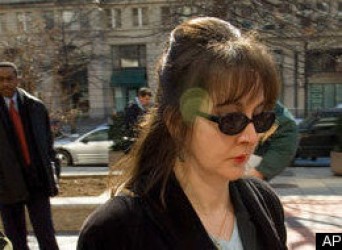 At about the same time that Thursday, some 800 miles to the south, Deborah Jeane Palfrey, known as the D.C. Madam, was taking her last breaths. She walked out of her mother’s trailer home in Tarpon Springs, Fla., into a shed out back. According to police, she then hung herself. The suicide note she wrote to her mother described the ordeal of her very public trial on charges related to the prostitution ring she operated as a “modern-day lynching.” She had been convicted two weeks earlier of money laundering, using the mail for illegal purposes and racketeering, and faced a maximum of 55 years in prison. In simpler terms, she had been busted for arranging sexual liaisons for powerful men.

Vitter may have been one of those powerful men.

Last summer, it was revealed that Vitter’s Washington phone number had shown up five times in Palfrey’s 1999–2000 call-girl service phone records. At a hastily called press conference, the senator admitted to a “very serious sin in my past.” He added, "Several years ago, I asked for and received forgiveness from God and from my wife in confession and marriage counseling." 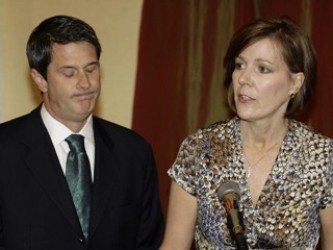 Even by the most jaded Washington standards, Vitter’s indiscretions smack of hypocrisy. The Christian Coalition has rated Vitter 100 percent on his voting record for their key issues. He supports abstinence-only education and so-called intelligent design. He is a staunch and reliable opponent of gun control, abortion, gambling, immigrants’ rights and particularly gay marriage.

In 2006 he argued in favor of a constitutional amendment that would define marriage as a union reserved only for heterosexual couples. Vitter—who himself is married with four children—claimed at the time that traditional marriage would precipitate ethical behavior. He called alternatives to traditional heterosexual marriage a “threat” and a “problem.”

For a man who had so much to say about the benefits of conventional matrimony and such vitriol for consensual behavior he considers immoral, Vitter’s “serious sin” confession last summer was just about all he has said about his own transgressions. The silence is particularly deafening given the numerous questions he has faced from reporters who wanted to know if his calls to the D.C. Madam represented an anomaly, or reflected a habit.

Indeed, shortly after dropping his unsuccessful 2002 bid to be Louisiana’s governor, Vitter had been accused by a member of his own party’s state central committee, Vincent Bruno, of carrying on an affair with a French Quarter prostitute in his hometown of New Orleans. Other New Orleans prostitutes have also come forward, claiming that despite all of Vitter’s lofty rhetoric about morality, Palfrey wasn’t the only madam taking his calls.

“The thing that I find that is so upsetting about Vitter is how sexist the whole thing has been,” says Melanie Sloan, executive director of the nonpartisan watchdog group Citizens for Responsibility and Ethics in Washington (CREW). “To me it is like the Salem witch trials. The men walk free while women were burned.”

Sloan’s group filed a complaint about Vitter with the Senate Select Committee on Ethics, a body unfortunately considered an anemic enforcer, at best—there is no great appetite on Capitol Hill for investigating one’s fellow senators. The committee dismissed the matter in a May 8, 2008, letter to Vitter. The “conduct at issue” occurred before Vitter got to the Senate and he was never charged with a crime. Also, Vitter’s alleged transgressions “did not involve use of public office or status for improper uses.” But the letter to Vitter did include this pointed statement: “The committee reserves the right to reopen an investigation should new allegations or evidence be brought to our attention.”

Vitter has returned to the Senate, where he’s still working on flooding. And of course he still cares deeply about family issues. Vitter has even established an initiative to deal with a special constituency of his: women. According to his website, Vitter’s Women’s Leadership Forum includes meetings “designed to help me focus on the views and needs of women and families.”

MARK BENJAMIN is an investigative reporter based in Washington, D.C. He specializes in national security issues and politics.