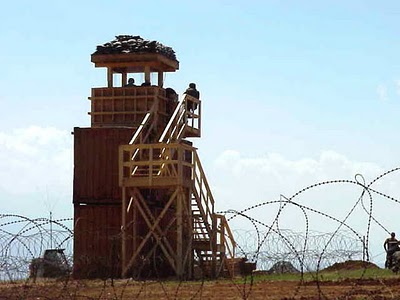 " ... Poland and Romania have repeatedly DENIED hosting CIA prisons -- a position they reiterated today as the new report was being released. Marty said the two countries' government agencies did not cooperate with his investigation.

"The report - part of a larger investigation into partnerships among the CIA, NATO and European nations in the capture, transfer and detention of suspected terrorists - reflects EUROPEAN OUTRAGE over the secret operations. ... "