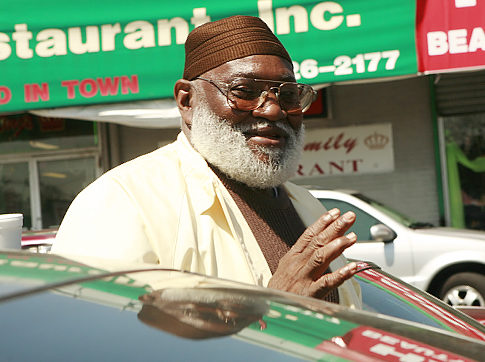 Mustafa Shabazz, pictured in 2008, was formerly known as William Bradley.

A much-awaited book due out Monday will bring new scrutiny to a New Jersey man it fingers as one of the killers of Malcolm X. William Bradley, now known as Mustafa Shabazz, is 72 and married to the politically-connected owner of a boxer's gym in Newark, N.J.

Bradley was first named as one of five conspirators who assassinated Malcolm X back in the 1970s. He was never charged but spent decades in prison for unrelated crimes. He has been living quietly in Newark for the last dozen years.

Last year, historian Abdur-Rahman Muhammad named Newark's Shabazz on his blog as "the man who fired the first and deadliest shot" in Manhattan's Audubon Ballroom on Feb. 21, 1965.

Today, "Malcolm X: A Life of Reinvention," by Columbia Professor Manning Marable - who died unexpectedly Friday, on the eve of the publication of his life's work - repeats the charge against Shabazz.

"This was the kill shot," he writes.

Shabazz could not be reached Sunday, but his wife told the Newark Star-Ledger that he had nothing to do with the assassination.

"As God, Allah, is my witness, there's no way my husband could have had a negative thought in his head about Malcolm X," Carolyn Kelley-Shabazz told the paper. "My husband is no more guilty about what happened with Malcolm than you or I."

Talmadge Hayer, a Nation of Islam member who now goes by Mujahid Halim, was arrested at the scene, confessed at trial and spent 45 years in prison. He was paroled last year. Two other men were also convicted even though Hayer said they were not involved.