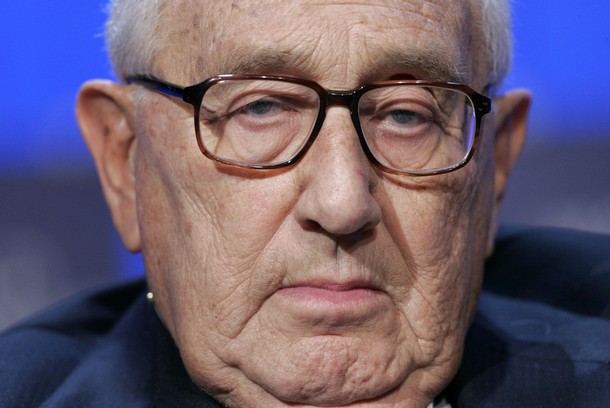 Three weeks ago, the university issued a press release announcing former Secretary of State Henry Kissinger would visit campus today. The statement was followed by a brief overview of Kissinger’s career and a list of his awards and distinctions.

Among them was no indication that he was a suspected war criminal or that he had been accused repeatedly of crimes against humanity.

I’m going to assume that whoever wrote the release didn’t know this, and I’m willing to extend that benefit of doubt to whoever invited Kissinger to speak.

After all, I like to think if everyone knew the gory details of his career, he’d see the door shut in his face at every decent college in the country.

Make no mistake: Kissinger’s political career was a long campaign of subversion and violence. His evasion of responsibility is already a minor national disgrace, and OU is only degrading itself by honoring him tonight.

If Kissinger’s introduction is worded anything like the press release, then it will be littered with euphemisms and totally lacking details he doesn’t want to discuss. Instead, it will focus on his successes but only so far as they don’t include the unpleasant details.

If and when Kissinger is lauded for his role in “ending the Vietnam War,” someone ought to mention his support of the secret Cambodia bombings, which not only extended the length of the war, but killed thousands of peasants and compelled survivors to join the genocidal Khmer Rouge.

Similarly, if Kissinger is to be congratulated for his “opening to China,” it should be mentioned said opening was secured by the United States’ relationship with Pakistan, which Kissinger maintained in spite of the 1970s genocide by the Pakistani army that left 3 million Bengalis dead and 10 million refugees.

How does one overlook these horrors? It appears as if Kissinger either failed to calculate the value of human life in his policy-making or simply failed at policy-making altogether. In either case, why are we giving him recognition?

Two other atrocities linked to Kissinger probably won’t be mentioned because they are even less easily rationalized. These include the 1970 conspiracy to kidnap and murder René Schneider, the chief commander of the Chilean army, and the United States’ approval of Indonesia’s occupation of East Timor.

Both of these meddlings represent something sinister and unprincipled in the Kissinger mindset: the idea that independence and democracy are only good when they fit America’s plan for the world.

Schneider was targeted because he opposed any military intervention in the democratic transition of power in Chile, which was about to put a Marxist president in charge. East Timor had just gained its independence when it was allowed to be snatched away by Indonesia, a United States ally that later instituted genocide.

While Kissinger was not totally responsible for these injustices, no mention of them is complete without his signature.

In the aforementioned press release, President David Boren correctly states Kissinger played the biggest role of any American diplomat in the last half of the 20th century.

That doesn’t necessarily mean it was a positive one.

Poland Slams US Over WWII Inaction on Holocaust
Apr 04