His death on Aug. 25, 1945, was commemorated by the anti-communist group

It was one of the last deaths of World War II, but its legacy had a lasting effect on our politics.

Seventy years ago Tuesday—on Aug. 25, 1945— a 26-year-old Army Air Force captain named John Birch was killed by communists in China at the twilight of World War II, after Japan announced its surrender. Some 13 years later, the John Birch Society–named for the young soldier–was founded to expose what they saw as rampant communism within the United States.

The secretive group wasted little time fanning the flames of anti-communist sentiment, with TIME reporting in 1961 on their theories about leftist agents in high-ranking government positions—including, they posited, Dwight Eisenhower. That report was read into the Congressional record a few weeks later and inspireddebate on the Senate floor.

The group’s namesake was apt. As TIME reported, Birch was a champion crusader:

John Birch was born in Landour, India, to a husband-and-wife team of missionaries. When John was two years old, his family returned to the U.S., and he was raised in New Jersey and Georgia. In 1939 Birch graduated from Georgia’s Baptist-controlled Mercer University as the top man in his class, leaving behind him a record that is still recalled. “He was always an angry young man, always a zealot,” says a classmate. “He felt he was called to defend the faith, and he alone knew what it was.” Says a psychology professor: “He was like a one-way valve: everything coming out and no room to take anything in.”

In his senior year, Birch organized a secret “Fellowship Group” and set out to suppress a mildly liberal trend at Mercer. He and twelve colleagues collected examples of “heresy” uttered by faculty members (example: a reference to evolution), whipped up support among Georgia’s Baptist clergy, finally forced the school to try five men on the charge. Mercer eventually dismissed the cases, but not before admonishing 75-year-old Dr. John D. Freeman, a world-famous Baptist leader, for using a theologically “unsound” textbook. That summer Dr. Freeman quietly retired from Mercer. Says a professor: “It broke him.” 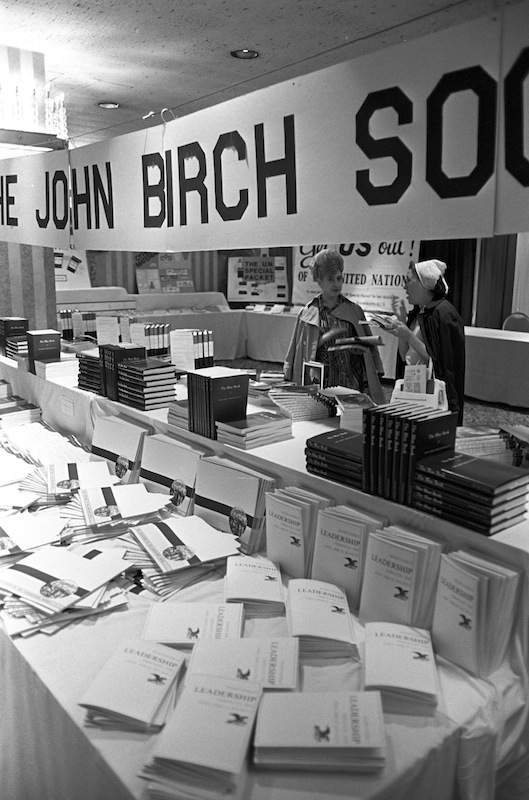 After school, Birch followed his parents’ lead in becoming a missionary. He was serving in China when World War II arrived. In 1942, after meeting survivors of the U.S. air raid on Tokyo, Birch decided to enlist and was assigned to work behind enemy lines in China.

Read more from 1961, here in the TIME Vault: Who Was John Birch?