The Koch brothers’ political network spent hundreds of millions to win the White House and the Senate — and came up empty. So they did what any smart business executives would do: ordered up an audit.

But they’re not waiting for the final report for heads to roll.

Americans for Prosperity, the Kochs’ main political outlet, parted ways with its chief operating officer, most of its 100-plus employee field staff and several fundraisers. Generation Opportunity, a Koch-backed youth mobilization effort, recently replaced its president.

Charles and David Koch’s network also is withholding cash from some groups pending the full audit results, and it has postponed both of its signature donor conferences this year.

The pressure isn’t coming just from the inside. California regulators are issuing subpoenas and demanding phone and business records in an investigation that could reveal the secret donors funding some Koch-linked groups or even result in those donors becoming targets themselves. And David Koch has told friends he is weary of being pilloried by liberals and Democrats up to and including President Barack Obama as the personification of the corrupting influence of money in politics.

It’s not all gloom and doom in Koch World, but the brothers are at a potential turning point and their decisions could go a long way toward shaping the future of the Republican Party.

If they continue an expansion into electoral politics that helped spawn the tea party and push the GOP to the right, they could find themselves on a collision course with Karl Rove, who has pledged to raise big money to boost more centrist or “electable” GOP candidates. But if they begin steering cash away from ads and political organizing and back toward the free-market libertarian ideological and policy spheres, that could diminish their role at the ballot box.

Early indications suggest that they’ll continue playing in politics but will tweak their approach to reflect 2012 lessons.

Top Koch operative Kevin Gentry emailed associates after the election about “a growing belief that one of the Obama campaign’s competitive advantages was their analytical approach to almost all of their messaging” while others in Koch World have hinted at a more decentralized and below-the-radar strategy.

“They’re trying to figure out a way to benefit their causes” without becoming straw men at the same time, said a source familiar with their thinking.

They’ve blessed the formation of a new secret money nonprofit group, the Association for American Innovation, POLITICO has learned. It will be run by former top AFP strategist Alan Cobb and will wage a behind-the-scenes push in state capitols for reforms consistent with the brothers’ small-government, free-enterprise philosophy, including possibly curbing union power and abolishing income taxes.

Americans for Prosperity is moving forward with a new initiative to block the implementation of Obamacare, and has hinted it may get involved in congressional primaries for the first time in 2014, which could pit it directly against Rove’s effort.

The brothers’ operation also has signaled continued commitment to a host of nonprofit groups established in the past few years under a section of the tax code — 501(c)4 — that allows donors to remain anonymous. There’s a voter data-mining effort called Themis, a Hispanic voter targeting outfit called Libre Initiative and a fiscal watchdog called Public Notice.

Maybe the biggest question looming over Koch World, though, is whether it can still count on the support of the dozens of wealthy supporters in its network, who — as much as the brothers’ own personal fortunes (estimated at $31 billion each) from their family owned industrial conglomerate Koch Industries — give the Kochs their political muscle.

The 2013 installments of the secretive twice-a-year Koch seminars at which donors often pledge seven-figure contributions have been delayed to allow for completion of the audit, which is being conducted by independent contractors and overseen by Koch operative Marc Short. The results will be presented at a seminar in April — a change from the typical late January or early February winter seminar in Southern California. The summer conference has also been pushed back but is still being planned, POLITICO has learned.

If donors are either not satisfied that Koch World has learned the lessons of 2012 or are anxious that their anonymity is at risk from heightened scrutiny of the Kochs’ operation, they might be reluctant to give at the unprecedented level that they did in 2012, when the Kochs aimed to steer as much as $400 million into conservative causes.

“Nobody expected that people were going to continue to give at the level that they were giving leading up to that election and that cycle,” said Jeremy Jensen, one of the dozens of field organizers laid off by Americans for Prosperity this year.

“I don’t think they’re going anywhere,” Jensen added of the Kochs and AFP. “No, I think it will only come back bigger. I believe [2012] was a trial run for what things will look like in the future for some really big money plans.”

Americans for Prosperity spent roughly $140 million last year — its biggest annual budget by far — flooding swing state airwaves with anti-Obama ads and streets with paid canvassers, though AFP has always positioned itself as a nonpartisan organization that doesn’t measure its success or failure on the results of a single election.

Still, Charles Koch was overheard at a holiday party criticizing AFP’s 2012 effort, arguing it needed to be completely overhauled — and questioning whether it could be made effective at all.

While AFP – which is composed of linked 501(c)4 and 501(c)3 nonprofits — is technically independent, it was started with and continues to receive Koch funding. Its leadership is stocked with Koch loyalists, including David Koch himself, who chairs the board of directors of the 501(c)3 Americans for Prosperity Foundation.

A spokesman for the Kochs declined to comment on the brothers’ political plans, but David Koch told Forbes magazine in an interview soon after the election “We’re going to study what worked, what didn’t work, and improve our efforts in the future. We’re not going to roll over and play dead.”

The audit has nerves in Koch World on edge.

AFP president Tim Phillips wouldn’t comment on specific personnel moves, though he generally cast the cuts to his group, which now has about 190 employees, as an anticipated back-end result of a major election-year ramp up.

“The vast majority of it reflects a field effort that increased dramatically in late 2011 and 2012, and then it comes down to a more long-term sustainable size,” Phillips said. “Washington is an artificial hothouse as far as how folks move and how organizations change. A year or two years is an eternity working for the same organization in Washington D.C.”

But the departure of AFP’s chief operating officer Tracy Henke, which occurred around the time of Charles Koch’s holiday party criticism of AFP, was acrimonious, according to sources.

Henke and other departing AFP staffers signed nondisclosure agreements, and she did not respond to requests for comment, but she appears to have completely left the Koch network of groups.

That’s in contrast to other top AFP officials who recently left the group to join or start other new groups regarded as part of the Koch family, including Cobb’s Association for American Innovation and Phil Kerpen’s American Commitment.

The moves fit a pattern the Koch operation has pioneered of creating — and channeling millions of dollars to — political groups since it began increasing its political involvement.

The technique has helped the Koch network win the loyalty of donors, because it shields them from exposure, but it is now increasingly at risk thanks to an investigation by the California Fair Political Practices Commission.

The California investigation is trying to unmask the original source of a mysterious $11 million donation that was funneled through a key Koch conduit in the weeks before Election Day to a California political committee boosting a 2012 ballot measure to restrict union political activity and opposing a separate ballot proposition to raise taxes.

Ravel said the groups under investigation are “raising issues and not providing everything requested” and that the agency may file a civil complaint.

But she predicted the investigation could reveal the donors by the middle of the year and potentially go after them if “the evidence shows that the donors knew or should have known that they were contributing to campaigns in California.”

Ravel’s commission has already forced the disclosure that, before the $11 million made its way from an Arizona nonprofit called Americans for Responsible Leadership (the originally disclosed donor) to the California committee, it passed from a Virginia-based nonprofit called Americans for Job Security to an Arizona 501(c)4 called the Center to Protect Patients Rights.

The latter group, run by the Kochs’ top ad man, Sean Noble, has played a key role in steering money to other Koch-backed groups, along with another mysterious 501(c)4 group called TC4 Trust.

Americans for Responsible Leadership — which is represented by the lawyer for Americans for Prosperity, American Commitment, the Center to Protect Patients Rights and other Koch-backed groups — contends that Ravel’s commission is “bowing to political pressure,” ignoring the Supreme Court’s 2010 Citizens United decision allowing unlimited corporate political expenditures and trying to scare the group and its donors.

The commission’s efforts “utterly discount the legitimate interest that donors to non-profits have in maintaining their privacy” and have had a “deterrent effect on the activities of both ARL and its donors,” wrote Americans for Responsible Leadership in a legal brief filed just before the election.

Beyond the California investigation, Noble has come under scrutiny in the brothers’ post-election audit, sources say. His consulting firm, DC London, though technically independent, is widely regarded as almost a subsidiary of the Koch political operation. Its performance in 2012, when it handled advertising and other paid media for a number of the groups that get their cash through the Center to Protect Patients Rights and TC4 Trust, was seen as a weak link by some in Koch World.

Since the election, Gentry, who runs the donor seminars, has sent several emails to a list of operatives at other conservative groups asking them to study various aspects of Obama’s advertising and messaging strategies, becoming captivated this year with a 2012 ad featuring Jennifer Lopez, whom he called “the #1 public celebrity for young Latinas.”

It created “peer pressure to the target audience that if they don’t join their fellow Latinos in ‘getting Obama’s back,’ then they will not be part of the in-crowd,” he wrote.

Gentry also urged more general analysis of how the Obama campaign deployed its messages in “paid ads for network television or for highly targeted cable buys; in how they approached registering new voters and then staying engaged with those voters; and even in the careful crafting of Get-out-the-Vote messages that incorporated the work of behavioral economists and social scientists.”

And Charles Koch indicated in a December email to donors that the Kochs needed time “to understand the election results, and based on that analysis, to re-examine our vision and the strategies and capabilities required for success.” But in the email, obtained by National Review, Koch wrote that “Our goal of advancing a free and prosperous America is even more difficult than we envisioned, but it is essential that we continue, rather than abandon, this struggle.”

And some donors in the network suggested to POLITICO that they’re ready to re-up with the brothers.

“They love America enough that they’re going to do whatever they can to keep America great,” said Wyoming mutual fund pioneer Foster Friess, who attends the meetings. “I absolutely love the love that those people have for America. If you go to those seminars, they care so much about giving people opportunity and giving them the opportunity to excel.”

Maggie Haberman contributed to this report. 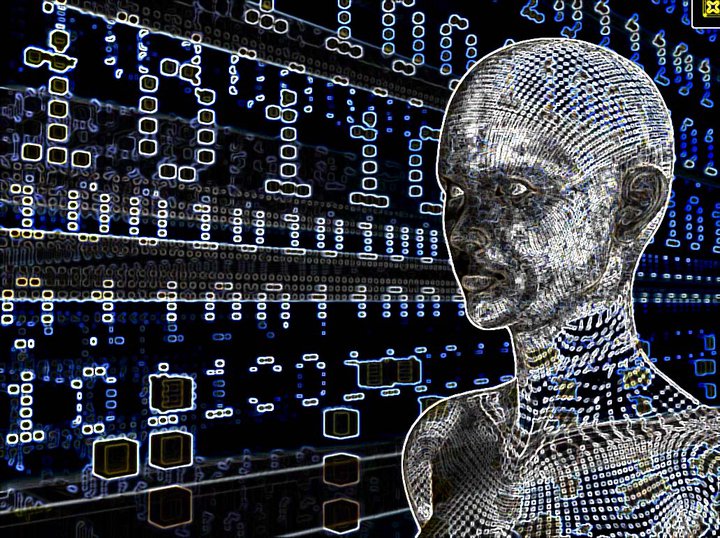 Mind Control: Esquire on All the President’s Neuroscientists
Feb 27