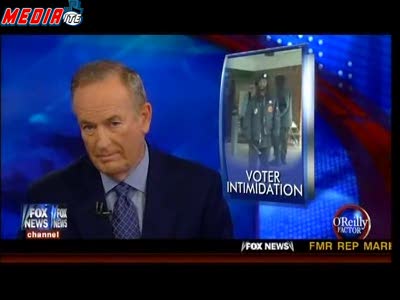 Conservatives in the media cling determinedly to the ridiculous notion that President Obama and the Justice Department dropped voter intimidation charges against the fringe New Black Panther Party because of a racially-motivated policy that refuses to hold African Americans to the same legal standards as whites. And there’s a reason for that, beyond simple dishonesty and ignorance — there’s electoral gold in them ‘thar racial hills.

The National Journal‘s Ron Brownstein writes today about a new analysis of “previously unpublished exit-poll data” from the 2010 midterms, and finds that “white voters’ rejection of Democrats in November’s elections was daunting and even historic.” According to Brownstein:

The new data show that white voters not only strongly preferred Republican House and Senate candidates but also registered deep disappointment with President Obama’s performance, hostility toward the cornerstones of the current Democratic agenda, and widespread skepticism about the expansive role for Washington embedded in the party’s priorities. On each of those questions, minority voters expressed almost exactly the opposite view from whites.

The data points to, in Brownstein’s words, a “consistent chasm between the attitudes of whites and minorities.” The right-wing press pushes stories like the New Black Panthers and Rev. Jeremiah Wright (who, despite not being in the news, was mentioned at least 95 times on Fox News in past year, according to Nexis) in order to widen that chasm. That’s why Rush Limbaugh calls every policy enacted by America’s first black president “reparations.” It’s the Southern Strategy for a new century.

But you don’t have to take my word on that — right-wing blogger and CNN analyst Erick Erickson said as much this past July, arguing that the Republicans should use the New Black Panthers in a style reminiscent of Willie Horton, black voters be damned:

Republican candidates nationwide should seize on this issue. The Democrats are giving a pass to radicals who advocate killing white kids in the name of racial justice and who try to block voters from the polls.

The Democrats will scream racism. Let them. Republicans are not going to pick up significant black support anyway. But here’s the thing: everyone but the Democrats will understand this is not racism. This isn’t even about race. This is about the judgment of an administration that would rather prosecute Arizona for doing what the feds won’t do than prosecuting violent thugs who would deny you and me the right to vote while killing our kids.

So when you hear conservatives argue that the New Black Panther story is about civil rights or equal application of the law or justice or whatever, don’t believe it. In the end, it’s about stoking racial resentment and driving as big a wedge as they can between white voters and minorities. And despite its ugliness, the data show potential to reap electoral dividends from this breed of politics. And conservatives know it, because it’s worked in the past.

Previous Article
Haiti: The Return of Baby Doc Duvalier
Next Article
Frank Carlucci and the Murder of Patrice Lumumba

Frank Carlucci and the Murder of Patrice Lumumba
Jan 16