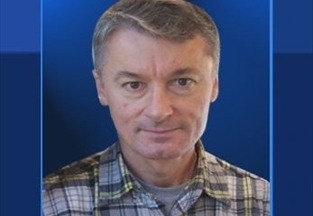 Who is Ben Bishop?

The media have identified the accused as Benjamin Pierce Bishop, a typical, work-a-day “defense contractor.” Huffington Post reports that he is “a civilian employee of a defense contractor based at U.S. Pacific Command in Hawaii.”

The company that Bishop worked for hasn’t been named by the FBI. Why not?

Bishop, reports HuffPo, is “a former Army officer,” and a “civilian.” However, another HuffPo story filed on March 2o informs us that he is “a lieutenant colonel in the U.S. Army Reserve.” All right, he’s a part-time civilian, part-time lieutanant colonel.

But the Associated Press offers further that Bishop is assigned to the Army’s “Special Forces,” and “worked on developing military plans to deter potential U.S. enemies” — China, for instance. But in exchange for sex, Bishop the “civilian” allegedly gave the Chinese top secret U.S. nuclear weapons data.

The Associated Press: “As an Army Reserve officer and defense contractor, Bishop would have had security briefings on … how sex can be used to target people for intelligence.” Apparently, he’s not so skilled at his job. He betrayed his country for a little in-out.

What sort of “defense contractor” is this horndog, exactly? And what sort of enemies did he “deter?” Daily Mail, March 19, 2013: ” … Benjamin Pierce Bishop, 59, who worked in  intelligence in Hawaii … ” Fox News: “A defense contractor who works in intelligence at the U.S. Pacific Command has  been charged with giving national security secrets to a 27-year-old Chinese  woman with whom he was romantically involved. … “

But Bishop’s LinkedIn profile blows all of the above straight to the Hell. It states that he “moved to a different department last May to work on cybersecurity.” (The AP, recall, reported that he has been engaged in “developing military plans to deter potential U.S. enemies.”) “During that month, the FBI claims, Bishop emailed military secrets to the woman, including war plans and information on nuclear weapons.”

So add “cybersecurity” to the list. Perhaps, in his elite computer training courses, Bishop heard-tell that an e-mail account is not the most secure form of communication in the world.

Thank God there are hard-working American reporters “out there” to explain the intricacies of this story. Now I can go back to listening to belly-button pop music, and tune out the completely confusing details regarding Mr.-slash-Lt. Col. Bishop’s line of work, who employs him, and why — for an exchange of the flesh obtainable from the back pages of any alternative liberal news weekly, or a pimp, for that matter — he gave away the nuclear store to China and stands accused of seditious high crimes and felonies.

For those who missed it:

A defense contractor and former U.S. Army officer has been charged with communicating national defense secrets to a 27-year-old Chinese national with whom he had a romantic relationship.

According to a criminal complaint unsealed in federal court Monday in Hawaii, Benjamin Pierce Bishop, 59, who held a top secret clearance, transmitted “national defense information regarding existing war plans, information regarding nuclear weapons, and relations with international partners,” to an email address known to be used by the woman referred to as “Person 1.”

Bishop met the woman during a conference on international military defense issues and according to the complaint, she “may have been at the conference in order to target individuals such as Bishop,” who work with and have access to classified information.

Court records state that Bishop maintained “an intimate, romantic relationship with Person 1 since June 2011,” and worked to hide that relationship from the U.S. government. Bishop was required to report foreign contacts as part of maintaining his security clearance.

The home of civilian defense contractor Benjamin Pierce Bishop in Kapolei, Hawaii on, March 18, 2013. Bishop is charged with giving national security secrets to a 27-year-old Chinese woman he was dating.

According to the complaint, investigators learned through court authorized wiretaps that Bishop was discussing “national defense information, regarding planned deployments of U.S. strategic nuclear systems, as well as the ability of the U.S. to detect low and medium range ballistic missiles of foreign governments to Person 1.”

The information, the complaint alleges, could cause “serious damage to U.S. national security.”  Bishop also allegedly discussed information “regarding the deployment of U.S. early warning radar systems in the Pacific Rim and the ability of the U.S. to detect short range and medium range ballistic missiles of foreign governments,” as well as the proposed deployment of a U.S. radar system in the Pacific.

A search of Bishop’s Hawaiian home uncovered additional secret documents including one titled, “Fiscal Year 2014-2018 Defense Planning Guidance.” The document is described as the “definitive planning document for force development.” Bishop was not authorized to possess these documents in his home.

In February, the complaint alleges, Person 1 “tasked” Bishop to conduct research on what western nations know about a particular Chinese naval asset. The information was outside the scope of Bishop’s regular work assignments and investigators recovered classified documents related to the information Person 1 requested in his work space.

Person 1 remains in the United States had has not been charged at this point, according to a source familiar with the investigation. The nature of the information allegedly passed to a Chinese national in the U.S. on a J-1 student visa raises serious concerns about the data having been passed to a foreign government and remains a focus of the ongoing investigation.

“Col. Bishop has served this country for 29 years. He would never do anything to harm the United States,” he said.