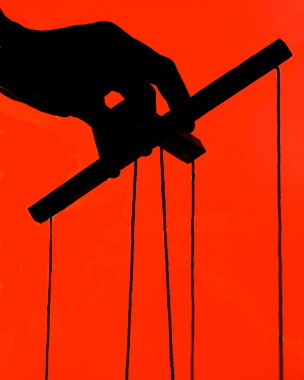 When all these hate groups and white supremacists insist on demonstrating their whole-hearted support for Arizona SB 1070 (which was set to go into effect tomorrow but keys parts have been temporarily blocked), it's not easy for defenders of the law to reject criticisms that the law is racist through and through.

The deck was stacked against them from the start, what with SB 1070 being designed by Kris Kobach, lawyer for the nativist hate group Federation for American Immigration Reform (FAIR), which is all tangled up with white nationalists and has accepted $1.2 million in donations from and published support for the Pioneer Fund, "a foundation established to promote the genes of white colonials." Up until recently, FAIR listed the group "Concerned Citizens and Friends of Illegal Immigration Law Enforcement" on its state contacts page, despite the array of Holocaust denial videos on the organization's website. Under pressure from civil rights organizations, FAIR decided to fend off well-deserved charges of bigotry by finally removing this Holocaust-denial group from its approved list.

But the white supremacist money trail doesn't just finds its way to FAIR and the law's beginnings. American Third Position (A3P), a white supremacist political party whose founder has been friendly with Klansmen and neo-Nazis, wanted to show how much it appreciates what Arizona is doing in terms everybody can understand, so it made (and proudly advertised) a donation to the fund Gov. Jan Brewer set in to prepare for the defense of SB 1070.

After all, with tourist revenue frightened away, Arizona needs to raise money from somewhere, and with today's injunction against the implementation of the law from just one of seven lawsuits, it looks like they can expect a costly legal battle. And where is the state more popular now than amongst racist, xenophobic white nationalists? Certainly, Brewer would win a popularity contest with A3P, which views SB 1070 as the best bit of legislation out there "to stem and reverse the browning of America."

The Southern Poverty Law Center further reports that members of Stormfront.org, the massive granddaddy of white nationalist web forums, are also pushing the call to donate to the SB 1070 defense fund. "Money where you mouth is time," user Adolf Hitlist cries. And the chatter from other members such as "KuKluxKlan—SoCal" (Donated!) suggests that many white supremacists are heeding the opportunity to stand up for racism with their wallets.