“… Draper took a keen interest in eugenics. … Draper secretly sent $255,000 to the Mississippi State Sovereignty Commission to support racial segregation and anti-civil rights violence and intimidation. … Draper died from prostate cancer in 1972. He left $1.4 million to the Pioneer Fund. …”

Wickliffe Preston Draper, the son of George A. Draper, a wealthy textile machinery manufacturer, was born in Hopedale on 9th August, 1891. Draper graduated from Harvard University in 1913.

On the outbreak of the First World War Draper joined the British Army. Promoted to the rank of lieutenant he took part in the battles of Neuve-Chapelle, Messines Ridge, Somme and Ypres, where he was seriously wounded. When the United States declared war on Germany in 1917, Draper transferred to the U.S. Army. He was injured on the Western Front and invalided home to Hopedale, where he gave a talk at the Draper Memorial Church. According to the Milford Daily News (5th December, 1917) Draper “emphasized the prime necessity of absolute discipline in the army, as a requisite of victory, the sort of discipline that keeps the men at the guns, even though it means almost sure death to remain.” Wickliffe Draper spent the next year as an artillery instructor with the U.S. Army at Forts Sill. In 1919 he left the army with the rank of major. Later he was eventually promoted to lieutenant colonel in the Cavalry Reserve. When his father, George A. Draper, died in 1923, he inherited the family’s wealth. Draper moved to England where he studied archaeology and anthropology at the University of London. In 1927 Draper funded the team that discovered Asselar Man, the oldest known skeleton from Africa. The following year his achievements were acknowledged in Britain by being elected a Fellow of the Royal Geographical Society. Draper took a keen interest in eugenics. A very wealthy man, Draper made considerable donations to the American Eugenics Society (AES). In August 1935, Draper traveled to Berlin to attend the International Congress for the Scientific Investigation of Population Problems hosted by Nazi Germany and chaired by Wilhelm Frick, the German Minister of the Interior. In 1937, Draper founded the Pioneer Fund “to advance the scientific study of heredity and human differences.” However, Draper told a geneticist that he “wished to prove simply that Negroes were inferior.” The Pioneer Fund was headed by the eugenicist, Harry H. Laughlin, an advocate for restrictive immigration laws and national programs of compulsory sterilization of the mentally ill and mentally retarded. He was also the director of the Eugenics Record Office (ERO) and was among the most active individuals in influencing American eugenics policy, especially compulsory sterilization legislation. Draper and Laughlin proposed a research agenda to assist in the enforcement of Southern “race integrity laws” by developing techniques for identifying the “pass-for-white” person who might “successfully hide all of his black blood”. Laughlin was also highly critical of Jews who he described as “slow to assimilate” and praised the Nuremberg Laws, arguing that the United States and the Third Reich shared “a common understanding of … the practical application” of eugenic principles to “racial endowments and… racial health.” The Pioneer Fund distributed two films from Nazi Germany depicting the eugenic programs in that country. Draper also developed a close friendship with Earnest Sevier Cox, who argued that the only permanent solution to America’s racial problems was complete and total separation of black and white. Cox also advocated the resettlement of African Americans to Liberia. In 1938 Draper published Cox’s book, White America. A personal copy was sent by Draper to Wilhelm Frick. On the outbreak of the Second World War Draper moved to London where he joined British military intelligence and was later transferred to the British headquarters in India. After the war, he returned to eugenicist and segregationist activism. Draper was outraged by the Supreme Court’s 1954 decision, Brown v. Board of Education. It later emerged that Draper secretly sent $255,000 to the Mississippi State Sovereignty Commission to support racial segregation and anti-civil rights violence and intimidation. John Bevilaqua has argued that Draper might have been involved with James Angleton, Charles Willoughby, Gerald L. K. Smith, Ray S. Cline, Robert J. Morris and Anastase Vonsiatsky in the assassination of John F. Kennedy. Draper also donated considerable funds to right-wing political organizations such as the World Anti-Communist League (WACL). Established in 1966 by the intelligence organizations of Taiwan and South Korea to provide anti-communist propaganda. Fascists played an important role in the WACL and at least three European chapters of the organization were controlled by former SS officers from Nazi Germany. Members included John K. Singlaub and Ray S. Cline. Wickliffe Draper died from prostate cancer in 1972. He left $1.4 million to the Pioneer Fund. http://www.spartacus.schoolnet.co.uk/JFKdraperW.htm 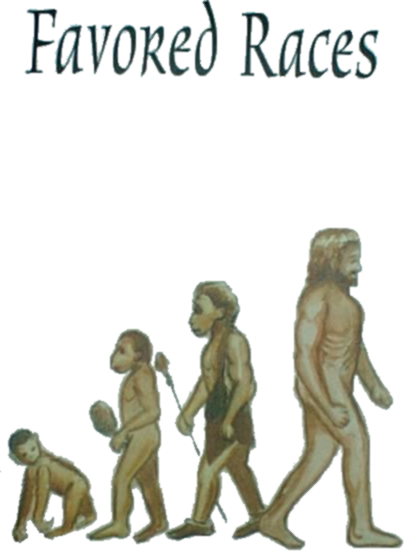 Jackson, Miss. – On the afternoon of Sept. 12, 1963, a vice president of Morgan Guaranty Trust Co. sent a telegram to the Mississippi State Sovereignty Commission, the agency created by local politicians to fight the civil-rights movement and preserve racial segregation. A Morgan client, the telegram said, was “setting aside as an anonymous gift” stock valued at $100,000. There was one condition: “Donor would like the fact and amount of gift to be kept confidential. ” The matter was referred directly to Mississippi Gov. Ross Barnett, who agreed to the terms and, that same day, sent Morgan instructions on where to send the cash.

Once the money arrived in Mississippi, it was funneled to an account in Washington, D.C., where segregationists were launching a fierce campaign to defeat landmark civil-rights legislation abolishing segregation in most public facilities. And in the ensuring months, the mystery contributor would follow up with additional, substantial gifts to help the cause. For nearly four decades, the role of that donor remained concealed in the files of the now-defunct Sovereignty Commission. But last year, a federal judge ordered the unsealing of more than 130,600 commission files. The documents triggered a painful examination of some of the South’s most heinous racial crimes. Little explored, though, was the trove of ledgers, invoices and correspondence recording the commission’s finances. Those records show large transfers of money by Morgan on behalf of a client who turns out to be a wealthy and reclusive New Yorker named Wickliffe Preston Draper. Mr. Draper used his private banker to transfer nearly $215,000 in stock and cash to the Sovereignty Commission for use in its fight against the Civil Rights Act. The entire budget for the effort amounted to about $300,000. Adjusted for inflation, Mr. Draper’s contributions would be worth more than $ 1.1 million today. The Sovereignty Commission files do more than simply document one man’s role. They show that some of the most virulent resistance to civil-rights progress in the 1960s was supported and funded from the North, not just the South. The files also highlight the ethical issues that confront an institution like Morgan Guaranty, the private-banking unit of J.P. Morgan & Co., when it is drawn, even unwittingly, into a client’s support for repugnant causes. Since the 1930s, Mr. Draper had been a client of Guaranty Trust, which became Morgan Guaranty when it merged with J.R Morgan in 1959. It isn’t clear whether he used Guaranty to help with funding some of his earlier race-related efforts, such as a program in the 1930s to encourage white military pilots to have more children, or research in the 1950s to prove the superiority of whites and dangers of mixed-race marriages. When Mr. Draper died in 1972, Morgan was an executor of his estate, overseeing distributions totaling about $5 million to two race-oriented foundations. The primary beneficiary was the Pioneer Fund, an organization Mr. Draper helped found and which became known in recent years for funding research cited in “The Bell Curve,” a book arguing that blacks -are genetically inclined to be less intelligent than whites or Asians. In his will, Mr. Draper instructed that after his death, the Pioneer Fund use Morgan for financial advice; the fund did so for two decades. Morgan today says that “racism is deplorable” and that the bank doesn’t “support institutions that further racist causes.” Moreover, the bank notes that it has been a consistent donor to AfricanAmerican causes, giving more than $3.3 million of its own money to civil-rights-related groups since the late 1960s. Morgan insists that the Sovereignty Commission transactions it processed for Mr. Draper were routine procedures carried out on behalf of a client, over which the bank had no influence or control. “A thousand times a day, somebody sends money to an organization that 30 years later looks really terrible,” says Morgan spokesman Joe Evangelista. “We can’t tell our customers how to spend their money.” Mr. Evangelista says the role Morgan played was no different from the way Wall Street banks today facilitate gifts to organizations that could be equally controversial. He cites donations made to Planned Parenthood (often criticized for its pro-choice stance), or to the Boy Scouts of America (which prohibits gays from becoming troop leaders). Morgan’s policy he says, is to pass no judgement on any client’s activities, except in the “rare situation” when “the wishes of a client…conflict with the principles that we stand for as a firm.” In those cases, the firm may close a client’s account, Mr. Evangelista says. Since the Sovereignty Commission was a legal, state-created entity, says Hildy J. Simmons, a managing director at Morgan Guaranty, the bank had no choice but to follow its client’s wishes. It would be no different today. “As long as the receiving party is legal, we have no discretion,” says Ms. Simmons. Morgan did close the asset-management account it maintained for the Pioneer Fund after the furor erupted over “The Bell Curve” in 1994, according to people familiar with the situation. The bank won’t give details on why it did so. That option is something banks should consider, says Thomas Donaldson, a business-ethics professor at the Wharton School of the University of Pennsylvania in Philadelphia. “Good bankers should have the words ‘Know thy client’ tattooed somewhere on their chests,” Mr. Donaldson says. “When the activities of the client or customer reach the point where they offend vital, deeply held values of the institution, you have to say no.” But many banks aren’t comfortable with that posture, and with good reason, says George J. Benston, a banking professor at the Goizueta Business School at Emory University in Atlanta. “One would like an institution to operate with its customers neutrally. You don’t want some bank officer making a judgment on whether a customer’s donations are moral.”

Citing bank policy, executives at Morgan won’t discuss whether the bankers who worked with Mr. Draper knew of his racial leanings or the true nature of the Sovereignty Commission. Still, Morgan was dealing with a prominent Mississippi segregationists at a time when the national media were focused on the state, and when some on Wall Street and in New York’s political community were concerned about maintaining business ties there. Mr. Barnett, the governor of Mississippi, had been pictured on the front page of the New York Times in 1962 during a bloody standoff with federal troops forcing the integration of the University of Mississippi. The Mississippi state treasurer at the time, William E Winter, said that Wall Street firms charged higher interest rates on the state’s bonds, due to the stigma of having ties to Mississippi. In 1965, one such issue was canceled due to a lack of bids on Wall Street. Morgan says none of that is relevant. The bank likely had clients supporting the civil-rights movement as well, executives say. And, adds Mr. Evangelista, “doing business with a particular client doesn’t mean that we endorse that client’s beliefs of actions.” It would be “offensive” for a bank to police how its clients conduct their affairs. “That’s a privilege of being rich in America,” says Ms. Simmons at Morgan. “You can spend your money the way you want to.” http://educationforum.ipbhost.com/index.php?showtopic=11238