WaPo: What the parade of GOP sexual misconduct allegations really tells us - The Constantine Report
0 SHARES 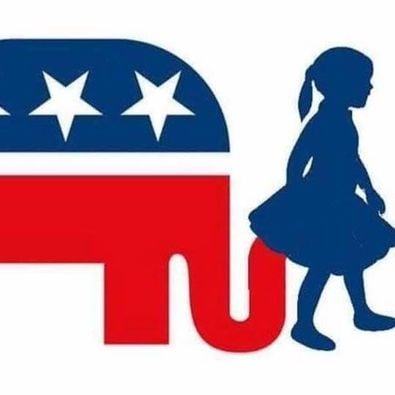 You might think that a party that accuses the opposition of “grooming” children for sexual assault would have very clear principles on sexual propriety, principles it applies unwaveringly to both Democrats and Republicans.

But of course that’s not the case. As a whole, the party has no identifiable principles when it comes to these matters. Right now, a parade of GOP candidates are facing revolting allegations of sexual misconduct or domestic violence — which demonstrates something fundamental about how Republicans see themselves and their enemies.

Take the case of Charles Herbster, a Republican candidate for governor of Nebraska who received Donald Trump’s endorsement. Maybe he first won Trump over by being a rich businessman and a major donor to GOP committees and candidates.

But now Herbster has shown how alike the two men are: He has been accused of various degrees of sexual assault by numerous women, including a Republican state senator. Their accounts have been corroborated by the Nebraska Examiner; in one case, a state legislative staffer confirmed witnessing Herbster grope a young woman’s buttocks.

Though Herbster denies the allegations, the substantial evidence against him has drawn condemnation from some Republicans, such as Gov. Pete Ricketts. But it’s unlikely to matter: Trump is set to campaign with Herbster, and there’s a strong chance he’ll be the state’s next governor.

A series of other Republican candidates are facing similar accusations. In Missouri, some Republicans are terrified that disgraced former governor Eric Greitens, who has been accused of physical abuse by both his ex-wife and a woman with whom he had an extramarital affair (he denies the allegations), might win the party’s nomination for Senate.

Some Republicans have condemned Greitens’s conduct. (Sen. Josh Hawley of Missouri, to his credit, said of Greitens, “If you hit a woman or a child, you belong in handcuffs, not the United States Senate.”) Yet the prevailing GOP concern seems less focused on Greitens’s actions than on the potential loss of a Senate seat.

The same could be said about Herschel Walker in Georgia. Among other things, his ex-wife says he pointed a gun at her head and said, “I’m going to blow your f---ing brains out” (he says he’s “accountable to whatever I’ve done” but doesn’t get more specific). Some Republicans are worried he might be an electoral liability, but few seem concerned about the allegations themselves.

The list goes on: Former Trump aide and House candidate Max Miller was accused by his former girlfriend (another Trump aide) of physical abuse (he too denies it). Sean Parnell, another Trump endorsee, withdrew from the Pennsylvania Senate race after the judge in his divorce case determined that he had committed acts of spousal abuse.

Remember Roy Moore? The far-right Alabama judge’s 2017 Senate campaign imploded when evidence emerged that in his 30s, he would visit a local mall and hit on teenage girls; one woman recounted that Moore initiated sexual relations with her when he was 32 and she was 14. Moore called the accusations “fake news,” but if anyone deserves the title “groomer,” he might seem to be the one.

Trump stuck with Moore until the end, and it’s extremely likely he would have with Parnell and will with Herbster and Greitens if they win their primaries. Given the more than two dozen women who have accused Trump of sexual misconduct (he denies all the accusations), it’s hard not to suspect that he likes a candidate more if they have been accused of sexual assault.

For many Republicans, such charges might be unpleasant to see but aren’t a dealbreaker. What matters most is the unending, existential war against liberalism, and few sins or crimes are repugnant enough to turn them against a candidate if he promises to fight liberals and the alternative is a Democrat getting elected.

I can already hear Republicans protesting: “What about the Democrats who have been accused of sexual misconduct?” It’s true that plenty of Democrats have faced such allegations. It seems to be fairly common among powerful men, or perhaps just among men.

But when there are credible allegations against Democrats, they’re usually gone before long. That has been particularly true in the past couple of decades, as figures including New York governors Eliot Spitzer and Andrew M. Cuomo and Sen. Al Franken of Minnesota faced allegations and quickly resigned. Republicans know that if they just stick it out, there’s a good chance their party will rally around them.

The bigger picture is that there is almost no principle or standard that today’s Republican Party will apply equally to the other side and their own.

Ask many Republicans: Is corruption bad? How about using your office to financially benefit yourself and your family? Using the power of the state to punish individual companies whose politics you don’t like? Protesters stopping traffic? Censoring speech? Sexual assault?

The answer, judging by their actions, will be the same every time: It depends who’s doing it. If it’s Democrats, those are terrible things; if it’s Republicans, and especially if it’s Trump, it’s all fine. In fact, many of those things should be celebrated.

Which is what you think when you no longer have any principles at all.