The Advertiser: “How can a handcuffed man, or a man who is handcuffed behind his back, reach and shoot himself in the front of the chest?” asked Lexing. According to the Iberia Parish coroner’s report, the gunshot wound entry point was the right lateral part of his chest between the 5th and 6th rib — meaning the side of his chest. The initial investigation stated the gunshot wound was in his back.

By Andrea Shaw, NOLA.com | The Times-Picayune

The family of a New Iberia man who allegedly shot himself to death while handcuffed in the back of a police cruiser strongly refuted a coroner’s report Monday that the wound was self inflicted. Victor White III, 23, died March 3 after Iberia Parish sheriff’s deputies responded to a report of an altercation involving White at a convenience store.

Attorneys for White’s family called for a federal investigation into the incident and several others during a news conference sponsored in conjunction with the 134th Annual National Baptist Convention. Attorney Ben Crump of Tallahassee, Fla., said White’s death was the latest in a string of “Houdini Handcuff” shootings of minority men in police custody.

“We have a terrible recent trend that is occurring across state lines that finds these ‘Houdini handcuff’ suicides while they are in the custody of police that defies all logic, all common sense,” Crump said. “…Victor White’s death is the latest in a terrible trend that we have to bring attention to. We think the Justice Department has to do an independent investigation. We cannot rely on the State Police here in Louisiana who work so closely with the New Iberia Sheriff’s Department.”

Crump also referenced the deaths of Chavis Carter, 21, in Arkansas in 2012 and Jesus Huerta, 17, in North Carolina last year. Carter was shot in the right side of his head while handcuffed in Jonesboro, Ark., police car. Carter’s family has said he was left-handed. Huerta also was handcuffed behind his back, but a medical examiner found he died of a gunshot to the face at close range.

Crump said officers searched White twice for weapons, but they only found a small package of marijuana and later cocaine. “How is it that they can find these soft packages but they can’t find a hard gun?” he asked.

Powell Lexing challenged authorities claim that White was involved in a fight at the store, but there was no evidence of an altercation on a surveillance video.

The attorneys questioned gaps in the investigation.

Powell Lexing said the coroner’s report did not indicate White’s hands were tested for gunpowder residue nor was video in the police car’s dash camera examined. Crump questioned the propriety of allowing State Police to investigate the shooting since the New Iberia sheriff is a former state trooper.

Federal probe sought in Victor White’s death
Attorney Ben Crump calls for a federal investigation into the death of Victor White III, who was shot to death while handicuffed in a police cruiser in New Iberia Parish in March.

Said Powell Lexing: “The inconsistencies all by themselves lay out that something terribly is wrong with this picture. The family rebukes, denounces and definitely does not accept the coroner’s report as it relates to the cause of death being suicide. … It defies logic. It’s an insult to this family.”

White’s father, the Rev. Victor White Sr., said his son had no reason to kill himself. The younger White had a 1-year-old daughter and was a hard-working man trying to support his family. He played drums at church.

“He didn’t kill himself,” White said.

Previous Article
The History of Wall Street’s Unspoken Relationship to Nazi Germany: Dragon Teeth to Be Planted All Over Europe Again
Next Article
Yemeni Victims of U.S. Drone Strike get More than $1 Million in Compensation (WaPo) 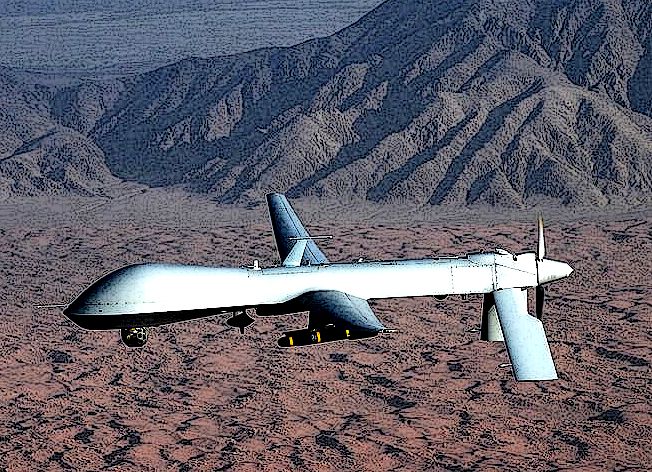