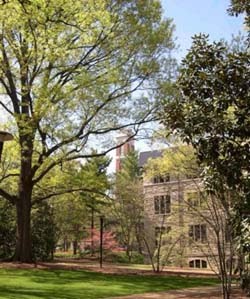 "... the goal of the Hatewatch blog posts about the film was to 'spare (Swain) the embarrassment of continuing to endorse the work of a man who has referred to black people — including the president — as monkeys.' ..."

An organization that tracks hate-group activity in the U.S. is accusing Vanderbilt University professor Carol Swain, a black scholar known for her conservative stances on race and immigration, of being an apologist for white supremacists.

The incident started last week when the Alabama-based Southern Poverty Law Center posted a blog item critiquing the documentary A Conversation About Race, mentioning that positive comments by Swain lent the film an air of legitimacy.

Swain fired back, making her case against the advocacy group in a blog submitted to the news site The Huffington Post and in a string of messages she sent to followers on her Twitter account.

Swain, a professor of law and political science, said in an interview with The Tennessean that she feels as if she has "been attacked" by the group. Mark Potock, director of the Southern Poverty Law Center's Intelligence Project, responded, "If that is what she believes, she is suffering from some sort of low-grade megalomania." Potock said the goal of the Hatewatch blog posts about the film was to "spare (Swain) the embarrassment of continuing to endorse the work of a man who has referred to black people — including the president — as monkeys."

The film in question, A Conversation About Race, opens with a clip of then-Sen. Barack Obama's campaign speech on race followed by words from the filmmaker, Craig Bodeker.

The Hatewatch blog post described the film as a "a hit among white supremacists looking for a smart-sounding defense of their beliefs. Contrary to its title, A Conversation about Race … (is) a slick 58-minute documentary devoted to proving the thesis that racism is a bogus concept invented to oppress whites."

Swain is quoted as saying the film is, "Outstanding. … Meticulously done. … I highly recommend this film." Bodeker lists the blurb as the first one on the film's Web site.

"Why is her review valuable? Why is it important? Because she is an African-American woman," Bodeker said in an interview. "A member of the Vanderbilt University faculty and the National Council on Humanities and she has a Ph.D. — you better believe I put her quote on the DVD box, on the poster. That's how this is done. You try to attract attention."

For her part, Swain contends that the documentary is a valuable tool that could be used in classrooms to initiate a conversation on race that includes the perspective of what may be a growing number of white people.

"I just think that if we do not discuss these things … you are creating the conditions for ethnic violence and unrest," Swain said.

But Potock said the film's premise, that racism is a myth, is ridiculous in a country that practiced chattel slavery for 200 years and allowed Jim Crow laws to stand for 100 years thereafter. The idea that white people are oppressed by conversations about racism or allegations of racism is insidious, Potock said.

Swain's endorsement of such ideas, he said, is shocking. "What it made clear is that Carol Swain is an apologist for white supremacists," said Potock, adding that her endorsement represents a kind of cover that can funnel extremist ideas into reputable publications and ordinary people's conversations.

Swain sees things differently. If there are going to be conversations about race, she thinks they have to include what the Southern Poverty Law Center may consider extremist or hateful positions.

"The new white nationalism that I fear that I see … is not about groups," Swain said. "It's about white people, individuals, thinking that they are under threat and that they have to ban together to protect themselves. My fear is that unless we create forums for people to safely and openly express themselves, then you are going to drive more young people into these extreme groups."

Mrs. Swain may mean well, but she is obviously a useful idiot.