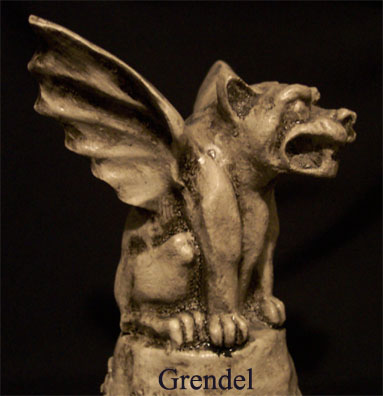 Parapsychology Foundation, Inc. supports original study, research, and experiments on projects concerned with parapsychology. Under this program, grants for travel and for graduate and undergraduate studies are not considered. (TGA 12/7)

HOW MUCH DO PARAPSCYCHOLOGY FOUNDATION, INC. ACADEMIC GRANTS AMOUNT TO?

MUCH LESS THAN SALARIES PAID TO EXECUTIVES OF THE FOUNDATION:

Salaries at the Parapsychology Foundation

The tax return of the Parapsychology Foundation (PF) for 2005 (signed November 9, 2006) lists compensation paid to its officers. President Eileen Coly received $37,000 and Executive Director Lisette Coly received $90,020—the total being $127,020. No entry was made for “Other employee salaries and wages.”  That year the Foundation gave $18,000 in grants and scholarships.

[Eckankar] New Age religion emphasizes personal spiritual development  http://www.religionnewsblog.com/7572-.html  The first time Karen Bezoski left her body she was sitting in a parapsychology class at Weber State University in 1971. It was like  the frequent stories of near-death experiences, weightless floating  and walking into the light, she recalls. Except she wasn't dying. That  experience, coached by meditation experts from Berkeley, Calif., led  Bezoski toward a belief in reincarnation and "soul travel," which  eventually led her to Eckankar, a New Age religion emphasizing the  importance of personal spiritual development.
http://groups.google.com/group/alt.support.ex-cult/browse_thread/thread/7035db103fec0d32/6ac2b743e434b64c?hl=en&lnk=st&q=WEBER+STATE+UNIVERSITY+SCANDAL#6ac2b743e434b64c

" ... With a title like this, you would think this would be the authoritative source on the net for parapsychology research. It isn't. The Foundation itself may be a great thing (I don't know); they've been around since 1951 and run a library in NYC, but their site has zero information and lots of bad links. They do run a mailing list that you can supposedly subscribe to via their "About" page. If the content of their site is any indication, though, the list wouldn't be worth it. ... "

THE SECRET LIFE OF PLANTS

Former interrogator for the CIA who became one of America's leading polygraph (lie detector) specialists. He became director of the Keeler Polygraph Institute in Chicago and later founded the Cleve Backster School of Lie Detection in Manhattan, New York. During the late 1960s, he became famous for his experiments in plant ESP, using polygraph techniques. His experiments tend to support the idea that plants are sensitive to human thoughts. Some of his experiments were sponsored by the Parapsychology Foundation and involved tests to see if plants reacted to the destruction of live cells.

Backster believed plants that had become attuned to a particular human being appeared to maintain that link wherever the person went and whatever he did. Backster concluded: "There exists an as yet undefined primary perception in plant life, that animal life termination can serve as a remotely located stimulus to demonstrate this perception capability, and that this perception facility in plants can be shown to function independently of human involvement." Procedures and results were reported in the International Journal of Parapsychology in 1968.
http://www.novelguide.com/a/discover/eop_01/eop_01_00478.html
Dr. J. G. Pratt and Dr. J. B. Rhine:

The creation of the Rhine Institute at Duke University, which was the first Parapsychology laboratory, founded by Dr. J. B. Rhine and his wife in 1927, started a new phase in psychic research and imparted a fresh momentum to the investigation of Telepathy, Extra Sensorial Perception (ESP), as well as other anomalous phenomena. The Rhine Institute also researched mediumship. Specially significant was the work of Dr. J. G. Pratt, who studied the abilities of medium Eileen J. Garrett. In these experiments they found that the number of true statements (hits) given by the medium to the sitters was statistically much greater than chance, or what could have been obtained with 'cold reading' techniques typically used by magicians. Eileen Garrett also created the Parapsychology Foundation to promote the impartial research of psychic phenomena. Ms. Garret was also the medium at the center of the R-101 case, one of the most convincing episodes in psychic history that occurred when a British dirigible crashed in France in 1930.