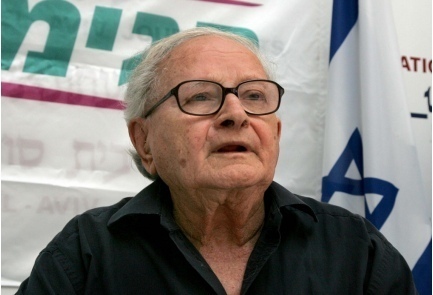 Rafi Eitan has been accused of falsly claiming to be a representative of the Israeli government in arms deals abroad. Photo credit: KOKO

Renowned former Mossad agent Rafi Eitan is accused of falsely presenting himself as government representative in arms deals, according to report • Eitan, who led the Mossad operation to capture senior Nazi Adolf Eichmann in Argentina in 1960, denies charges.

“Rafi Eitan is a private businessman,” Shani’s letter reportedly said. “He pretends to work within a government framework in government-level business transactions. It is not true, however. Rafi Eitan is not licensed by the Defense Ministry nor the State of Israel. He does not work in conjunction with the prime minister and is not a messenger for the prime minister. All of his business transactions are private — neither for the State of Israel nor for its defense establishment.”

Shani allegedly sent the letter to Israeli representatives in Africa, as well as to Netanyahu.

Speaking to Channel 2 on Wednesday, Eitan said, “This is completely wrong. I was asked to help in one instance and I helped. I do not deal with such matters.”

Eitan is best known for having been in charge of the Mossad operation that led to the capture of senior Nazi Adolf Eichmann in Argentina in 1960. He is also known for having assumed responsibility in the Jonathan Pollard spy affair, and as a result, left the Mossad to head the state-owned Israel Chemicals Corporation. He led the Gil pensioners’ party to win seven Knesset seats in the 2006 elections and became pensioner affairs minister, but lost his seat in 2009.