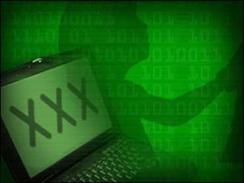 UPDATE: In a statement given exclusively to Yahoo! News today, the DCIS says it will review 264 cases of DoD employees downloading child pornography. They will consider criminal prosecutions when appropriate, and will refer all information to the appropriate DoD leadership for further action.  The reopening of this investigation is in direct response to an earlier investigation and story by John Cook of Yahoo! News.

"I have tasked Defense Criminal Investigative Service representatives with reviewing each and every Project Flicker and related referral DCIS received so as to ensure action was taken regarding these allegations involving employees of the Department of Defense," Deputy Inspector General for Investigations James Burch said in a statement.

The Department of Defense is no stranger to allegations of cover-ups. Whether it be the true motivation to invade Iraq or the many follies of the Vietnam era, the Pentagon is perhaps the most scrutinized edifice in the entire federal government (well, outside of Hillary's new haircut). What the Pentagon has not traditionally been seen as, however, is a place where a certain kind of moral depravity (the in-the-bedroom kind) is tolerated.

But a disturbing new report is raising questions about the state of affairs in Northern Virginia that may not be so easily answered.

Last week, Yahoo News reported that "A 2006 Immigration and Customs Enforcement investigation into the purchase of child pornography online turned up more than 250 civilian and military employees of the Defense Department -- including some with the highest available security clearance -- who used credit cards or PayPal to purchase images of children in sexual situations."

The story of ICE's so-called "Project Flicker" was first broken by the Boston Globe in July. What the Globe did not report however, was the DOD's decision to seemingly sweep an undeniable problem under the proverbial rug.

The Yahoo report, by John Cook of The Upshot blog, went on to allege that the Pentagon's Defense Criminal Investigative Service (DCIS) chose to investigate only 20% of the individuals outed as potential pedophiles by the ICE investigation. According to ICE's investigation, 9 of the 264 individuals identified by Project Flicker had achieved "Top Secret Sensitive Compartmentalized Information" clearance, the highest possible security clearance granted by the federal government. Seventy-six of the suspected pedophiles had obtained "Secret" or higher security clearance. Yet, it appears that DCIS investigated only 52 suspects in total, with only 10 ever being formally charged with viewing or purchasing child pornography.

According to Project Flicker documents, provided to The Upshot via a FOIA request, many of the investigations initiated as a result of the report eventually ended with the following summation: "Due to DCIS headquarters' direction and other DCIS investigative priorities, this investigation is cancelled." In other words, DCIS had more pressing issues to devote its resources to. A DCIS source told The Upshot that while the information provided via Flicker was "great," the office simply "didn't have the resources" to pursue the matter.

DCIS is traditionally tasked with rooting out contractor fraud, no small task when you're talking about a department as vast as DOD. Yet it still seems difficult to accept that no one could have seen to it to make the truly unsettling findings of ICE's report a priority.

The findings of Project Flicker are disturbing on a variety of levels. First, the idea that a substantial number of the people entrusted with the protection of the nation harbor a willingness to harm that nation's most innocent and vulnerable citizens is upsetting enough on its own. Yet when one stops and realizes the fact that at least 76 people who possess some of the most vital national security information in existence had opened themselves up to all manner of extortion or blackmail by someone who happened to stumble across their dirty little secret, this story takes on a whole new dimension of uncomfortable.

Ultimately the Pentagon of Robert Gates, and before him Donald Rumsfeld, will be judged on the outcomes of situations much more pressing to the world than the existence of a few perverts in the ranks of a single department. However, just the fact that such a situation could even be allowed to foment in what should be one of the most tightly controlled environments in all of government raises serious, and perhaps unanswerable, questions.

The Belgian Syndrome is alive and well in America. This is also why the JonBenet Ramsey investigation has failed and why the FBI did not respond per SOP to what was initially purported by the famous ransom note to be kidnapping of the child of a Lockheed Martin director (John Ramsey, Access Graphics owned by Lockheed Martin) with defense contracts. It reeks all the way up the ladder.

Pentagon Declined to Investigate Hundreds of Purchases of Child Pornography (2010)

Pentagon Declined to Investigate Hundreds of Purchases of Child Pornography