The Lexington Comair Crash, Part 29 A World of Illusion – Turn to the Rain and the Wind 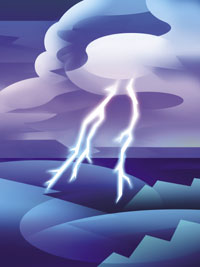 "The judge spoke
out of the side of his mouth ...

Apply a cutting torch of rational skepticism ... illusions let go, tumble and clang on the floor like scrap iron ...

It was an oxymoronic formula: Steve McElravy, the bearded, progressive Ananda Margan at DH&H under GW Bush, died in the Lexington crash. He was a round peg in a forest of square holes.

metaphysics, energy healing, dreams, out-of-body research," Saturday mornings, airing since 1984, hosted by Scott Colburn), "Interrobang?!" ("upbeat exploration of the varied expressions of spirituality in Lincoln"), and "New Dimensions" ("help make the world a better place by holding the space for what is possible") ... 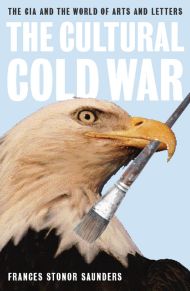 The Cultural Cold War grinds on ... mental programming for progressives. Behind the leftist hand-wringing, aliens and restless spirits lurks a Mockingbird ...

And so it is that details of the plane crash that claimed McElravy's life are fixed in our own heads, a mental movie based on the testimony of a single witness – Bill Giltner, Jr. from Salina, Kansas.

Giltner, 59, the Kentucky Herald-Leader reported, had been "living in Kentucky since May, working around horses." He hired on at the 115-acre farm adjacent to the airport, owned by Nick A. Bentley, a local real estate broker (not a "farmer" as widely reported), only five days before the crash.

Giltner quit the day after the tragedy, he told reporters, due to the "heavy workload." 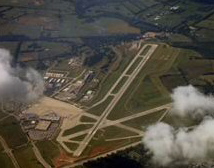 He told the Herald-Leader that he was "making coffee NEAR THE WINDOW OF A SMALL TRAILER that faced that runway on the horse farm" owned by Bentley, "who leases the land to Wayne Murty." Giltner "was stunned to see the CRJ-100 commuter plane struggling to get off the ground. Its engines – which are much bigger and louder than the small private planes that usually take off on that runway and pass over his head – caught his attention. 'This sounded like a freight train coming right at you, I mean, full-blast,' he said.

Giltner reported that he saw the plane first hit the metal fence at the perimeter of the airport, then he watched its tail scrape the ground.

"'He hit, and there were all kinds of sparks flying out of the back of that plane,' Giltner said. The plane bounced back into the air and over a smaller fence and the farm's lower horse pasture. It had begun going airborne when it clipped the top of a thicket of trees. Giltner said that's when he LEFT THE TRAILER in time to see 'a ball of fire' followed by a large plume of smoke from behind the trees."215

According to this account, he was standing "IN A TRAILER," looking out a window and observed the plane attempting to takeoff on the runway.

Compare the above account with the one he gave Sharon Montague, a reporter for the Salina Journal, on the same day:

"A Salinan working temporarily on a Kentucky horse farm watched from a PASTURE ABUTTING THE RUNWAY .... Bill Giltner Jr., 59, was STANDING OUTSIDE A HORSE BARN occupied by more than a dozen thoroughbred racehorses when the plane took off shortly after 6 a.m., and it passed within 40 feet of him before crashing.

"'It came right toward me and the BARN where the horses are at,' Giltner said by phone Monday evening. 'It hit a fence, it skipped in the pasture twice, then it hit some trees near the barn and went down an eighth of a mile south. The pilot, he did his best to try to get it over the trees, but when he hit those trees, it was all over. It just went up in a ball of flames."216

The essential details have changed. At the time the Bombadier attempted takeoff from Blue Grass, Giltner was standing in a trailer, gazing out a window, and the plane sounded "like a freight-train" ... even before leaving the runway (?) and heading straight for him ... and at the VERY SAME TIME, by the second account, he was also standing OUTSIDE the horse barn, near the runway, directly in "the path" of Flight 5191? 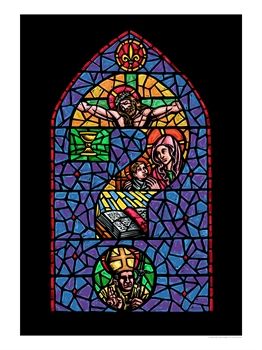 Two entirely different accounts – which, if either, is true? Where exactly WAS Giltner at the time of the crash?

The NTSB has announced that there will be no public hearing on the crash – to the outrage of the families, attorneys and some in the press – so these contradictions may never be resolved.217

Here is a photo of the crash site – there is no trailer discernible in the photo situated to allow a clear view of the runway. – perhaps that's why the story changed so drastically. He claimed the sound of the jet  – like a "freight-train" – BEFORE takeoff from the runway caught his attention, and he looked to see it lift off, clip the trees and crash south of the barn (which does not appear to be directly in the plane's path) and explode (lower right corner): 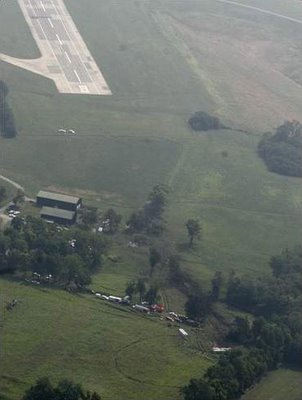 In the absence of a dependable witness ... or media or public hearing ... turn, turn to the rain and the wind for answers to the paradoxes surrounding the death of McElravy and the other passengers on Flight 5191 ...