• Marcus Schrenker has a 4 million dollar home that was recently searched by Indiana State Police. 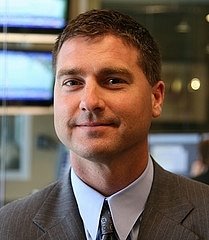 Schrenker also has a home in Destin, Florida

4:48 p.m. - Video of Marcus Schrenker flying a stunt plane in the Bahamas. The video was recently posted on YouTube.

2:49 p.m. - Despite initial reports, police now say they can't confirm whether Schrenker has been caught.

11:56 a.m. - The pilot of a plane that crashed near Milton has been found alive. But there's a problem. Police no longer know where he is.

Police say Marcus Schrenker intentionally abandoned his plane, put it on auto pilot over Birmingham and safely parachuted to the ground.

According to the Santa Rosa County Sheriff's Office, Schrenker walked up to a police officer at a store in Childersburg and said that he had been in a canoeing accident. The officer says Schrenker was wet from the knee down, but was not injured. Unaware of the plane crash in the Florida panhandle, the officer took Schrenker to a hotel in nearby Harpersville.

When they heard about the plane crash, Childersburg police went back to the hotel. Schrenker checked in using a fake name and paid with cash. When police checked his room, he was already gone. Police believe Schrenker put on a black toboggan and ran into the woods. A massive manhunt is underway.

The saga began Sunday night when Schrenker contacted the FAA saying his windshield imploded about 35 miles southwest of Birmingham and that he was severely bleeding.

Schrenker was on his way from Anderson, Indiana to Destin, Florida. The FAA tried to divert Schrenker to Pell City, Alabama, but he never responded.

The military launched jets to intercept the plane. When they spotted it 12 miles north of NAS Whiting Field in Santa Rosa County, the door of the Piper PA-46 open and the cockpit was dark. They followed the plane until it crashed in a swampy wooded area near Lakeside Drive and lakeside Court in Milton.

The FAA and NTSB has arrived at the crash site and is now investigating.

News 5 first reported this story as BREAKING NEWS on wkrg.com.
Don't miss out on breaking news when you're at work or on the go. Sign up for News 5 Text Alerts that can be sent to your cell phone or PDA. News 5 can also send you breaking news alerts to your e-mail.

"His bloody suicide attempt aborted by his arrest in a Florida campground, Marcus Schrenker now finds his fate lies with federal and state prosecutors.
Authorities have decided the Indiana businessman will be tried first in Florida for what they believe was an attempt to fake his death by crashing his plane. Then, he will be tried in Indiana on charges of financial fraud. ... "