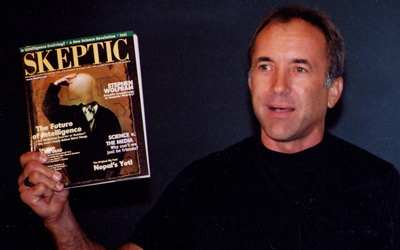 Shermer holds up serial plagiarist/forensic fantasist Gerald Posner as the last word on the John F, Kennedy assassination — need I say more about his absolute lack of character? Time profile: “Michael Shermer is the publisher of Skeptic magazine (www.skeptic.com), a monthly columnist for Scientific American, and an adjunct professor at Claremont Graduate University and Chapman University. He is the author of Why People Believe Weird Things and The Believing Brain. His next book is The Moral Arc: How Science and Reason Lead Humanity Toward Truth, Justice, and Freedom.”  — AC

The Wall of Silence Around Michael Shermer

Earlier this month, I wrote about the serious allegations of sexual harassment and sexual assault made against skeptic “thought leader” Michael Shermer by three women, who agreed to be named in an article published by Buzzfeed. That article, as you’d expect, has provoked an enormous amount of controversy and outrage.

But what I find more surprising is who isn’t discussing it. Some prominent individuals in the atheist and skeptical community are either minimizing this story, treating the allegations as if they were no big deal, or are trying to make the whole thing go away, acting as if the allegations never happened or shouldn’t be mentioned. It’s as if they’re trying to build a protective wall of silence around Michael Shermer.

One of them was named in the Buzzfeed article: James Randi, whose foundation was putting on the convention where Alison Smith alleges she was raped by Shermer. This is what he said to the reporter:

“Shermer has been a bad boy on occasion — I do know that,” Randi told me. “I have told him that if I get many more complaints from people I have reason to believe, that I am going to have to limit his attendance at the conference.

“His reply,” Randi continued, “is he had a bit too much to drink and he doesn’t remember. I don’t know — I’ve never been drunk in my life. It’s an unfortunate thing… I haven’t seen him doing that. But I get the word from people in the organization that he has to be under better control. If he had gotten violent, I’d have him out of there immediately. I’ve just heard that he misbehaved himself with the women, which I guess is what men do when they are drunk.”

I quoted this statement in my previous post, but the more I reread it, the more damning it becomes.* This isn’t some innocent misunderstanding of the situation; Randi had been told by multiple people that Shermer had done something blameworthy, and he believed them. (He warned about what would happen if he got “more” complaints from “people I have reason to believe” – implying that he already had some.) He doesn’t even have the slender reed of an excuse that he didn’t think the complaints were credible. But because he didn’t have reports that Shermer had done anything “violent”, he dismisses it with a “ho ho ho, boys will be boys, what do you expect when people are drinking” attitude.

You may also recall my recent Guardian article about Richard Dawkins. Some of the tweets I mentioned there show that he wanted to talk about the Shermer case without talking about it. That’s the only reasonable context for his victim-blaming advice to women who are raped: “If you want… to testify and jail a man, don’t get drunk” (as well as his even more appalling comparison of being raped while drunk to driving while drunk).

Unless you choose to believe that Dawkins just happened to be idly speculating on the topic of drinking and rape at the same time this controversy was occurring – as one of my commenters put it, popping off random facts from “the lottery ball machine of his mind” – the obvious inference is that he believes the allegations against Shermer should be doubted on those grounds. Yet he says so without making it explicit who or what he’s talking about.

There’s also Michael Nugent, chairperson of Atheist Ireland, who wrote several lengthy posts criticizing my Guardian article. Most of Nugent’s criticisms consist of endless hyperskeptical hair-splitting; but when I brought up the point about how Dawkins was clearly speculating about the Shermer case, this is what he said:

Nugent calls this “salacious speculation”, and says that he avoids repeating it to “help protect victims”. This would seem like a laudable concern for the privacy of rape victims, if you didn’t know that Smith intentionally came forward to tell her story. She wanted to go public to warn other women, precisely because she says she had brought this up privately with Randi’s foundation and they declined to act.

In that context, Nugent’s assertion that “allegations of rape should be reported to the police, not to bloggers” can only reasonably be read as a claim that rape victims should keep quiet and not speak to the media. If someone rapes you, you should go to the police and otherwise tell no one; and if the police decline to prosecute or don’t get a conviction, too bad for you, you should never bring it up again.** (I await Nugent’s post condemning Richard Dawkins’ “salacious speculation” about his own experience of being fondled by a schoolmaster when he was young. Doesn’t Dawkins have any concern for the privacy of victims?)

Next, there’s Jerry Coyne, who as I previously mentioned was very upset about my Guardian article. Three people have since told me that Coyne immediately banned them from his site for questioning or criticizing his post about me (1, 2, 3). One of them, ahermit, said this:

And now I’ve been banned from Coyne’s blog for pointing out the obvious…that Dawkins tweets were a response to the Buzzfeed article about Shermer. Can’t have people talking about that little problem now can we?

Lastly: One of the women quoted in the Buzzfeed article was the astronomer Dr. Pamela Gay. In a post on her blog earlier this year, “My mistake of silence“, she discussed the incident without using names. At the time, she said that someone she called “Famous Person A”, since named as Shermer in the Buzzfeed article, had tried to grope her. She also said that another individual, “person B”, intervened to protect her at the time but later tried to pressure her into silence:

I was cc’d on a chain of emails that resulted in person B denying my experience… It was clear these emails wanted me to retract my very simple account of what happened in 2008.

…Today I received the following threat from the person I thought was my friend, the person who intervened for me, person B. It was in the context of trying to get me to say nothing ever happened. He wrote, “I will also publicly speak about this as necessary, providing all documentation as necessary, including photos, emails, etc., and contact all relevant employers, as well.” He cc’d Famous Person A.

I’ve corresponded with Dr. Gay, and she’s agreed to speak on the record. According to her, “person B” is D.J. Grothe, the former president of the James Randi Educational Foundation. (The Buzzfeed article cited Grothe as saying that “he had never once received a complaint” about Shermer’s behavior.)

There is, of course, no law obligating anyone in particular to discuss the accusations against Shermer, much less to believe them. However, our community has consistently condemned religious organizations that try to cover up misdeeds by one of their own – and with good reason, in my view. Secrecy leads to unaccountability, to corruption, and hence to harm. Conversely, the truth has nothing to fear from open and honest discussion. It’s this same principle which leads me to conclude that these allegations deserve a hearing, at the very least. Intellectual consistency demands no less.

There are many, many atheists who’ve condemned Catholicism and other religions for covering up allegations of molestation by clergy, shuffling predators from one parish to another or trying to pressure the victims into silence. If any of the atheists who’ve said this in the past are now taking the position that the allegations against Shermer shouldn’t be discussed, those people owe the Catholic church a very large apology. As for me, I don’t believe in a double standard, nor do I expect religion to abide by any moral rule that I don’t strive to live up to myself.

UPDATE: There’s one more relevant piece of information that’s since come to my attention and that deserves to be mentioned here. According to a post Ophelia Benson published today (and alluded to in earlier remarks), around the time she was corresponding with Richard Dawkins to negotiate the language of their joint anti-harassment statement, he asked her to “dissuade people from spreading the ‘libellous allegation that Michael Shermer is a rapist or a sexual predator.’” She declined to do as he requested.

* It’s worth comparing Randi’s paraphrase of Shermer’s explanation of his behavior – “he had a bit too much to drink and he doesn’t remember” – to Shermer’s own description of his encounter with Alison Smith as “sober and consensual”: “She was sober. I was sober.” If these are referring to the same event, there’s obviously a significant contradiction. Or are there other stories that we haven’t heard?

** If this is not Nugent’s position, I’ll be glad to issue a correction. But in that case, I’d expect him to state that he thinks Alison Smith did the right thing by coming forward. So far, he’s ducked multiple opportunities to say so. 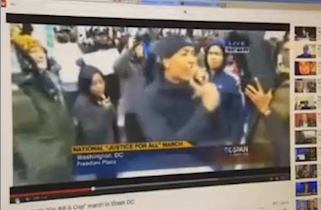