The Brother of James Earl Ray Links the CIA to the Murder of Martin L. King and Details His Abuse at the Hands of the FBI - The Constantine Report
0 SHARES

Assassinations » The Brother of James Earl Ray Links the CIA to the Murder of Martin L. King and Details His Abuse at the Hands of the FBI

The Brother of James Earl Ray Links the CIA to the Murder of Martin L. King and Details His Abuse at the Hands of the FBI 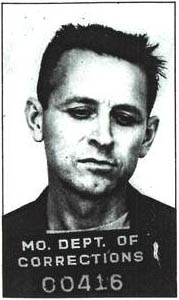 The following letter to Barry F. Kowalski, former special counsel at the Criminal Section of the Civil Rights Division of the U. S. Department of Justice, was written by John Larry Ray, brother of James Earl Ray, on March 8, 1999. I acqured this document shortly after it was written, and am revealing some of its contents here for the first time.

The letter has not been edited for typographical and grammatical errors. It is transcribed here exactly as typed. 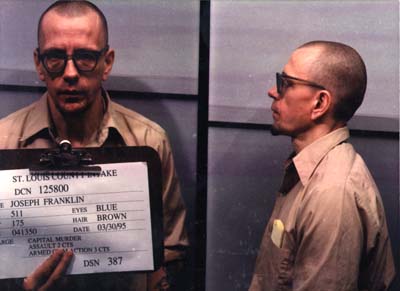 Joseph Paul Franklin, mentioned in the text, crippled Larry Flynt, publisher of Hustler, for life with a bullet meant to silence the publisher's investigation of the John Kennedy assassination. Franklin has never been tried for the attempted murder of Mr. Flynt, but was convicted for an unrelated homicide.

In 1998, u.s. attorney-general Janet Reno put you in charge of conducting a limited investigation into the shooting of Rev. Martin Luther King. A few months later, I made copies of confessions of James Earl Ray, and John Larry Ray to you, and told you to make information from these confessions available to the public, such information as:

• That military policeman James Earl Ray, and the OSS/CIA agents had connections to another racial shooting in Germany.

• That James Earl Ray accepted a sum of money from mobsters, and CIA agents in Illinois, and Canada to carry out some type of assignment.

• That since 1968, all the FBI directors, all the Attorney Generals, and members of Congress has buried this connection between Ray, and the CIA.

• That all the afore-mentioned FBI directors, Attorney Generals, and Congressmen carried out the following act of terrorism against John Larry Ray because he wouldn't join up with them in this Grand Conspiracy:

1) That the feds put John Larry Ray under custody for 18 years for supposedly picking a person up on a highway, who was not found guilty of robbing a bank in St. Peters, Missouri.

2) That the feds added an additional three (3) years to this sentence, because he was tardy about submitting a sample of his handwriting to the FBI.

3) That the feds ran John Larry Ray in and out of prisons, because he would not give testimony to Congress supporting their conspiracy.

4) That the feds tried to get serial-assassing Joseph Paul Franklin to give testimony that John Larry Ray was connected to the shooting of Urban-League president Vernon Jordan.

5) That the feds tried to put the SPECIAL DANGEROUS OFFENDERS ACT on the back of John Larry Ray.

6) That the feds beat on the head of John Larry Ray so much that he had to take two brain waive tests. Once at the Incarante Word hospital in St. Louis, Missouri, and once at the St. Johns hospital in Springfield, Illinois. Its believed by some doctors that such injuries can cause Diabetes.

7) That the feds withheld Diabetic medication from John Larry Ray, wich shortened his lifespan, and made a cripple out of him for life.

9) That the feds tried to put John Larry Ray in an Illinois insane asylum, because he would not go along with their Grand Conspiracy, but a sanity jury ruled, that there was nothing wrong with the sanity of John L. Ray.

10) That the feds accused,or charged John Larry Ray of committing more than 30 felonies in justifying holding him under custody for more than 25 years. 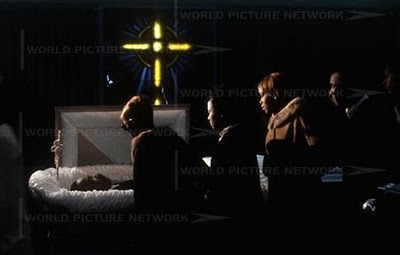