Dick Durbin and Monsanto: An Unholy Alliance That Will Put an End to Agricultural Freedom? 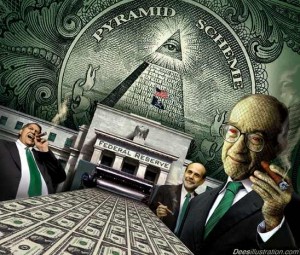 A hysterical rumor has been making its way through the Internet over the past few months alleging that Senate Bill 510, the FDA Food Safety Modernization Act, is a threat to small farmers and gardeners who like to grow their own fruits and vegetables. Worse, the bill was introduced by Illinois Senator Dick Durbin who is secretly in the service of the evil overlord Monsanto.

Let’s look at these allegations, shall we? We’ll examine a blog post by Michael Kwiatkowski which ran on firedoglake.com on August 10 and has been widely circulated on Facebook since then. The firedoglake provenance would appear to give it some legitimacy, but look closer. The post ran on The Seminal section. That’s not the news section, the one that’s staffed by journalists. That’s the community site, to which anyone — even someone with a crackpot theory — can contribute.

The post is headlined “Congress is Moving to Criminalize Home-Grown Food” and begins, “Congress — at the apparent behest of Monsanto — is moving to make it a crime to ‘grow, own, trade, transport, share, feed and eat’ one’s own food.” This, friends, is an excellent example of taking quotes out of context and twisting them to serve other purposes.

This piece of “legislative filth,” Kwiatkowski notes, is sponsored by Durbin and his seventeen co-sponsors include “Lamar Alexander, Kirsten Gillibrand…Orrin Hatch and the late Ted Kennedy (what the hell?).”

Let it be noted that the original bill was introduced in the Senate in early March 2009, when, we know now, Kennedy still had nearly six months left to live and was, therefore, still able to co-sponsor Senate bills. Maybe the skulduggery lies elsewhere?

The text of the bill, in both its original and amended versions, is available online for any citizen to peruse. There’s also a summary, in case you don’t feel like plowing through the 266-page original.

The gist of the bill is to expand the authority of the Secretary of Health and Human Services, the Secretary of Homeland Security, the Food and Drug Administration and the Environmental Protection Agency to prevent events like the current salmonella outbreak and current egg recall. (And if you don’t think the panic is real, have you tried to purchase a carton of eggs at a farmer’s market in the past week and a half? It’s been next to impossible.) It would require “each owner, operator or agent in charge of a food facility” — ranging, presumably, from small organic farms to behemoths like Kraft and Monsanto — to provide the government with more documentation of potential problems, like, say, salmonella outbreaks, so the government will have an easier time monitoring their distribution and finding out just how far, exactly, the contamination may have spread.

The Homeland Security part comes into play with imported foods, which will be subject to the same increase in documentation as domestic products.

On its face, a reading of the bill appears to give a reasonable concern for food safety. After all, it is important to protect human health from contaminated and other unsafe foodstuffs. But closer reading reveals that the discretion given to inspectors, and the general wording of the bill as a whole, would ensure that the larger producers would never have to face serious inspection — it’s the non-corporate, smaller food growers who stand to be most affected.

Why’s that? Kwiatkowski launches into a long digression about how high-fructose corn syrup is responsible for girls reaching puberty at earlier ages and increased childhood obesity.

One of his own commenters, Rayne, points out that Kwiatkowski’s information actually comes from the conflation of three studies. One, by the University of California, links increased fructose consumption in children to increased diabetes. Two other studies, one by Cincinnati Children’s Hospital, the other by Emory University, examined the early onset of puberty. The hospital identified weight gain as a possible trigger. Emory blames genetics and birth order. But none of the studies, as Rayne points out, has anything to do with high-fructose corn syrup.

Kwiatkowski believes that the Senate bill will exempt Monsanto from any regulations and allow it to run roughshod over American food and agriculture and drive small, organic farms out of business.

The link between the bill and Monsanto, apparently, is Durbin’s alleged servitude to the Missouri-based corporation. This information doesn’t come from Kwiatkowski’s post itself, but from a post by Steve Green on the site Poor Richard’s Blog entitled “S510 – Illegal To Grow, Share, Trade, Sell Homegrown Food SB S510 Will Allow Government To Put You In Jail ….” (Poor Richard’s, among other things, recently suggested that Google and the CIA are in cahoots.) Green, it turns out, actually works for the radio host Jeff Rense.

Rense is best known for being a rabid conspiracy theorist, though he also dabbles in “exclusive” reports of UFOs, pandemics among humans and animals, Holocaust denial and “Obama’s stunning march toward martial law.” Make of that what you will. (Rense is also a native of St. Louis and an expert on the life and career of the tenor Mario Lanza.)

Anyway, Green’s article attempts to summarize the bill, which, he writes, “would give Monsanto unlimited power over all US seed, food supplements, food AND FARMING” and “deconstruct what is left of the American economy.”

It puts all US food and all US farms under Homeland Security and the Department of Defense, in the event of contamination or an ill-defined emergency….It would remove the right to clean, store and thus own seed in the US, putting control of seeds in the hands of Monsanto and other multinationals, threatening US security.

Green’s summary literally made Gut Check scratch our head and go back to the original bill for a thorough re-reading and then a feverish search of the official bill summary for mentions of the Department of Defense and of seed cleaning.

Green is the one who has made the Durbin-Monsanto connection, though it’s still not exactly clear what that connection is. Green claims that Rep. Rosa DeLauro, who introduced a version of the bill in the House, is married to Stanley Greenberg, owner of a research firm that once represented Monsanto. Since Durbin introduced the bill in the Senate, the logic goes, he must be in cahoots with Monsanto as well.

However, according to the website Open Secrets, which tracks campaign donations, only two Monsanto employees have ever given Durbin any money. True, one was former CEO Robert Shapiro, but he wrote his last check to Durbin in 1996.

Perhaps there’s some hidden connection? Even though Monsanto is in Missouri and Durbin represents the great state of Illinois?

“Durbin has no connection with Monsanto,” asserts Max Gleischman, the Senator’s press secretary. “The bill is to strengthen the FDA’s ability to protect the nation’s food supply.”

Gleischman directed Gut Check to the website Snopes.com, whose purpose is to debunk the conspiracy theories and urban legends that people like Jeff Rense perpetuate. The Snopes article concentrates mostly on DeLauro’s original bill in the House, which is pretty similar to the one Durbin introduced in the Senate.

The DeLauro/Monsanto “connection” rumor purportedly started with an editorial in the Las Vegas Review-Journal that claimed that Stanley Greenberg’s firm worked with Monsanto. The paper later published a correction that explained that Greenberg had not done business with Monsanto in more than ten years.

Snopes also points out that the bill will only affect people who sell food, not people who grow it in their own back gardens.

There you go. Monsanto has plenty of influence and plenty of problems, but it doesn’t seem to be controlling Durbin or the FDA Food Safety Modernization Act.

Jeff Rense is an Ashland, Oregon-based Internet and satellite radio host who maintains a virulently anti-Semitic Web site, Rense.com. His radio show promotes a wide variety of conspiracy theories, often focusing on extraterrestrial aliens but including a great deal of anti-Semitism expressed both by Rense’s guests and Rense himself.

Rense.com, which claims to receive over ten million hits a month, contains thousands of regularly updated links to articles and posts on the Internet, many of which focus on Jews, Zionism, and the state of Israel. For example, the site has featured posts entitled “Coming Zionist Police State” and “Zionist Jewish Talmudic Massacre of Palestinians.” Rense.com has also posted at least one quote from The Protocols of the Learned Elders of Zion, an anti-Semitic tract that claims that Jews are plotting to take over the world — connecting it to a statement by former Israeli Prime Minister Ariel Sharon.

“A lot of Zionists were in the slave trade too. A tremendous Zionist/Jewish participation in that filthy business.”

Many of the posts on Rense.com link to some of the most virulent anti-Jewish writings on the Internet. For example, the site regularly links to RealJewNews, an anti-Semitic Web site run by Milton Kapner, a rabidly anti-Semitic street preacher who goes by the name Brother Nathanael and describes himself as a Jewish convert to Greek Orthodoxy. Rense.com has also linked to Judicial-Inc, which offers a regularly updated collection of articles accusing Jews of plotting every perceived ill in the world, from the mistreatment of Native Americans to the promulgation of pornography, to even being Jack the Ripper, a late 19th-century English serial killer. On its front page, Rense.com often features anti-Semitic images by the conspiratorial artist David Dees, including some that explicitly deny the Holocaust. The Web site also maintains an archive of Dees’ images, many of which are explicitly anti-Semitic. …

Rense has also hosted overt anti-Semites on his radio show, including Ted Pike, an Oregon-based anti-Semite, who denied on the show that the Nazis had built the Auschwitz concentration camp or used it for the murder of Jews. In addition, Rense has offered a platform to Lyndon LaRouche, an anti-Semitic conspiracy theorist, and to Hector Carreon, the founder and editor of “La Voz de Aztlan,” an anti-Semitic online publication. 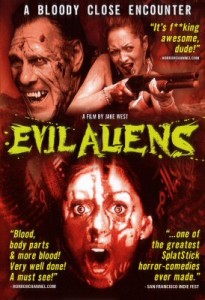 Prior to hosting his current radio show, “The Jeff Rense Program,” Rense hosted “Sightings,” an Internet radio show that focused on alleged human contact and sightings of extraterrestrial aliens. (“Sightings” was first known as “The End of The Line” and was broadcast on an AM channel out of Santa Barbara, California.) Before that, Rense claims to have worked for 12 years as a local television news director and anchor at various locations in California and Oregon. Rense.com first appeared in early 2000, when “Sightings” was renamed “The Jeff Rense Program.” …