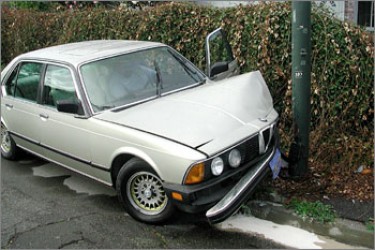 Despite its acknowledgement that the family's ties to the Nazis have been played down, the Quandt family members insist the details of Günther Quandt's past are not entirely new. A 2002 biography covered much of the same ground. It's also been known that Quandt's wife Magda Ritschel, whom he divorced in 1929, remarried Nazi propaganda minister Joseph Goebbels in 1931 and that Goebbels adopted Quandt's son Harald. Adolf Hitler acted as witness at the wedding.

Many German companies including BMW, Volkswagen (VOWG.DE), and Deutsche Bank (DB) already have explored their own wartime collaboration and misdeeds during the Nazi era, publishing books, turning over documentation to experts, and paying millions of dollars into funds distributed to forced-labor survivors. Volkswagen's book documents its deployment of 20,000 slave laborers during the Third Reich. In 1999, BMW and other German companies founded the "Remembrance, Responsibility and Future" foundation, which provides compensation to former forced laborers.

The Quandts, by contrast, have remained silent about their past, perhaps fearing a global public backlash against the BMW brand. Until now, the family has refused historians access to its Nazi-era historical archives and papers—and it still has not acknowledged that Afa factories made use of slave labor from concentration camps.

The Oct. 5 statement by the family noted that Quandt-owned companies BMW, Varta, and Altana, as well as individual family members, contributed to national funds established to compensate former slave laborers but did not mention the sums contributed.

Edmondson is a senior correspondent in BusinessWeek's Frankfurt bureau .